I was pre-fishing a charity kayak fishing tournament in Jacksonville, FL. I had a friend up in Fernandina Beach and my fishing partner and I decided that would be the area to fish for the tournament. After getting some great info from a local guide, we paddled into an area of grass, flats and oyster bars that seemed the perfect place for the fish we were trying to catch. We knew the tide was on its way out, but one thing I did not bother to check before leaving was the tidal change.

In coastal Virginia where I normally fish, the tidal variance is 2-3 feet. In this particular area (Florida) it was 6-7 feet. You could literally sit in place and watch features appear or disappear, depending on the tidal flow. My partner and I were in contact by radio and he was out in a main channel while I was trying to coax a fish to bite deep in the back flats.

After 30-40 minutes, he called on the radio to tell me that I needed to get out of that area as the water was draining fast. Of course, I could just look around and tell that, but of course, being both persistent and stubborn, felt I had "one more cast" in me. Well, I finally realized that the water was indeed getting very shallow and decided to leave. I took about 10 paddle strokes and then firmly lodged in the soft mud.

No problem, it's happened before. I tried to push my way through and the more I tried, the more the water drained, and the more "stuck" I got.

By now, I'm basically sitting on a mud flat. So figured that maybe I had a shot of getting out and pushing or walking the kayak out. I did regain some common sense and decided to just put one foot over the side to see how firm the mud was. Turned out, it wasn't. I immediately sank up to my knee in thick, nasty, smelly, black mud. Oh, did I mention this was in Florida and it was like 95 degrees??!

So now I'm sitting in my kayak, leg full of mud (with no way to wash off), and wondering what the next move should be. I could see open, deeper water maybe 30 feet from where I was, but it might have as well been a mile. Then I got another great idea. I had an anchor on board with 50 ft. of rope. I could throw the anchor into the deeper water, hook up, and pull myself out. Brilliant, right? Not really.

I made the perfect throw, rope unfurled perfectly, anchor landed in the middle of the deeper water, and then I proceed to drag in 50 feet of now mud-slimed rope and a muddy anchor. I might as well have thrown it into chocolate pudding, as it had about the same consistency (but pudding smells much better). So now joining my muddy leg is another muddy mess.

But I was still determined to get out. While it was pre-fishing day and not the actual tournament, sitting on a mud flat for hours until the water returned was not on my "to-do" list. So I did the only thing I could... I started kind of "hopping" the kayak over the mud and used my paddles to help the propulsion as I bounced up and down. SLOWWWWWLLLLLYYYYY.... it took almost an hour for me to make it to open water, but I finally did.

About that same time, my fishing partner came cruising back to look for me, took one look, burst out laughing, and started yelling: "Mud Turtle!"

Mud Turtle? I had no idea what he was talking about until I turned around to look at where I had come from. Sure enough, the bottom of the kayak had formed the nice straight line that could have been made by a giant turtle shell and where I had used the paddle blades in the mud lined up exactly like turtle flippers. It actually did look like a giant turtle had climbed up on the mud flats to lay eggs. Sadly, neither of us took pictures or that nickname might have stuck. 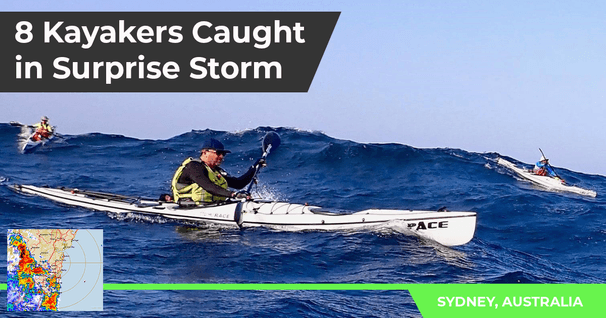 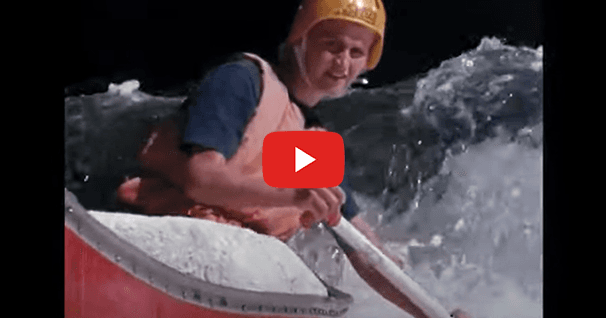 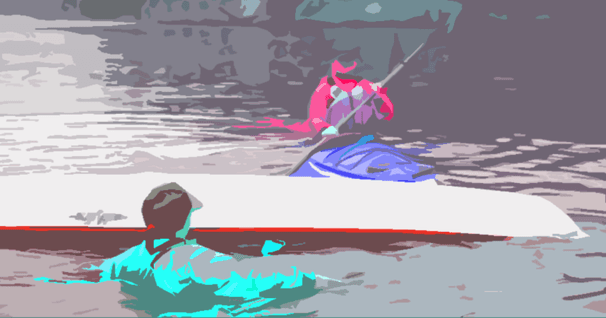 A Paddler's Post submitted by Ken Penland - Williamsburg, VA It was the second day of an intense…