What is a Tidal Stream?

So far, we've talked about how the water goes up and down. As it comes up, it pours into various bays and channels, and as it comes down, the reverse happens; it has to pour out again. We call these tidal streams, this movement. From low water to high water, the tidal movement, the stream, is called the flood. From high water to low water, that's called the ebb.

Where the shape of the land is straightforward, the tides are relatively straightforward. Where the land is very indented and there are lots of bays and channels, then it can get more complicated. For example, the high and low water won't necessarily correspond exactly to when the tide turns. There are differences at a more local scale, as well. As you approach your headland, for example, the tidal stream is squeezed around the headland and over the submerged part of the headland, and it has to go a lot faster, the water. Just the same as between a channel between an island and the mainland, the tide is squeezed through that channel. This is a bit like sticking your thumb over the end of a hose pipe and you find that the water squirts over a lot faster when you do this.

In some ways far more useful is the Rule of Thirds. What this tells us is how far we would move over a given period of time, what's known as tidal drift. Again, it's not really a fixed rule; it's more of a rough estimate. Many people think the Rule of Thirds is about speed. It's not. It's about how far you'd drift with the tide relative to the maximum flow. It's easiest to explain if we assume a maximum flow of 3 nautical miles an hour. In the first hour, if you sat in your kayak and didn't paddle, you'd drift 1/3 of the maximum; 1 nautical mile. In the second hour, you'd drift 2/3 of the maximum, 2 nautical miles. In the third, you'd drift 3 nautical miles. Add to this your paddling speed, or subtract it if the tide is against you, and it helps to estimate how far you've traveled under a combination of your own power and the tide.

Imagine the tide has turned and the tidal stream is flowing against us in the opposite direction. In Hour 1, we may put in the effort to cover 3 nautical miles, but because we are paddling against the 1-knot drift, we cover just 2 nautical miles. In Hour 2, we again put in the effort to paddle 3 nautical miles, but the drift against us has risen to 2 knots; so we cover just 1 nautical mile. In the third hour, the drift against us is equal to our paddling speed at 3 knots, once cancels the other out. We could paddle for the whole hour and not cover any ground. This is just one way in which we can work out the extent to which tidal streams can help or hinder our progress.

This is a very rough rule, and there are more precise ways of calculating tidal drift. However for most practical navigation purposes on the deck of a kayak, that's all you're ever going to be able to use or need.

The video clip shown above is a segment taken from the DVD: "Sea Kayaking with Gordon Brown: Volume 3" 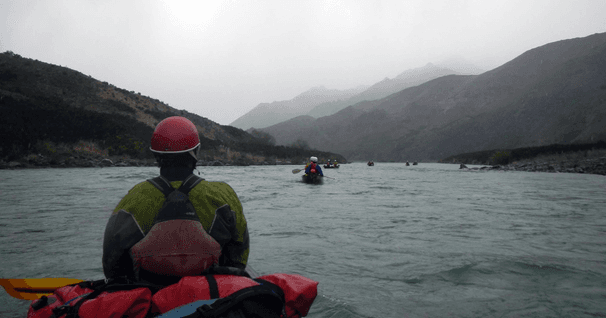 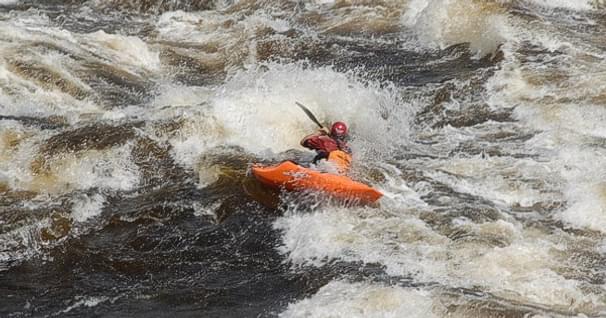