Launching a SUP through the Surf

One of the biggest reasons stand up paddling has exploded in popularity is because it offers something for everyone. For some people, it's a great way to get themselves or their family outside and active. Others use paddle-boards to enhance the experience of activities like fishing, yoga, or snorkeling. But for many, it's the idea of surfing that makes stand up paddling so attractive.

And so, in this video, we're going to look at the first skill that any would-be suffers need to learn, which is how to properly and safely launch and paddle through a surf zone.

Your first job is to choose an appropriate surf spot. If you're watching this video, you're probably new to SUP surfing. So the ideal surf spot will be a sandy beach, free of rocks and reef, knee-high waves, minimal wind, and no one else nearby that you or your board could hit when, not if, you lose control.

Before you head ever out into the surf zone, you're gonna wanna make sure your leash is attached because your leash is the single most important piece of safety gear. Not only does your leash keep you connected to your board for your own sake, but it protects anyone else in the area because a runaway board is no laughing matter. That being said, it's important to use the right type of leash to maintain control of your board and avoid injury.

In particular, your leash should be about the same length as your board. And you're gonna wanna use a straight leash instead of a coiled leash. The reason for this is that a straight leash is gonna have less recoil when you fall off, so the board won't pop back towards you as fast. And also because a coiled leash tends to get tangled around your paddle in case you do fall.

It's also important that you attach the leash to the ankle of whichever leg is closest to the tail of the board when you're in a surfing stance. To launch in a surf zone, wade into the water with your board in one hand, pointed directly into the oncoming waves, and your paddle in the other hand. Once you're in water deep enough so that you know that your fin won't hit the sand, you'll wanna to place the board on the water and put your hand on the tail of the board.

You can always control your board from the tail. This is because when oncoming waves hit the board, you're easily able to push down the tail to let the nose ride up and over the top of the oncoming waves. Once you're in a position where there are no more oncoming waves, you can then hop on your board.

You're typically gonna want to stand a little further back on your board than you would normally for flat water paddling. This helps keep your nose up when you're paddling out and punching through waves.

In the early stages, it's good to stay on your knees while paddling out through the surf zone. Once you're comfortable doing this then you can try it standing up. Either way, when a wave breaks in front of you, paddle hard to get some speed going. And then just as the white water reaches you, take one last stroke.

This last stroke is designed to keep you balanced as you go through the turbulent water as much as it's designed to propel you forward. So don't try to pull really hard on the stroke. Once you're through, keep paddling until you're out past where the waves are breaking.

One thing to understand is that waves don't roll in and break on a beach uniformly. Some areas of the beach will have bigger waves than others. So take a few minutes to watch and pick the best spot to go out.

Also remember that waves often come in sets, or groups of waves, and if you wait until a set rolls through, the surf will be a lot calmer and easier to paddle through.

So there you have it, a quick overview of how to launch in the surf zone. 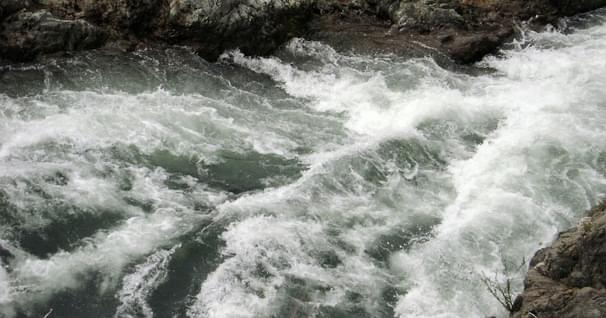 The power of water can be intimidating, especially fast moving whitewater. Humans tend to fear what… 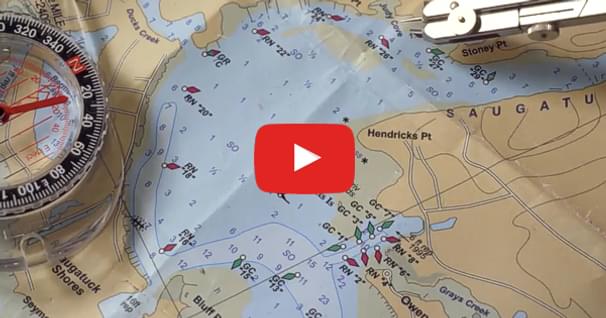 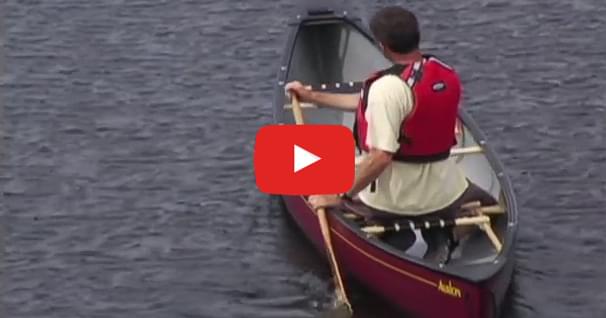 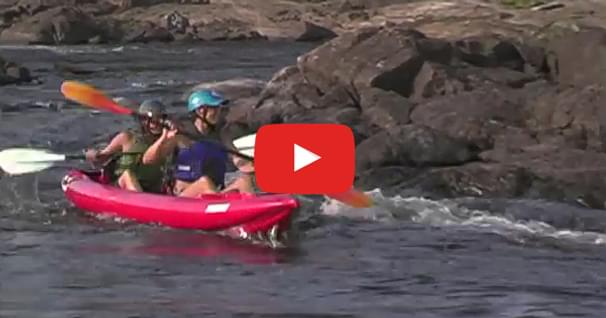