Quite often you're going to want to turn or spin the kayak around or pivot so that you want to be turned around looking back from the direction you just came. Maybe you do a rescue. Maybe you want to turn around and go back to shore. Maybe to just turn around in the wind. One of the best ways to do that is to use a combination of sweep strokes, the combination being the forward sweep and the reverse sweep. Both of these strokes are low shaft angle or horizontal shaft angle. They require you to rotate your torso in the forward sweep, get the back of the blade near the hull, and then you're going to sweep away to the back end of the boat.

The basic forward sweep stroke is a tip to tip stroke, meaning a bow to stern stroke. Where the catch position is with the back facing the paddle literally up against the bow of the kayak by your foot. The paddle shaft is as horizontal as you can make it, and at the same time keeping the blade fully immersed. 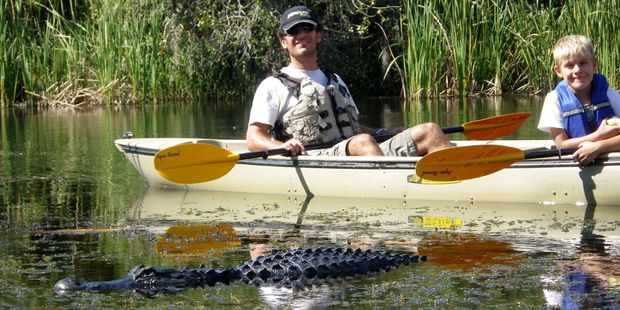 Discover the beauty of kayaking in the Everglades with Everglades Area Tours!

So if I were going to be rude and turn my back on you, I want to spin the kayak back that way. I use a forward sweep on one side and a reverse on the other, and it looks like this. You want to be sure that you're powering these sweep strokes with your torso as opposed to with your arms.

One way to help you do that is to watch the paddle blade from the beginning of the stroke to the end. So I want to rotate my torso forward, wind it up, and as I unwind watch it all the way to the end. Use the torso. 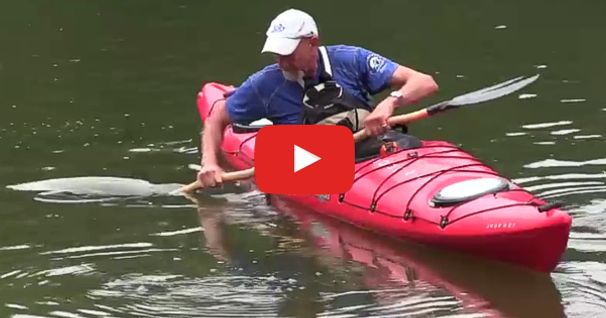