Kayak Fishing Traditions to Pass Along

A few weeks ago, my family went down to the beach for a day of sun and sand. Among those in attendance, was my 3 year old granddaughter. Actually, going to the beach was her idea. Of course, I had to pack a few angling toys, you know, just in case I spied something out past the breakers. I netted some bait, and had it in a bucket on the beach. I got rigged up and stomped through the surf, initially eyeing the horizon. I quickly realized that the real show was behind me, back on the beach. There, they were - my wife, our daughter, and our granddaughter. 3 generations, feeding "sleeping" baitfish to the birds. Though this is a simple act, it's giving her a memory of something that will hopefully be a good memory. I hope that someday, this will be one of those "I remember when …" moments that she'll smile about.

I made my way back through the breakers so I could hang out with my girls for a while. Then, my granddaughter said it. "Papa, can I go fishing with you?". At 3, I don't think she really understands the concept of fishing, but that wasn't the point. She saw that I was doing something, seemed like fun, and she wanted to do it too, with ME.

So now, let's apply that moment to where we stand in the evolution of paddle fishing. As I browse dozens of forums, attempting to monitor the pulse of this sport, I see more and more instances where young people are being introduced to it. For many, the sport of paddle angling will be the "tradition" that is passed down to the next generation. Paddle angling will be the way these kids learned to fish. We (the self proclaimed veterans) certainly have some degree of responsibility to pass along the sport with some degree of honor.

WHERE WE CAME FROM:

California. A surf board with rod holders fashioned to it. The Ventures and Dick Dale providing the mental soundtrack. Paddle fishing cuts its baby teeth. Who is this noisy child? This is a passing fad.

WHERE WE ARE NOW:

Years later, paddle fishing is a multi-million dollar business. Numerous kayak and canoe companies vie for our consumer dollars. Each season we see more and more kayak/canoe models fashioned just for our sport. We have our own tournaments. We have rods built just for our sport. And once in a great while, the traditional fishing magazines even have a paddle angling feature …. once in a while. In the recent history of angling, nothing has had this sort of impact. Well, that banjo minnow thing had its moment in the sun, but that was just a moment.

Well, that up to us, I guess. I sometimes reflect on my fishing roots - what was the accepted practice (tradition?), right and wrong, and what would/wouldn't land me in deep trouble with Dad. My interpretation of the unwritten rules:

That was then (Lyndon Johnson was in office), and this is now. The more things change, the more they stay the same. Still, we need to adapt, grow, and pass it on. More than that, we need to plant some seeds, and therefore help guide the future of this sport. It's a sport, its fun, its recreation. But there's an opportunity here - us "veterans" should capitalize on it.

Your mileage may vary, but I'll throw my paddle angling "traditions" out there for your review.

Personally, I have no issue with someone taking their catch home for dinner, provided they harvest it legally, store it properly, and eat it promptly. But hopefully, there will be times when paddle fishing can be more about paddling and exploring, and less about catching and keeping fish. I want to teach the next generation that if you have any food at home that releasing a table worthy fish is like giving a gift to someone else.

A THOUSAND WORDS ARE BETTER THAN A SINGLE PICTURE:

The internet is littered with pictures of fish caught by all means possible. The majority of fish that I've seen are merely catches. No potential world records and no personal bests. They're just pictures of fish taken, for no other reason than to prove that a fish was caught. And, who knows how many of those photo ops turn into death sentences for the fish. Instead, tell whoever you need to about the one you let get away. Either they'll believe you or they won't, and life will go on either way. That will also tell you a lot about yourself and about the company you keep.

I'm lucky enough to have more than one boat. You don't have to look very far to find kids that would benefit from spending a day on the water, and my boat(s) would certainly help make that happen. Make it happen.

Go out, have some fun, catch some fish, make some memories. But on the way back to the launch, hug the shoreline and collect some trash. Make it a game, or simply make it a tradition. Win/Win.

I don't expect to have a monumental impact on mankind. I would hope to have some influence on a very local level, and possibly provoke some of you to do the same. We have quite a collective voice - let's use it.

Still there's one thing that I can't wait to hear in my granddaughters voice:

So, what do you want the next generation of paddle anglers to consider as "tradition"? What do YOU feel is important? 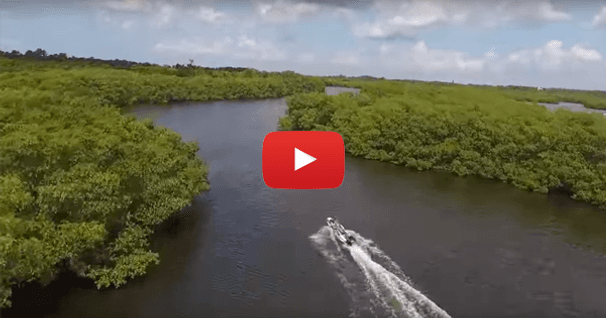 Building a Kayak with a 5hp Motor

When your arms and core get tired from paddling, give this a try. Major assembly required. 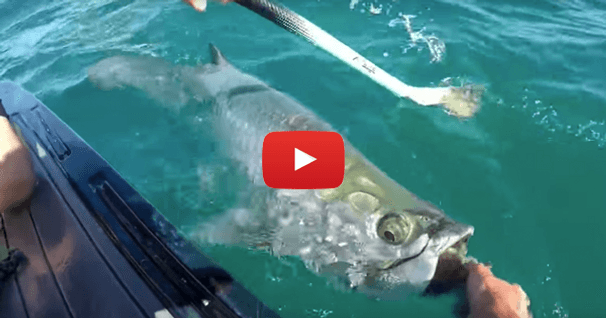 Watch a couple SUP Anglers hook a monster tarpon that took them for a ride, and after a good…