How to Purify Silty Water

Eastern and midwestern waterways are generally clear and inviting. Not so in the far west and parts of some Arctic rivers. Desert rivers like the Colorado, Green and Missouri especially, are brown-colored and too silty to drink. Visibility is measured in centimeters. The water, which looks like chocolate malt, has a murky, raspy taste. You won't want to drink it even if it's technically potable. What to do? 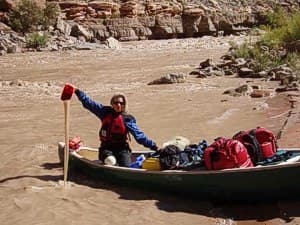 If you try to filter out the silt, your filter will quickly clog. Some people tie a piece of nylon stocking (pantyhose) over the intake hose of their filter; others rely on a commercial pre-filter of some sort. But the silt is so fine, and there's so much of it, that nothing works very well for very long. For this reason, most people just buy water in plastic jugs and carry it in their canoe. But at 8.4 pounds per gallon, the weight adds up quickly.

A lighter solution is to use alum to settle the silt, then purify the clear water with chemicals or a filter, or my favorite, the SteriPen™. Alum is used in home pickling to add crispness, and as a settling agent in water treatment plants. It is non-toxic and tasteless. Most pharmacies have it. A twelve ounce (340 gram) bottle contains enough alum to settle about 24 gallons of silty water. 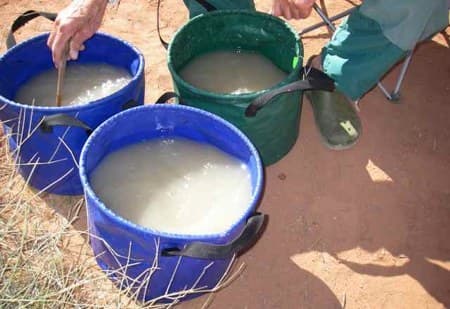 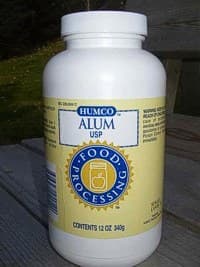 I've used the this method to remove silt from river water on the Green River, Rio Grande and Little Missouri Rivers. It works great!