How To Overcome a Bad Paddling Experience

On overcoming a bad paddling experience...

I received a note from a reader where they said “my kayak flipped once, and now I can't go on small watercrafts without having a panic attack.”

The comment made me think of a story of something that happened to my wife and I in the beginning when we were just getting into kayaking. I don't know if I've shared it on this channel previously or not, but whenever we went on vacation, we realized we always liked being on the water – be it in rented kayaks, boats, or any other watercraft.

On this occasion, we went white water rafting with a group of friends for the day. This was the first time we had ever done it. It was going to be in a very safe place, rapids were going to be really easy, not a big deal, it was just going to be a fun day on the water.

The rafts were small, fitting only four people per raft. As we were paddling, we got to a place where the water started moving and there was a bend, and a big rock. As we were making the bend, we were trying to avoid that big rock but we weren't fast enough. We ended up hitting the rock and going up on it a bit, and so we were doing what we were told – that we had to try to even out the raft and try to make it so that it didn't fill up with water. We were also trying to get off the rock as well.

Now, in the raft right behind us (also with newbies) they were having trouble with control as well. Not only did they end up hitting us, their raft went on top of ours and we fell out. I ended up being under both rafts, stuck under in front of the rock and I felt like I couldn't move. And you know, growing up, as a kid we always swam and we used to challenge each other to how long you could hold your breath underwater, or how many times could you swim across a pool or whatever. But when you're in a situation like this, that kind of thinking quickly goes out the window and you start freaking out…

In any case, I felt trapped under both of these rafts, I didn't know where my wife was, but then I really thought, “no, you you've got this, you have time.” I just waited a little bit until I felt like I could move from under the raft, made my way to the side and once I popped up I saw my wife was just floating down the river. Thankfully she was fine, everybody on the on the rafts were fine, but for those few moments when I felt like I was just stuck under the rafts it really freaked me out.

After that experience I wondered if I'd feel okay going kayaking or just being on the water. So what we thought to do was to set up lessons as we got into kayaking and then through working with instructors and understanding how to handle not only the kayak but myself, my breathing, learning to roll, these were all things there became tools that I used to counteract what I felt at that time. Then as I progressed and I felt more confident, all of that anxiety diminished.

To the reader's point, I was having similar feelings when it came to water sports in general, and what worked for me was finding ways to go around it and then eventually push my skills with people that I felt put me in safe scenarios. That really helped me overcome those feelings.

Whenever I took rock gardening classes, I was always very hesitant to get near rocks because of this experience. There were situations where I explained my fears to instructors (and you can do it privately) and they were able to put together exercises that allowed me to inch my way in and feel safe as I was learning. In turn, I then felt more confident to try things out.

For example, I went rock gardening in Rhode Island for an event with a fantastic group of paddlers and instructors. Our instructor John picked one of the spots that he thought would be perfect for me to not only feel what it was like to be next to the rocks, but to actually jump out of my boat and be in the water next to the rocks. So as the group moved on to do something else, or explore another area, John stayed back with me and remained next to me giving me pointers. I was able to jump in get a feel for how the water was moving me around these rocks and that was a huge opening into what then allowed me to continue growing those skills and reduce anxiety around rocks.

I hope that wasn't too long of a story but I just wanted to say thank you for the comments and questions and things that keep coming in because I hadn't thought about that story in a while. That reader's comment sparked it and I thought, “you know, this story might help someone that maybe has gone through a similar situation and is trying to find ways to overcome that.” So, if you flipped over and are having a tough time getting back in a kayak maybe the way to do it is gather friends, gather instructors, try to sign up with a club, or find people that will help you get more at ease in scenarios like that. You can go out first when it's super calm, you can try different kinds of kayaks, maybe one will make you feel more comfortable versus another, and then slowly you can build your way back up so that you can build that confidence. A lot of times confidence and skills can both go up and down together, so that might help you get to wherever you're going next. 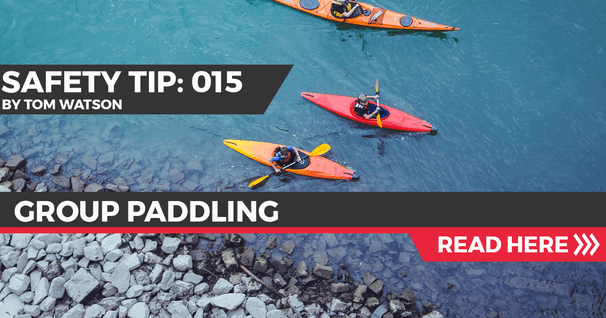 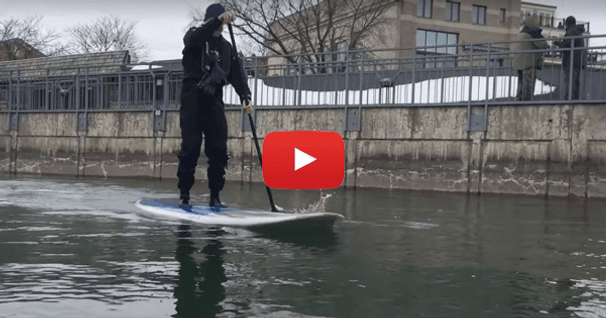 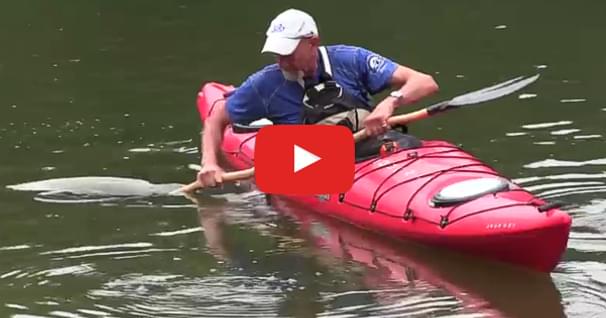