How to Make Your Canoe More Durable with Skid Plates

In this video, Alex of Northern Scavenger talks about the benefits and disadvantages of having skid plates on your canoe. He then demonstrates the entire installation process.

Pros and Cons of Installing a Skid Plate

Some of you might be wondering, why would you add a skid plate to your canoe? I know there's a number of people that wouldn't add a skid plate to a brand new canoe. They might wait for the canoe to get a little bit beaten up first and actually have them start worrying about the overall strength of the canoe. I know there's some people that don't think that they're very good looking. Finally, there is a little bit of extra weight when adding skid plates, so maybe an extra pound or two that you'd be adding to your boat. In the grand scheme of things for me, it's worth the extra durability of adding one of these and I also wanted to test this out. I just wanted to try as an experiment, add some skid plates to see what the extra durability does. Does it affect the feel of the boat at all? Do I feel like this is actually adding some good protection to the boat? And is it worth putting on right away? And so that is why I decided to add it and I just want to add a little extra protection for the canoe because we do beat the heck out of these things on our trips. And so having that skid plate is just going to be a little extra peace of mind for me when I'm out on the water.

How to Install a Skid Plate on to Your Canoe

So the first step was to make sure I was working with a clean surface. I placed the Kevlar skid plate down in order to figure out exactly where I wanted to place it. You want to have the skid plate start about nine to 10 inches from the tip of the canoe. You also want to ensure it is lined up with the center of the canoe before taping it into place. Once it's held in a secure place, it's time to tape around the outside of the skid plate. I tried my best to keep about half an inch around the outside of the patch so that the epoxy can create a seal around the outside edge of the skid plate. This also makes for a nice clean finish when you remove the tape at the end. I used a few different techniques to do the rounded corners with some smaller pieces or just trying to use one large piece and pushing it into place. Either way, I ended up taking a knife to clean up the corners.

Once I had the tape in place, I removed the materials so I could start sanding. Trust me when I say it wasn't easy to do this to a brand new canoe. This hurts to do this to a brand new canoe. The reason we sanded was so the epoxy has a rougher surface to cling on to for a stronger bond. The more you can wrap this up, the better the epoxy will hold. Once the entire area was sanded, I used a cloth with a little bit of isopropyl alcohol to clean the surface of any oils and any dirt that might be left. Now adding the epoxy can be a messy process with a lot of dripping. I ended up taping garbage bags to the perimeter to ensure that I wouldn't have any drips along the side of my shiny new canoe.

Once the whole area was protected, it was time to mix epoxy resin. It's recommended that you wear gloves, eye protection and even a mask when working with epoxy. I ended up using Solo cups so that I can easily divide the epoxy between the bow and the stern of the canoe. The mistake I made here was mixing both the Part A and Part B of the epoxy for both ends of the canoe in the beginning. So by the time I had finished working on the first skid plate, the epoxy had almost harden for the second side. I actually ended up starting to apply it before I realized that it was starting to harden and this requires me to have to go back and chip it all off and sand down the surface again - complete nightmare, so don't do that. When applying the epoxy you want to work as quickly as possible. I started by applying a thick layer to the boat before placing the patch on top. This helped ensure that there was a good base of epoxy under the patch before I placed it down. I know other people that use larger buckets and actually dunk the entire patch into the epoxy before applying it to the boat. I think either method works once the patch is placed down. You want to try to soak it with epoxy. I tried to get as much of the resin in there as possible and sometimes use my gloves to help work it into all the areas.

Once I was done with the first side, it was time for the second. After I cleaned up the mess I had made from the hardened epoxy, it was time to get started. The other downside to my mistake was that I had to go out and buy more epoxy and it isn't a cheap product. The new epoxy did come with some snazzy measuring cups to ensure I was getting the right mix of epoxy. This was much easier to work with than the Solo cups. The second skid plates seem to have received a much better coat of epoxy. I think this was both because I had more epoxy to work with and also I had more experience at this point.

Final step is to remove the tape. You want to wait until the epoxy is tacky to the touch. Not completely dry but also not dripping anymore. Once you remove the tape, it will leave the perfect clean edge along the outside of your skid plate.

All in all, this process was not overly difficult and I hope this video helps you if you want to add a skid plate to your canoe. I've used mine for a full season at this point and they are both still very much intact and I haven't had to do any repairs. I also have not noticed any significant change in the weight or maneuverability of the canoe in the water. So all in all, I would say it was a success with the skid plates and I think I would install them on my future canoes as well. If you've paddled, owned, or rented a canoe, you've experienced the importance of having a good,… 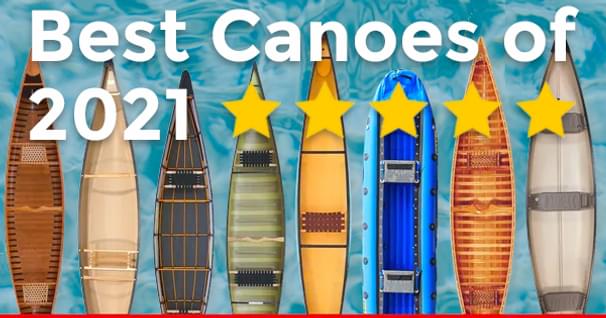 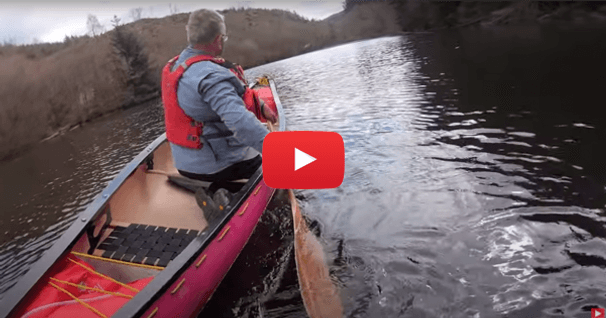