How Important is Canoe Strength?

My first remote country canoe trip was in 1974.  We began at Folliet, Ontario and cruised the Groundhog River to the Mattagami, then down the Moose and on to Moosonee on James Bay--a distance of around 200 miles/21 days.  I had planned to use my 17-foot, shoe-keel Grumman aluminum canoe for that trip because it was stone-tough and its shallow keel wouldn't catch on rocks.  But I quickly realized that three weeks of food and gear were more than a boat-full, so I abandoned the plan and swtiched to my other canoe--an 18-foot lightweight Grumman.  The big Grummy could easily handle the load, but I questioned if it was strong enough to survive the rapids we would encounter.

I was a huge Calvin Rutstrum fan and had read every book he wrote.  Rutstrum praised the 18-foot lightweight Grumman in his classic work, "North American Canoe Country," (MacMillan,1964).  But 10 years had passed since its publication so I thought he may have changed his mind.  I wrote him a letter asking if I could trust the lightweight for a trip to James Bay.  He answered me within the week.

He wrote: "Cliff, The 18-lightweight is big enough and strong enough.  And it's lighter to portage than the standard 17.  I would never take anything but an 18-foot aluminum canoe far beyond the trailhead!"

That was enough for me; I took the big lightweight even though I felt uneasy about its strength.  I was well into the trip before I was comfortable with my decision. The lightweight aluminum hull wacked a lot of rocks on its way to the Bay, but scratches and dents were the only sign.  Most importantly, the big boat ran much drier in rapids than the 17-foot Grummans my friends paddled. The big test came when our three canoes inadvertantly ran a four foot ledge.  The 17's flooded out and my friends had to swim.  My 18 took water but we could easily paddle it to shore.

Decades of canoeing northern rivers have convinced me that the strength of a wild river canoe takes a back seat to these variables: 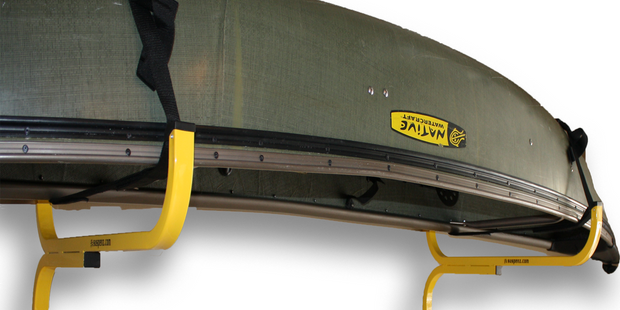 How much hull strength do you need in a wilderness tripping canoe?  Less than you think.  Over the years, I've built three woodstrip solo canoes and have used them all in rapids up to Class III.  Yes, I've smacked rocks, abraided fiberglass and had some leaks, but duct tape saved the day until I got home and could administer a proper patch.  My experience suggests that a well-built woodstrip canoe (which is actually a fiberglass canoe with a wood core) is strong enough for rivers up to class II+, if it's appropriately designed and the paddlers are skilled.  It's imortant to note that on wilderness trips, challenging rapids are almost always scouted and choreographed before they are run. Why?  Because you can't crash and burn when help is an airpline ride away!  The strongest canoe may not survive a wrap around a mid-stream boulder, so best avoid the experience.

Whether a canoe survives a wrap around a boulder or not depends partly on the gunnels.  If they hold, the canoe may too.  If they don't, the strongest hull may go. Ironically, good wooden rails (namely American white ash!) often trump aluminum here.  Why?  Because unlike wood, bent aluminum does not spring back into shape.  The more you bend metal the less resistance it has to being further bent.  As the bend tightens, more of the hull becomes exposed to the current, and more water pours in.

Wood rails, on the other hand, increasingly resist bending (until they break, of course). With American white ash of the proper thickness, the breaking point may exceed an angle of 90 degrees!  Some years ago, I wrapped an ash-trimmed Mad River Kevlar Explorer around a boulder on Ontario's Steel River (see photo) The Kevlar broke in a dozen places but the rails held (the bending strength of white ash is 7400 PSI!).  When the boat released from the rock, it sprang back into shape, and while there was significant structural damage, there were no leaks.  This suggests that in a wrap, at least, wooden rails may be superior to metal.

Indeed they are, not just because they're smaller and are paddled alone, but pound for pound they are stronger than equivalently built tandem canoes.  Why?

Consider two canoes, one 76 pound tandem, one 38 pound solo.  Assume both are constructed identically (same Kevlar/carbon/blah-blah layup).  The tandem boat has two paddlers and four packs (total weight = 500 pounds); the solo has one paddler and two packs (total weight = 250 pounds).  Question?  Which boat will incur the most damage if it whams the same rock at the same speed?

If you said "tandem" you know your physics.  The tandem boat is twice the weight of the solo so it will bang the rock with double the force.  Remember this when you choose the hull material or composite layup for your next solo canoe!  Opt for a high-strength (heavy) layup only if you have minimal skill or paddle dicey rapids with a heavy load.

Yes, hull strength is important, but resistance to abrasion may be more important.  Why?  Because canoes more often die from being dragged (loaded) over rocks than from being holed in a rapid or wrapped around a boulder.  Of course, canoes can be built "too light" for wilderness travel.  But arguably, what most paddlers think is "too light" is really "too heavy".  My preference?  For flatwater, the lighter the better. For rapids with a week plus tripping load, a 17-foot, 70 pound composite tandem canoe or a 14-16 foot, 32-40 pound solo is adequate.  Be aware that there's a reverse relationship between hull durability and repairability.  Plastic and metal canoes are tougher than wood or Kevlar canoes, but repairs are a glowing testimony to the rocks they hit.  Wood and composite canoes are the only ones that are easily mended to "cosmetic perfect". 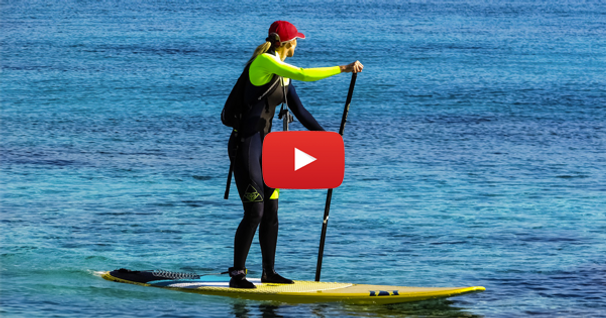