It was the second day of an intense American Canoe Association kayak Instructors Certification course. We paddled as a loose group of eight boats with the purpose of practicing open water rescues. My assigned partner, one of the venerable instructors (whose name was Bob), quietly turned off to port and paddled away while I was listening to a conversation between boaters on my right. In an instant, he purposely flipped his kayak and began loudly banging and rubbing his palms over the inverted hull to signal his need for rescue.

I had looked his way just in time to see his boat go over and shouted: "Boat over, I've got it" as we had been instructed to do. Being closest, and the first to have seen him, it was now my job to affect a rescue. He was about 30 meters (100 feet) away and I poured on the power to reach him as promptly as possible. I had a narrow bladed touring kayak paddle I had recently bought and was using for the first time with my seventeen foot sea kayak. This paddle, while lighter, featured a blade substantially smaller than those I used regularly.

Approaching his flipped kayak at nearly full speed, I attempted to stop by applying the backface hard so as to back-paddle. This did not work. I had misjudged the bite this narrow blade offered in the water and found myself still going at speed straight towards his boat!

CRRUUNCH, my hull plowed over his directly abeam; stopping only when I was firmly aground on his kayak. I felt like an idiot and knew everyone had seen this monumental blunder.

Bob, still in his cockpit, slowly raised his head above the waterline and inspected my boat now atop his. He then calmly said: "You do realize this is a $3000 Kevlar kayak of mine right?"

Thinking fast, and knowing any reply had better be good, I shot back: "Yeah, I know it is. Mine is just a cheap plastic boat and I am hoping to mate them. I want the first of the litter!"

Bob laughed and I knew I had "saved" myself verbally, assuming I had not really harmed his favorite boat. It turns out there was no noticeable damage to either craft. I did later get to "physically" rescue Bob and I passed the course. Naturally, I took some good-natured ribbing from those who witnessed the event.

Two things I "learned" that day: first, if you are going to paddle a narrow bladed kayak paddle don't expect it to handle like full sized paddles in an unfamiliar emergency situation; second, if you do indeed do something truly thick-headed, crack a good one liner and hope for the best. Paddlers, even the famous ones, are good people at heart. 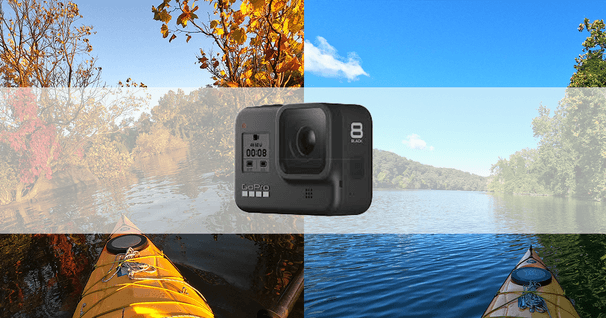 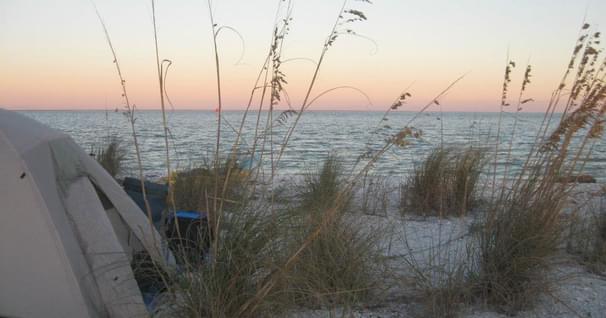 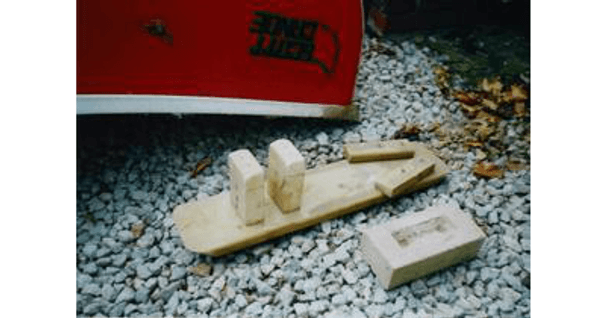 The "Canoeski" device: a simple method of moving an upside-down canoe. Problem The need was for a… 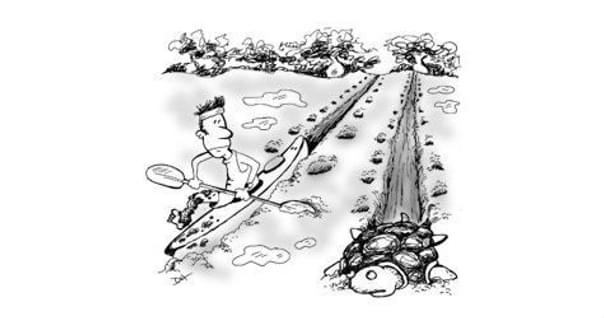 I was pre-fishing a charity kayak fishing tournament in Jacksonville, FL. I had a friend up in…