I got a good fish on a crank bait bite first thing this morning and as I go to lift it, the fish jumps and this is what we get for a reward - a hook in the hand. I still got the fish, but both of us are hooked.

One of the first things you want to do before you attempt to take the hook out, is you want to get the bait out. The worse thing you want to do when you do this pull-down snatch removal is to have the bait embedded in itself again or worse off, hook both of you. Then you're screwed because it's hard to help your buddy when he's hooked too.

What you want to do is make two loops: one little small loop, putting it through the actual eye of the hook, which will keep the hook planed out, and another line. What I do is I double it up and double it up again. You want a minimum of about 20 pound mono. See if you can get 40. That's even better, but we're bass fishing. Nobody out here has 40 pound liter with them today.

Take this 20 pound, double it up with a couple of double knots. Take that and get it nice and tight. The worse thing you can do is to have this thing break or slip on you when you get ready to do it because all you do is put the angler in more pain. There are a couple of ways to do this. The way I do this is a little over-hand finger trick. Just put it through and make an over-hand loop. You're going to take this entire loop and bring it over the hook...

Removal: Out the way it entered

And you want to get underneath the barbs. You're going to come as close to that hook shank as you possibly can. Now, with this piece, you're going to level it off until you can hold it flush and you want that hook shank as parallel as you can possibly get it to be in level. You want to get all the slack out of that line as you possibly can. What I like to do is literally double this thing around my hand a couple of times so I can get a good grip.

The trick is to get enough tension on it to keep it flush and to be able to pull it out the way that it entered. Let the hook go and find it's natural position because what's going to do is level out. If it caught a tendon or something, it's going to turn, which you can feel by pushing on the hook. That's why I laid that hook over to make sure it didn't have a hold of a tendon. He's got a tendon running down his hand. You snatch that out of there backwards and you can rupture a real important part of the way that your hand functions. There is no deflection in there. You didn't feel it pop. You would have felt it pop like a guitar string, had there been anything in there.

Level that part out. Get that hook barb up and flush. Level that out and snatch. It comes right out. If I warned the hooked angler by telling him, "one, two, three..." or anything crazy, he's going to sit there and flinch. And when you flinch, your hand will grab that hook, no matter how hard you think you are. So, the way to do this is to be talking, distract the angler, give him something to do to keep him preoccupied and *bam*, the hook comes right off.
Just like that.

You can put that on your trophy wall, my friend. Let's go catch some more fish. 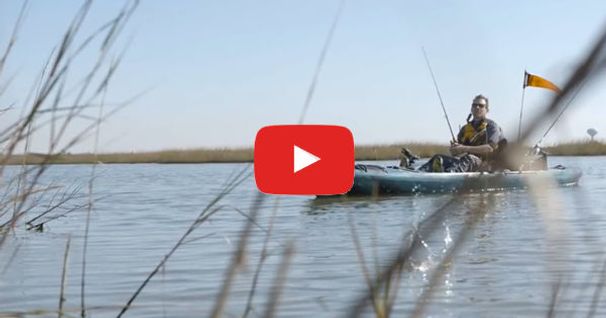