Some years ago at Canocopia in Madison, Wisconsin, I chatted with a young man who had recently completed a canoe trip in northern Canada. We shared our experiences and dreams for the future. Ultimately, the subject turned to equipment and methods. Earlier that weekend, I had presented two popular seminars: "Bearproofing Your Camp" and "Camping Secrets". In the former, I argued against treeing food packs, ranting that black bears climb trees—and very well. In "Camping Secrets", I said that one should always use a waterproof plastic groundcloth INSIDE his or her tent, NOT underneath the floor, as advised by most "camping authorities". I pointed out that in a heavy rain, flowing groundwater can be trapped between the exterior plastic sheet and floor and be pressure-wicked (by body weight) into the tent. My advice was (IS) that outside groundcloths (aka tent "footprints") are useful only in sub-freezing weather where they may prevent the tent floor from freezing to the ground.*

The man fought me on both accounts. He said he ALWAYS treed his food packs and he ALWAYS placed the groundcloth UNDER his tent! He ended the argument with this question:
"Cliff, what was the longest wilderness canoe trip you've ever done?"

"Aha!" He replied with a smirk. "I've been out for 60 days! Stay longer and you'll see my way!"
I just smiled and shook his hand.

There's a notion that "time spent afield" equals competence afield. Not necessarily. I know people who have made very long trips and still can't paddle a canoe well, build a one match fire in the rain, effectively stormproof their camp or find their way with a map and compass. They achieve "borderline competency" — they learn enough to survive but not enough to comfortably "thrive". They keep doing it wrong, year after year with little thought of improving their skills.

The book, "Cold Summer Wind" by Clayton Klein, provides an insight into this kind of thinking. (Klein also wrote the book, "One Incredible Journey" — the story of Verlen Kruger and Clint Waddell's 7,000 mile canoe trip to the Bering Sea). "Cold Summer Wind" is a true-life adventure story, set in the wilds of Canada's Northwest Territories. Clayton and his son canoed the Kazan River from Snowbird Lake to Baker Lake then out through Chesterfield Inlet into Hudson Bay. They paddled about 3,000 miles, which is quite significant. A trip this long surely marks them as experts, doesn't it?

Ponder this before you answer: Clayton moaned that their cotton hoodies weren't warm enough for the cold Arctic temperatures. Cotton hoodies in the high Arctic?? He complained that the poles of his inexpensive tent destructed in a storm, which caused them considerable discomfort. Klein was sure the broken poles were a manufacturing defect, not a design fault. So when he got home, he returned the tent to the hardware store where he bought it and got another one just like it. Surprise! It too destructed on his next trip! The carnage continued with each mile he canoed downriver.

Clayton and his son were so miserable on that Arctic trip, that they left a note in a cairn that in effect read: "We promise never to return to the Arctic again." But Klein did continue to canoe wild rivers; and fortunately, he survived them all, even though his equipment and methods were marginal. The question is, why was he willing to endure so much suffering when knowledge and the right gear would have smoothed the way?

A probable answer is that he was just one tough dude and the pain bothered him less than most mere mortals. Or, like some "experienced" travelers I've known, he may have believed that being cold, wet and miserable were just part of the canoeing and camping experience. He bulled his way 3000 miles through the china shop with grit determination, not with knowledge, practiced skills and well- chosen equipment that mark real experts.

It's not how much time you spend in the wilderness that determines your expertise. It's how thoughtfully you approach the obstacles when you're out there. Do you prepare for the worst, even when "My Radar" says the sun will shine? Are you constantly thinking of easier, less physical and faster ways to do things? Do you time-test new equipment before you commit to it on a long trip?

All wilderness trips (short or long) require similar preparation in attitude, skills and equipment. I've been on long trips where the sun always shined, the wind barely blew and the rapids were easy. And I've been on week-long ventures where the weather and rapids were killers.

My friend, Dan Cooke, CEO of Cooke Custom Sewing, exemplifies the thoughtful, questioning approach. Until last summer, when he made his first sub-arctic canoe trip, he had never canoed in Canada or paddled dangerous whitewater. Local Minnesota rivers and the Boundary Waters Canoe Area were his hallowed turf. His trips seldom last more than a week. But Dan is a deep thinker: he canoes in wind, rain and snow. He travels the BWCA alone in early May, just after the ice breaks up. He goes out in all kinds of weather so his trips are very "educational". And that's why CCS products -- packs, tarps, canoe covers and more -- are so outstanding.

I judge my paddling and camping companions by how smoothly and elegantly they travel in the wilderness, not by the length or number of the trips they take. Experts are defined by their willingness to learn and question, their attention to detail, and a passion to accomplish tasks efficiently.

* FYI: The idea that the groundcloth goes under the tent got started in the 1950’s when few tents had floors. You set a poncho or separate tarp inside the tent then placed your sleeping bag on top. The best tents had "snow flaps" — wide flaps sewn to the perimeter. In summer, you turned the flaps inside and set your poncho or tarp on top. In winter, the flaps were turned out and snow was piled upon them to secure the tent.

If you’ve ever pitched a floorless tent you know it isn't easy. Since there's no floor to establish the shape, the tent usually goes up cockeyed. Getting it straight means pulling stakes, moving them around, looking at the tent then setting the stakes again. When I was a Boy Scout in the 1950's, we took great pride in "getting it right" the first time around. But we were Boy Scouts and it was no big deal. But casual campers didn't have the patience for this sort of thing. And that's why manufacturers first put floors in tents—to make them easier to pitch, not to keep out water. Any water that gets inside a floored tent stays inside, and that's why you need an interior groundcloth to keep that water away from you.  www.cliffcanoe.com 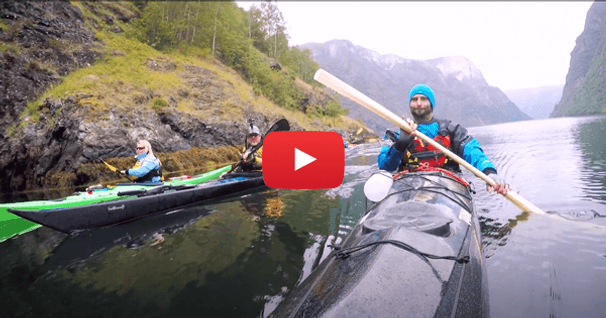 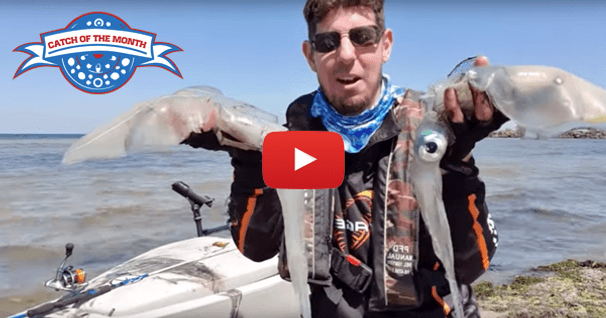