Winter of 2007 will be remembered as one of the worst for orange and grapefruit growers throughout America because of the terrible frost that hit California and Texas in late January. But February and March are still the harvest months for citrus fruit throughout the southern United States as well as Mediterranean countries such as Spain, Portugal, Algeria, Morocco as well as southern Asia, where they grow exotic delicacies like kefir lime, pomelo or kumquat. The season is simply too short to miss. Not only are citrus fruit an amazing gold mine for health, with their strong antioxidant power, their high level of vitamin C, beta-carotene, potassium, folic acid, fibers and almost no calories, they simply burst with amazing flavors. It is still the season to buy clementines, but hurry up: they will disappear from your local supermarket by the end of February.

Good for paddlers at any time of the day

Paddlers will love citrus fruit’s versatility either as a breakfast or snack component and more interestingly to bring lots of personality to any picnic or camp dish. Not to mention the fact that these beauties are tough travelers: they will easily keep for a week, thanks to their tough skin. And whatever you do, don’t throw that skin away: rather, wash it thoroughly and cut it in fine ribbons to add flavor to any recipe. Because aromatic components like citrus oils hide in the peel. And an American research published in 2004 in Journal of Agriculture and Food Chemistry shows that a phytochemical compound called polymethoxylated flavones (PMFs) works wonders to lower bad cholesterol.

For many people who live in northern regions like Minnesota, Ontario, Vermont, Alaska or Scandinavia, an abundance of citrus fruit will always feel luxurious. Not so long ago, children of those latitudes could not wait to find a precious orange in their Christmas stocking because it was the quintessential symbol of the Holiday season. February and March are the months of the year where humans who live in cold latitudes most need their blast of southern aromas. If Navel oranges are too well known now to feel special or inspiring in our diet, why not go on a quest for new treasures like Chinese or Japanese mandarin, juicy tangerine with its strong honey flavor, pomelo, a new type of grapefruit, or cedrat, another type of lemon that’s huge and embossed. It is used in cooked dishes, just like kumquat or Kefir lime, also called magrut. All these fabulous fruits open wide the doors to Mediterranean or East Asian sunny cuisines and help many of us paddlers forget about winter…

Citrus fruits originated in China before they were introduced to Morocco, Tunisia and Spain, following the pace of the Moor and Arab conquests. In Spain, which is the number one producer in the world, citrus are called “the gold fruit” thanks to their very important role in the country’s economy. Who among us has never dreamed of those huge orange plantations of Seville or Valencia or haven’t tasted those wonderful blood oranges from the Iberian Peninsula, available in our stores these days, with their scarlet pulp that’s a favorite of many great chefs? Since the 17th Century, orange and grapefruit plantations can be found in the southern United States. First established in Florida, they spread to California, New Mexico, Arizona, and, more recently, to Texas, making the US the third biggest producer in the world. Let’s give thanks to Christopher Columbus again, the first to establish citrus plantations in the Americas, on the island of Hispaniola.

The main citrus varieties and their use for the home cook

Like all fruits and vegetables rich in vitamin C (sensitive to heat and soluble in water), citrus fruit needs to be kept in a cool environment, such as the bottom of a kayak, with a layer of insulation on top, or in a cooler with icepacks if you like them chilled, (my personal preference, since it seems to bring out the flavor of the fruit even more.) As mentioned previously, the peel is rich in aromatic oils and is a real plus in any dish, such as soup, grilled fish, chicken stir fry, in a sauce or in your morning oatmeal. Just make sure you rinse and dry it thoroughly to eliminate the pesticide residues.

Clementine: the smallest member of the orange family it is the second most eaten citrus in North America, right behind the orange. The Clementine is a cross between a Chinese mandarin and an orange. Created in Algeria in the beginning of the 20th Century, it comes from Morocco, although Spain is the biggest producer. Very sweet, it makes delicious desserts. You can simply add a bit of orange liquor, a bit a sugar and a stick of cinnamon and leave it in this marinade for 24 to 48 hours at room temperature. Yummy with cookies!

The navel orange: an American creation that’s my favorite; with its deep orange color and virtually no seed and a good level of acidity it’s better to eat it as is rather than cooked.

The blood orange is available in February. It’s a hybrid crossed with a pomegranate, which gives it its strong reddish flesh. Its juice is often used for sauces and reductions, especially for fish and poultry dishes. Depending of the time of the year you eat it, the blood orange will be either very acidic or loaded with sugar. The Blond orange, a sub-variety of the Valence, comes from California. It’s a spring orange that’s very juicy and flavorful, which is perfect for freshly squeezed juices, sauces, marinades or dressing. The Seville orange, on the other hand, is very bitter and could not be eaten raw. It is used to make the well known British marmalade.

The mandarin comes from China. Its aroma is of litchi, sweet and persistent. It has a lot of seeds and does not keep for long because its peel is very tin.

The tangerine color is almost fluorescent orange and has a highly addictive honey flavor that’s a plus to make you forget its acidity and many seeds. It’s better eaten raw, as is the mandarin.

The lemon: apparently, the best lemons come from the Cinque Terre in Italy, although they originated in India. It is indispensable for sauces, dressings or to top up flavor to add complexity to almost any dish. The lemon peel works wonders in any seafood dish, as well as in soups and lamb dishes. Works wonders with lentils, too. Lemon is known to reduce the taste of fat and of dairy products. It keeps for at least a month in a cool and dry place.

The Meyer lemon is a hybrid between mandarin and lemon and it’s available from November to March, but only in specialty fruit stores. It comes from China and is eaten with the peel. It is often used in marmalade recipes along with Seville oranges.

The green lemon or lime is often used as a replacement of the yellow lemon, but it has only 60 % of its vitamin C content. Very popular in Mexican and Thai cuisine, along with Kefir lime (a very fragrant citrus with no juice), green lemon will keep only 2 weeks due to its very thin skin, which also makes it very difficult to use its peel.

The grapefruit or pomelo is the star of many breakfasts and the pink variety is very rich in beta carotene. But it has a tendency to interact with some high blood pressure medicines. So, some people can’t eat it on a regular basis. A perfect partner for fish, seafood and poultry, it’s a breeze to serve as a cold appetizer. Just add a bit of shrimps, crab or canned chicken with green onions and a bit of oil. There are four varieties of grapefruits: the white or blood pomelo, which is found often in supermarkets under the false appellation of “grapefruit”; the white grapefruit has its edges slightly flattened and it has a more sour taste than the pomelo; finally, the pink and bloody grapefruits, very sweet, which are close relatives. Ruby and Red blush are the most popular varieties.

Kumquat is called the “pearl of all citruses” in the Middle-East. This tiny fruit looks like a mini orange with an elongated shape. Its skin is sweet while the flesh is a bit bitter, making it the perfect citrus for slow cooked dishes such as tajines, the famous slow cooked lamb and beef ragouts found in Morocco. It’s also often used to cook jellies and preserves. Kumquat is also good eaten raw, to fully appreciate the contrast between the flesh taste and the skin’s. 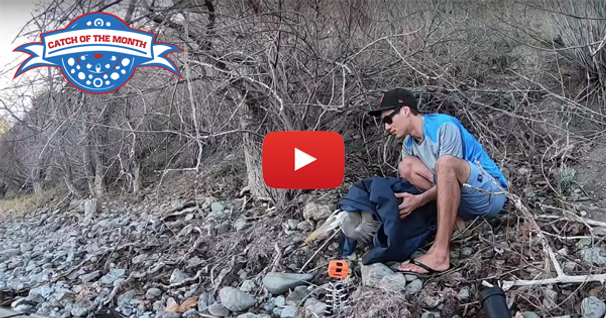 Mention ginger and most people immediately think Asian cooking. It's true that a little ginger added to…

Last month, we looked at different procedures for drying foods safely and effectively since it is the… 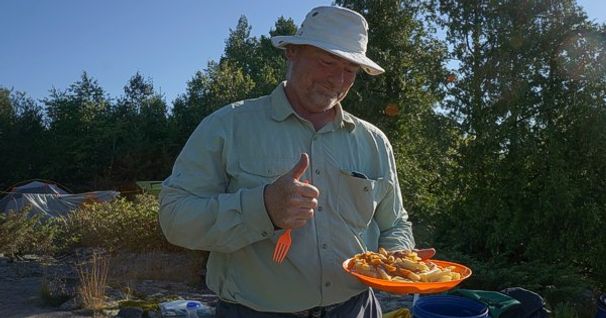