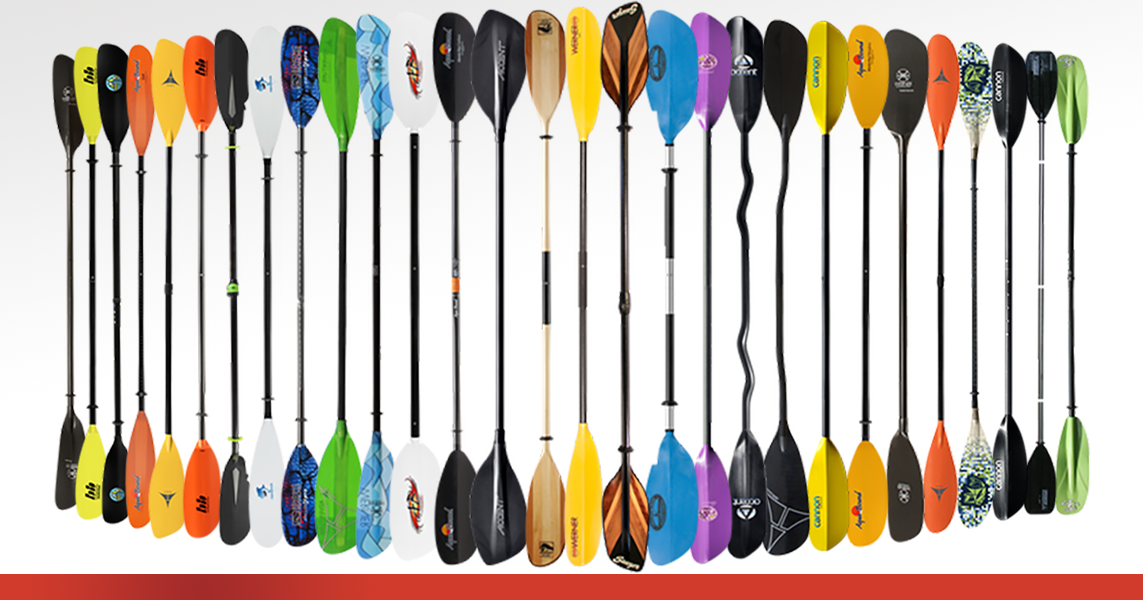 "...I didn't think of my paddle as a paddle. I thought of it as a propeller."

Back in 1972 a fellow paid me $50 to use my scuba gear to go under his dock to retrieve a propeller he accidentally dropped. I asked him how much the propeller cost and he said it was a very expensive racing propeller. Prior to that time I never thought about differences in propellers since I did not use powerboats. It does make sense that a different propeller would change the speed of a boat even using the same engine. When I started kayaking I didn't think of my paddle as a paddle. I thought of it as a propeller.

What is the best paddle to use for sea kayaking?

I am often asked what is the best paddle to use for sea kayaking. I can honestly say that with all of the paddles in my collection I cannot pick a best paddle for many reasons:

Even when I choose a paddle for my outing, I carry a second paddle with different features so I have more options if there are changes in: conditions, my goals or my body needs.

A few years ago I decided to enter a race. My goal was to go fast so I used my big blade sea kayaking paddle. I placed third in the race. The two kayakers who beat me were both using wing paddles. I was fifteen and forty seconds behind the two paddlers ahead of me. Prior to that time I had used a wing paddle on short test paddles. Olympic medalist, Greg Barton, told me that wing paddles increase performance by 3% to 5% compared to euro-paddles. If that increase were true I would gain about two minutes in that one-hour race. I had to find out for myself. 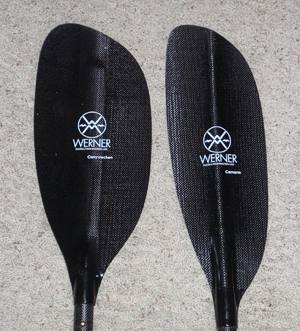 At the same time I was also getting more involved with Greenland style paddling. It was interesting to hear the many different opinions about paddle performance as I explored and filmed my strokes video. I was told that a Greenland paddle performs as well as a large euro blade paddle. I heard that from an avid Greenland paddler. Over the years, I have heard numerous opinions about blade size and shape with respect to speed. Since I was doing a strokes video I knew I had to get definitive answers for myself.

Through my 30 years of kayaking experience and observation I believed that bigger blades produced more speed versus narrower blade paddles. In addition, since world records we being set with wing paddles, I accepted they were the ones that would yield the most speed. However, I wanted to be more scientific and definitive about the differences rather than relying on observation and hear say.

I decided to test different paddles under similar conditions. I tried to control the major factors. I used the same kayak. I paddled the same route using a GPS and my stopwatch. My route was 1.25 miles long (one lap around the lake). I would paddle four &/or five laps around the lake per workout. I would change my paddle after each lap. On each training day I changed the order of use of each paddle. The two factors I could not control were the wind and my energy levels. I figured if I were the common denominator with the same kayak I would see a trend in performance results from the different paddles.

I decided to compare three different paddles. My Tuktu Greenland paddle (Tuktu eight feet long x 3 & 3/8" wide), my big blade paddle (Werner Corryvrecken) and my wing paddle (Epic mid size wing). I felt these three paddles would give me a great comparison since they represent three different styles of blade. The narrow Greenland blade, the wide blade euro-paddle and the racing blade give a fair representation of the different blade styles. As a side note, I have previously determined that my top speed with a euro-paddle was with my wide blade paddle compared to two different euro-paddles with narrower blades. 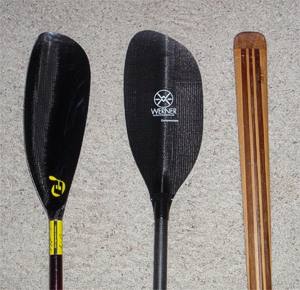 I paddled at least three days a week, for a couple of months, recording my comparisons. Again, I rotated the order of my paddle use so each paddle would be used on different legs of the training day. On a few days I did two laps per trial instead of one. My measurements were simple. I had a fixed distance, confirmed by my GPS. Rather than trust the GPS rate indicator, I divided the distance by my lap time gathered from my stopwatch. This gave me a more precise paddling speed.

My top average training speed with my Greenland paddle was 5.7 mph.

The next higher pace was with my big blade euro-paddle at 5.9 mph.

The highest average pace was 6.1 mph with my wing paddle.

I was seeing an increase of 3% to 4% by using my wing compared to my wide-blade euro-paddle. As I mentioned early, I was told that wing blades could increase performance 3% to 5% and my increase was 3% to 4%.

Now that I have tested the different propellers for my kayak I feel confident in advising others as to performance differences in paddle styles. Since I was training for racing I feel I was getting the most from the different paddles. Just like powerboats, changing your propeller for your kayak can change your potential speed.

Don't Shy Away from Greenland Paddles

It is also important to note that just because the Greenland paddle was 4 tenths mph slower than the wing paddle, it doesn't mean it is a slow paddle. Remember, I was comparing racing speeds. Since the common average touring speed for most sea kayakers is 3.5 to 4.5 mph, anyone using a Greenland paddle would have no difficulty in paddling with the group or even sprinting ahead. 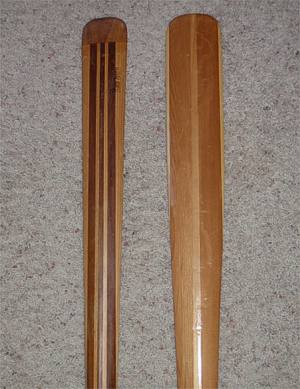 Keep in mind, just changing paddles alone will not automatically change your speed. The larger blades or wing paddle (paddles with more resistance) also require more power on the part of the paddler. Increased resistance can also stress your joints and muscles if you do not ease into using them. Proper training and endurance are needed to get the most out of any paddle you use. Your body is the engine and your engine needs to work harder if your propeller creates more resistance.

After placing third in that race I started training with a wing paddle. I went to the Epic web site and used their paddle selector to see the type of wing paddle that would suit my needs and racing distance. Since I am a big guy I felt the paddle that was recommended to me was not powerful enough so I called Greg Barton (one of the owners of Epic) to get his advice. He confirmed what the paddle selector recommended. I must say both were correct. After using the wing for the first full workout I felt some mild joint pain due to the resistance of the paddle. Since the wing paddle does not back slip when used correctly, the stronger bite on the water caused more stress on my joints, specifically my elbows. I should have eased into the paddle before doing a full one-hour workout. My new wing paddle felt good during the workout, but I was sore later that day. If I had chosen a larger wing blade it would have been too much for the distance I was racing. I had to work up to the full potential of my wing paddle. Once I increased my strength and endurance with the paddle I was getting that 3%-4% increase in performance. Again, I had to increase my body performance to get the most out of my racing propeller.

Rushing into using my wing paddle reminded me that anytime you use a more powerful paddle you need to think about the added stress. As the years have flown by and my body has slowed down I feel the stresses when I overdo it. In fact, many of my peers have changed their paddles, as they got older, to decrease the stress on their muscles and joints. Their choice of paddle has been the Greenland paddle. After my own experience, I regularly recommend a Greenland paddle if a kayaker needs to reduce body stress.

If you don't want to make the transition to a Greenland paddle and you want to decrease stress on your joints you can also do it by paddling with a euro-paddle with a narrow blade. Over the years I have heard from paddlers that using a blade that was narrower than their standard paddle felt easier on their body. If you adopt the two-paddle philosophy I mentioned earlier you could carry a 2nd paddle that has a narrower blade. In the event your body starts feeling achy during the paddle that narrower blade may help. Most professional guides bring one or two narrow blade paddles as extras in case of overuse problems during trips. Again, if you change the propeller you can change the resistance.

As I mentioned in the beginning, I cannot tell you which propeller is best. Only you can answer that question. The next time you want to go out for a paddle, think of which type of propeller will fit your needs for that particular trip. You also have to remember that your body needs to be in condition for the propeller you choose to take along. If you adopt the two-paddle concept you will also have more options either for the environmental conditions and/or body stresses. 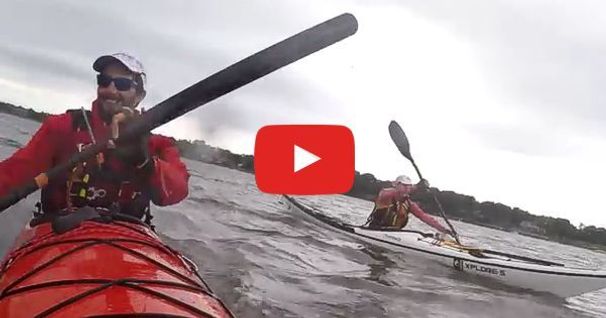 What's the differences between Greenland style paddles and the Euro blade? Pros and cons, what's better,… 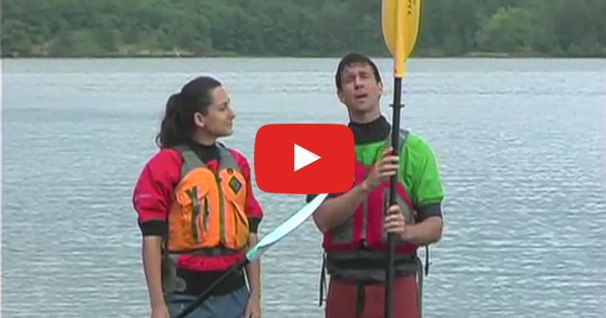