I recently talked with the editor of an on-line magazine who was reviewing the Twentieth Anniversary Edition of my book, "Expedition Canoeing". He said it would spice up the review if I shared my observations on how canoeing - particularly wilderness canoeing - has changed since 1952, when I took up paddling. That set me thinking:
Changes? There've been plenty. And not all have been for the good. Here's how I see it:

By far, the biggest and most welcome change is how trips are planned. Before the Internet, research was mostly done by mail, largely because northern residents had radio telephones that were very expensive to operate. Locating reliable information wasn't easy. We wrote everyone who might know about the river we planned to paddle-the Provincial Bureau of Tourism (Canada), chambers of commerce, schools, churches, gas stations, restaurants and stores (notably, the Hudson Bay Company). Hopefully, a letter would reach someone who was a paddler or who knew someone who was a paddler. Northern residents saw no urgency in answering mail, so the letters often sat for weeks unanswered. Researching a canoe trip in a remote region generally took a year or more.

Now, everyone who lives "up north" has a computer on line or access to one. Just do a Google search and watch the information roll in. You can often find everything you need in a few days.

Royalex and composite canoes have upped the margin of safety on wilderness rivers. Many of the early accidents (from capsizes and lining) were caused by aluminum canoes sticking to rocks. My first tripping canoe (circa 1967) was an 18 foot Grumman lightweight; the rock-grabbing metal hull and cow-catcher keel were huge concerns. Waxing (we used Johnson Paste wax) helped some but that devilish keel was always there. Today, with Royalex canoes, we confidently run rapids that we once portaged around in our metal boats. Now, we worry more about how to recover a wrapped Royalex canoe than any damage it may have sustained in the wrap.

Northern rivers run cold and the temperature of an aluminum canoe is about the same as that of the river. Some paddlers carried closed cell foam pads to place under their butt and feet. Modern Royalex and polyethylene canoes don't telegraph temperature. I might add that the folding canoes made by Scansport (www.scansport.com) here in the U.S. are awesome! They are about 30 percent lighter than equivalent volume Royalex canoes, equally fast on the flats and more seaworthy in big rapids. They seem to take abuse as well or better than Royalex canoes. Note: If you are anticipating an Alaskan adventure, be aware that Alaskan pilots won't carry canoes on the outside of their airplanes. In Alaska, folding canoes are the only way to go.

Spray covers were almost unheard of when I canoed to James Bay (via the Groundhog, Mattagami and Moose Rivers) in 1974. We portaged many rapids that we would run in covered canoes today. I wouldn't do any wild northern river today-tandem or solo-without a full splash cover.

The old Clement wooden paddle I used on my early trips now hangs in my garage. Except for rapids, where straight paddles still rule, I rely exclusively on a 12-degree carbon-fiber bent shaft. The convincing argument came in 1977 while canoeing Ontario's Steel River in my woodstrip solo canoe. I used a "solo C-stroke" almost exclusively to stay on course. Pain (a tingling/dead sensation in my fingers and hands) set in on day three and intensified to where I could barely paddle.

The following year, I canoed the same river again, but this time I brought a bent-shaft paddle and used the Minnesota switch (HUT!) technique. The results were dramatic: no pain and all gain. Except in rapids, I never use a straight paddle.

In the 1960's, 13 pounds of flotation (the U.S. Coast Guard now requires 15.5) was the world standard. These old vests were slim, lightweight, better ventilated and more comfortable than anything available today.

Nearly all of today's high end PFD's are designed for kayaking and cold water sport boating, not for touring in open canoes. They are cut short at the waist (so they'll clear a cockpit) which exposes your kidneys to a cold following wind. Their thick foam panels protect from hypothermia but they encourage over-heating. Do the designers really believe that every paddler canoes big rapids in the cold spring run-off?

I mourn the passing of the old tubular style PFD's (we called them "life jackets" then) that moved with your body. Thankfully, my ancient Harishok will probably live as long as me.

I recently saw the film, "Pirates of the Caribbean," which I found juvenile and boring, more fit for a 12 year old than an adult. A British reviewer said the movie had "more money than wit". Ditto, the majority of new American tents which require many minutes and an engineering degree to pitch. Most have perimeter seams that are exposed to rain, marginally protected entries and tiny vestibules that will barely hold a pack.

I have yet to find any tent that is as weathertight and quick to pitch as my 1974 Cannondale Aroostook (no longer manufactured) which, with its permanently attached fly that covers every seam and zipper, double entries and huge (six-foot) vestibules can be set up alone in a 15 mile per hour wind in under three minutes. For solo canoe trips I still use my 1966 Gerry Fireside which weighs less than four pounds and fits into a small sleeping bag stuff sack.

Today's (almost exclusively "dome") tents have better fabrics and zippers and more bells and whistles than the old timers. They are roomy and they look classy. But they are harder to pitch and not as rain-proof as the best A-frame, tipi and tunnel types of the 1960's and 70's.

Note: in 2008, famed Canadian explorer Gary McGuffin and I teamed up with Eureka! Tents Canada to bring an improved version of the Aroostook into production. Called the "Tundraline 3", U.S. Eureka! dealers began stocking it in 2009. The "Tundraline" is easier to pitch, more stormproof and roomy and better ventilated than the old Aroostook. But it is heavier and bulkier (Gary and I hope that Eureka! will offer a lighter more compact version of this tent). The Aroostook retailed for $235 when new in 1974. Today's Tundraline (a better tent) costs less than $300-a bargain.

Bugs are the one constant on canoe trips. The good news is that today's repellents are light years ahead of the largely citronella based compounds we had in the 1950's. The discovery of DEET has been a Godsend to paddlers. It is the only chemical I've used that really deters Canadian black flies.

Northern paddlers won't leave home without a head-net. In 1917, Horace Kephart, author of Woodcraft and Camping, wrote: "The best net is of Brussels silk veiling of fine mesh, black, because it is the easiest color to see through". Most head-nets today are light-colored for style not function. Manufacturers please take note!

Recently, there has been an interest in personal body nets, like the Susie bug net, designed by my wife Sue Harings, and big screened tarps like those pioneered by Cooke Custom Sewing in Minnesota. I never carried a body net or screen tent on my early trips. Now, I wouldn't leave home without them.

Going to Canada used to be easy. You simply showed your driver's license and were waived through with a smile. Things have changed since 911. Now, you can expect a delay if you don't have a passport, more so upon returning to the States. And if you have boats on your car, or are pulling a trailer, a shake-down search is probable. Crossing the border isn't fun any more. My Canadian friends tell me that coming to the States is a hassle too.

I made my first significant canoe trip in Canada in 1973. We paddled from Cochrane, Ontario to James Bay (21 days), via the Groundhog, Mattagami and Moose Rivers. We had whistles and a heliograph mirror. There was no way to call for help in an emergency.

Now, there are cell and satellite phones, personal locator beacons (PLB'S), VHF and CB radios and global positioning systems. Help, or a simple change of plans, is just a button push away. Accurate positioning is easy-GPS doesn't lie. Technology has made canoe trips safer but it has also eliminated some of the flavor of high adventure. Modern paddlers have the option to quit when things get bad; in the old days, we slogged ahead and toughed it out.

Fifty years ago, canoeing and camping were largely "permit free". Now, most of the popular paddling places, from the Boundary Waters Canoe Area and Quetico, to the Allagash in Maine require a permit to canoe and camp. Some heavily used western rivers have a waiting list that stretches for years! Even Ontario crown land rivers, which were once free to canoe, now require foreign paddlers to pay a daily camping fee. And guided groups who canoe in the Northwest Territories, Nunavut and the Yukon, need to obtain a guiding permit. Naturally, there's a fee. Sadly, local streams, which, in most of the United States, were once free for the floating, are now burdened with access and camping regulations. Bureaucracy has taken much of the joy out of canoeing and camping.

HOPE FOR THE FUTURE

I became attracted to canoes in 1952, at the age of 12, at a rustic scout camp set deep in the Michigan woods. Wilderness, much more than paddling pleasure, was the draw. With a canoe, I could drift down lazy creeks, sneak up on wildlife, fish in places where power boats couldn't go, and freely camp just about anywhere.

As long as there is water, there will be canoes. But wild places to paddle them are fast disappearing. Most Americans and Canadians have never been canoeing, let alone wilderness canoeing. They don't understand the role that wilderness plays in human development. Richard Louve, addresses this concern in his book, Last Child in the Woods: Saving Our Children from Nature Deficit Disorder. Louv makes the case that kids are so consumed by TV and video games that they have lost their connection to the natural world-they see no value in wild places and therefore, no reason to preserve them. I taught eighth grade environmental science for 30 years and I can say he is right on target What isn't, is society's view that kids must be flooded with (mostly useless) information and tested frequently to ascertain their knowledge of it. The result is that teachers have no time for social or environmental concerns, or philosophy. They must teach to tests that are designed by those who don't hike, camp or canoe or give a wit about wilderness. Teachers who do take their students outdoors without meeting an "approved government objective", are asking for trouble. The result is that we're raising a generation of youngsters who love malls more than trees. Unless we change our educational expectations, and quickly, I fear that we will continue to lose more wilderness, and more of our sanity.

Americans and Canadians are slow to react to crisis, but when we do we give our all and usually succeed. Hopefully, we will see the light in time to save what's left. 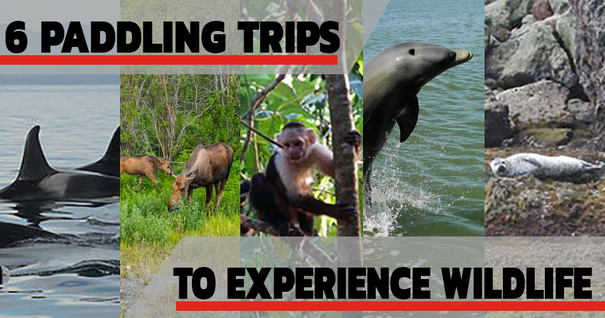