A kayaker's spin on the classic 'Twas the Night Before Christmas poem. Consider yourself warned...

‘Twas the night before Christmas at our house on the water,
Not a creature was stirring not even an otter;
The dry bags were hung by the chimney with care,
In hopes that St. Nicholas would drop paddling goodies there;

The children went off to bed without daddling,
Soon their heads were filled with dreams about paddling;
Mamma in her fleece ‘kerchief and me in my wool cap,
Had just settled down for a long winter’s nap,

When out on the water there arose such a splatter,
I sprang from my bed to see what’s the matter.
Away to the window I flew like a flash,
Tore open the shutters and threw up the sash.

The moon on the water looked the whiteness of snow
It shone the luster of mid-day on the sea shore below,
When what to my wondering eyes did reveal
But a great big old kayak and nine mighty seal,

With a spry old paddler, so lively and quick,
I knew in a moment it must be St. Nick.
More rapid than orca on course they soon came,
And a whistle he blew and then shouted their name;

Off the beach, to the air and away they did fly,
With beautiful edge turns silhouetted against the night sky.
Up to the house-top on course they now flew,
With a kayak full of toys, and old St. Nicholas too.

In a twinkling, on the roof, there came such a sound,
The sound of a kayak running aground.
As I grimaced at the noise thinking there must be a hole,
Down the chimney came St. Nick, and snapped up with a roll.

He was dressed in a drysuit from his head to his foot,
And the gortex was tarnished with ashes and soot;
With a bundle of toys on his back which did sag,
He looked like an old paddler carrying a heavy dry bag.

His eyes how they twinkled! His dimples how merry!
His cheeks were like roses, his noise like a cherry,
The beard on his chin was as white as sea foam,
It looked like it needed a brush or a comb;

The stump of a whistle he held tight in his teeth,
The cord from the whistle circled his neck like a wreath;
He had a broad face and a little round belly,
That shook when he laughed like a fish called a Jelly.

He was a happy ol' kayaker, a right jolly old salt,
And I laughed when I saw him, It wasn’t my fault;
A wink of his eye and a twist of his head,
He gave me the high sign, I had nothing to dread;

He spoke not a word, but went straight to his work,
Filled the dry bags with goodies then turned with a jerk,
Laying a finger aside of his little red nose,
A Brace he did do and up the chimney he rose;

He sprang to his kayak, to his team blew the whistle,
And away they all paddled like a water borne missile.
I heard him exclaim, ere he paddled out of sight,
“Happy Christmas to all, and to all a good-night.”

“And may happiness and good health always be yours,”
May you always return, safely back to the shore” 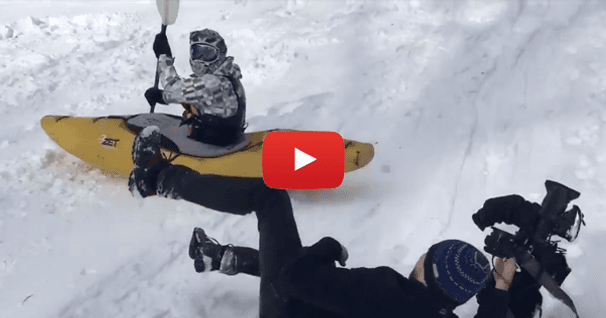 Cameraman Knocked Down by Snow Kayak While Filming

Bonus points for wearing his PFD on land, but turns out the kayaker wasn't the one who needed the helmet… 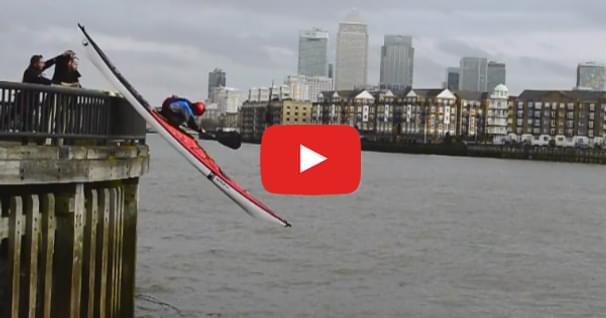 Seal Launch of a Sea Kayak?

Watch the extremes that some paddlers will go to when they just have to get on the water... This video… 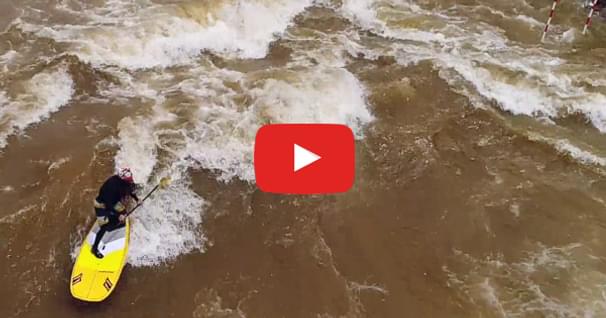 Check out this sweet drone video of SUP surfing in Colorado, which proves you don’t need an ocean to…