6 Tips for Overcoming Fear While Kayaking

For this video I want to talk about six things that I like to try to do, in order to deal with and overcome fear when it comes to paddling situations that might be outside of my comfort zone.

The first one that I always like to talk about, and I always bring up anytime I can, is taking classes. When you take classes and you wind up being with an instructor that really knows what they're doing, they can put you at ease about so many things that could be causing fear.

For example, one of my fears is rock gardening and playing next to really big rocks. Recently, Jorge and I got to take a really great rock gardening class up in Rhode Island. John was a fantastic instructor. He eased me into it, he had me having fun the entire day, he let me push my boundaries – but also allowed me to stay within a comfort zone so that I was still having fun.

At one point we were next to a bunch of rocks and he told me “you know what, this would be good for you jump in and see what it's like.” I thought, I'm going to be swimming near rocks at some point, why not do it right now when I have John looking over me. I was able to jump in and feel what it was like swimming right next to the rocks – something that usually terrifies me. Instead John turned it into a really great learning experience.

2. Support from a Strong Group of Paddlers

Second for me and very important is support from a strong group of paddlers. That is a group of paddlers that you trust that if conditions change or if you find yourself in a situation you're not very comfortable in, you know that together you're going to be able to take care of most things that might come up.

So for example, when I go surfing and I meet up with the guys out in Long Island, those guys all really know what they're doing, and a lot of times are around stuff bigger than I'm used to. So whenever I'm there I know that I'm usually picking the smaller stuff to surf in, but I know that if something happens, they have my back.

Same thing happens in the winter when we go in conditions that are not really that favorable, we still go as a strong group, and we actually push ourselves. For example, we'll go rolling, we'll jump out of our boats and will do rescues in very cold water, so that we can understand what that's like and we feel more comfortable if conditions do arise, that we've done it before and we know what to do. We can take care of each other.

Third one for me is pacing. It'll be completely different for each person. For example, my buddy Jorge and I we have a completely different approach. He sees big waves that he's not comfortable in, and he goes right for it right from the beginning. For me, I usually chicken out and go and play in smaller stuff first and I build myself up to it.

I'll give you an example from our trip to Lumpy. We went to a spot that was awesome. There was smaller stuff to play with, slightly bigger stuff to play with, and some really big stuff that some of the more advanced people were playing in. Now, I started in the smaller stuff and then I made my way to the slightly bigger stuff. At this point the river started pushing out so very quickly I was getting pushed and so I didn't feel comfortable just turning around and trying to surf every time because I would look over and see one or two waves down, they were much, much bigger than I expected.

4. Getting Seat Time in Your Kayak

The fourth one I think sometimes can be the hardest one, and that's practice, or seat time in your kayak doing these things. For me, it's the hardest one because I don't have a lot of these features nearby, so my group has to travel in order to get that where we are in New York. The surf here isn’t really that great for long boat surfing, so we have to travel to hopefully and get some conditions. A lot of times when we get out there, conditions are really not that great – but we jump in anyway. It's just not a regular occurrence. So every chance we get, be it in a tiny tide race or even in one-footers, we go and try to play in them because we don't get that many opportunities.

For example, the wave that knocked me out this weekend, I have been practicing for rolling after a situation like that for a long time. Still, I was disoriented, my paddle got stuck in the sand, and after a little while I just pulled out and got out instead of just hanging out upside down. The same thing goes for launching in surf, landing in surf, or with strong winds. It’s great to see what it's like, what does it do to your kayak when paddling in strong winds.

The fifth thing that helps me get through the fear is safety gear. Knowing that I'm wearing the right things to overcome whatever it is that's going to happen. So, wearing a helmet when I'm surfing or on going rock gardening. Wearing the right amount of layers, or wearing a dry suit if I know the water's going to be cold. Having a knife, having a whistle, having a VHF radio so I can call for help. Making sure your skirt comes off easily, a tow belt, a contact tow.

These are all things to help me feel like I'm a little bit safer, and I am able to focus on what I'm doing. A lot of times when we go playing in rougher water or we go surfing and the water’s just a little bit chilly, I'll wear my neoprene hood. I know I don't need it, but I know that when I'm upside down I'm warm and toasty, so I don't feel as worried about going under. I feel more adventurous, and I'll actually go after slightly bigger waves because I don't mind getting capsized. I don't mind hanging out upside down. It's those little things sometimes – it's safety gear, or it could be just gear that makes you feel more comfortable doing whatever it is you're doing.

The last one, and I use this one a lot, and that's visualization. What that is, is going into whatever you're doing and thinking ahead of time of what you're going to do in specific scenarios. For example, if I know I'm going to be getting hit by a wave, I want to visualize what it's going to be like being upside down, so I can be ready to roll up. Or visualizing what it would be like if you can't get the tab off your skirt, pulling the skirt from the side to get yourself out, or if that doesn't work being able to push yourself out of the kayak. Just having lots of things visualized ahead of time so that if that happens, it becomes more of muscle memory rather than “oh no, I'm in this situation, what do I do now?”

Once again, a perfect example is this wave that knocked me out. I keep using it as an example because it's a fantastic one. I didn't brace correctly when I dropped into the wave, and then once it knocked me out, I didn't roll back up. These are two things that since it happened and since I've been watching the footage, I've been non-stop visualizing what I'm going to do next time I'm in that situation.

Visualization also really helped me when I was learning to roll. I would sit on my living room floor with a paddle and then think about what it felt like going through the motion. Then, when I was actually in the pool trying it, I wasn't as afraid of being capsized because I was thinking that I was actually doing exactly the same thing I was doing comfortably in my living room floor. So sometimes visualization can also help with that. It just makes you feel more comfortable with what it is you're doing rather than all of it being a brand new experience.

So those are some of the things I like to try to do, I wanted to share them with you guys. I want to show my mistakes and how I try to get better through time, through effort, through practice. I've also been trying to take more and more classes from different instructors. It’s interesting to see that everybody has a slightly different method and I love learning from different people.

So please drop a comment below and let me know what you like to do. I hope that was helpful, please reach out with any questions, subscribe if you'd like as I'm always trying to put these videos out.

As always, this is Luke for Kayak Hipster, thank you for watching and see you next time. 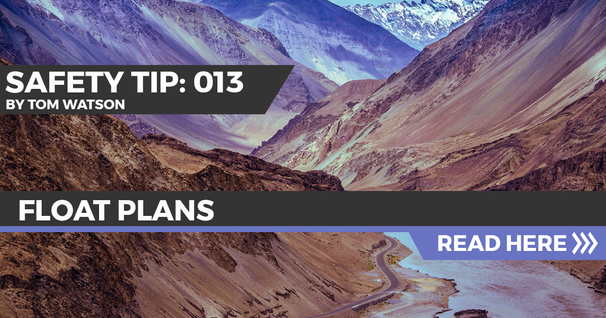