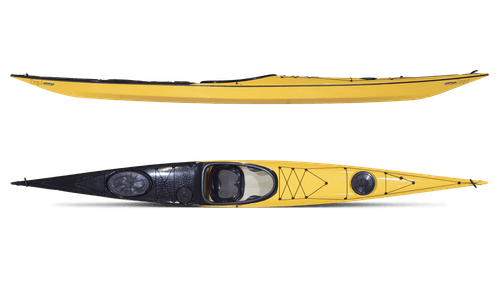 The Greenland GT is a kayak brought to you by Zegul. Read Greenland GT reviews or submit your own review to share with the paddling community. Check out a few other kayak recommendations below or explore all kayaks to find the perfect one for you!

Read and submit reviews for the Greenland GT.

Read reviews for the Greenland GT by Zegul as submitted by your fellow paddlers. All of the reviews are created and written by paddlers like you, so be sure to submit your own review and be part of the community!

Submitted by: carrie37076 on 9/1/2016
excellent product, its nice that you can custom order it, definitely exceeds my expectations, especially for the price. Its a lot roomier than its predecessor, which is nice. very well made and worth the price.
5

I've had my Zegul Greenland…

Submitted by: Fozzy on 2/5/2014
I've had my Zegul Greenland GT for 6 months now. It predecessor was the Greenland T, which I still have and love. The GT despite looking almost identical to the T is a totally different beast. Much more room in the cockpit - I can actually wear booties in this one. It's very comfortable. I'm 5ft10 and 185lbs and it seems to fit me perfectly.

It has much higher initial stability than the T and rock solid secondary when on an edge. As expected the tracking is faultless. It's still very easy to roll. Although it's exactly the same length the higher volume means it sits a little higher in the water - subsequently the slightly shorter water line means it's not quite as fast - but it's still a quick boat. This shorter waterline means it is more as the skeg disengages more easily. I can turn it a lot quicker than I can the T.

I never had a problem packing the T for a few days, but with the GT I don't even have to think about what I'm taking. It swallows everything. It's also much better in the rough stuff. It doesn't nose dive in a following sea and the hard chines don't seem to "catch" as a beam wave passes.

Where I live we have the second highest tidal range in the world, so very strong currents and tide races. This boat just shrugs it off. This really is a great all rounder - fast and comfy for long days, manoeuvrable enough to get in close to the rocks and playful in the surf. Everyone who's seen it has commented on how good it looks and it really does perform even better than it looks.

I paid £1650 for it new, built to order, in the colourway of my own specification, so a real bargain for a kayak of this quality.
I really can't praise it enough.

Absolutely awesome! From the…

Submitted by: Joelie on 10/2/2013
Absolutely awesome! From the first sit in this kayak it felt amazing. It's fast, tracks beautifully straight, edges on a thought and is very responsive. With a 21" beam I thought it would be quite unstable but is actually quite the contrary. Also very forgiving. If you edge too far a simple brace has you back in the upright position again.

An amazing kayak for people who want to improve their skills, work on their rolls but still want a good expedition kayak. I only have one minor complaint, the thigh braces are very curved and can turn off quite a few paddlers.

I highly recommend you try this kayak! If you fit, you'll love it!