The SOAR 16 is as easy to paddle solo as it is tandem. Its great cargo capacity lends this boat for extended trips, and families with children. The SOAR 16 is probably the most versatile inflatable anywhere!

Read and submit reviews for the Explorer (S16).

Read reviews for the Explorer (S16) by SOAR Inflatables as submitted by your fellow paddlers. All of the reviews are created and written by paddlers like you, so be sure to submit your own review and be part of the community!

I have been paddling SOAR…

I have been paddling SOAR Inflatables Canoes since 2007, and I absolutely LOVE them! I own an S12 and an S16, the former for a whitewater playboat and the latter as my big water expedition freighter. Each of my hulls has several thousand miles on it, and they are always dependable. The SOAR boats are the most versatile, highest quality boats I have even paddled, and I will NEVER trade them for anything else!

This time last year I…

This time last year I purchased a SOAR canoe. It has been used less than a dozen times. I have always followed the fill instructions and never exceeded the maximum PSI. Last month I pulled it on shore and went about other things and then, with nobody near it, heard one of the tubes blow. Larry at Soar is unwilling to stand behind the product, won't replace it, won't repair it and is unresponsive. I have had Avon and Achilles inflatables and have never had a problem. Having now lost over $3,000 for what is now worthless rubber I have to warn: DO NOT PURCHASE a Soar inflatable.

Great boat. I can roll it up…

Submitted by: paddler231056 on 4/27/2005
Great boat. I can roll it up into a duffle bag, check it as luggage on a commercial airline flight, and head into remote areas like the Yukon, Nunavut or Northwest Territories without the hassle associated with a hardshell. It's very durable, very stable, and very forgiving for anyone with less skill and experience than would otherwise be needed to safely run remote wilderness rivers. It definitely allows me to access water that I wouldn't be able to with a regular canoe. The self bailing feature is great in whitewater. The company has also been very good to deal with. No problem recommending this boat to anyone.
Explorer (S16)
5

Submitted by: paddler230996 on 3/22/2005
I have owned my Soar 16 for a couple for years now. It's a great boat. Very stable and tracks as well as a conventional canoe. I've gone down class 3s with my wife and 2 kids and had no trouble controlling the boat. We travel with it on top of our truck when we go camping. If we ever see a lake or river we want to check out, we just inflate it and we're on our way. It is a very versatile boat. I would highly recommend it to anyone.
Explorer (S16)
5

Submitted by: BigGrover1 on 12/11/2000
Bought my 16' SOAR year before last. Needed somethng a little more stable than my Legend 16 to carry my wife around in. She's a non-paddler, non-swimmer. The boat is just as easy to handle in the water as my royalex legend was. in fact, it's less prone to wind effects than a regular canoe. Hypalon tubes are tough and handle rocks, abrasions well. Very stable. Have run class II and III with no problems. The boat is just a little heavy and hard to get into its own carry bag. Well worth the money and rates a 10 out of 10.
Explorer (S16)
by SOAR Inflatables
Submit Your Review
Learn More 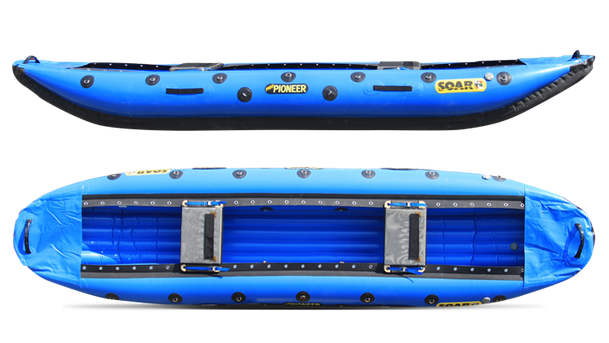 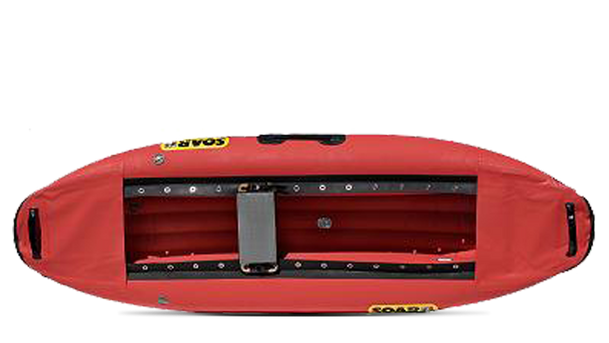 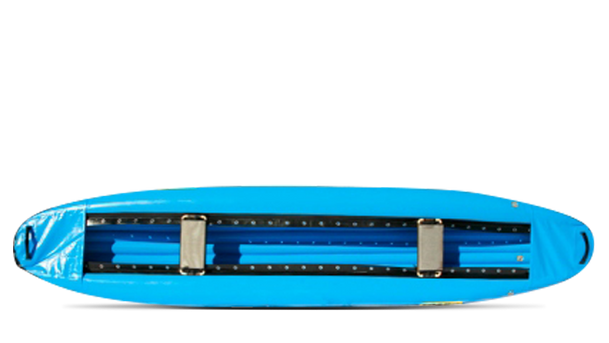 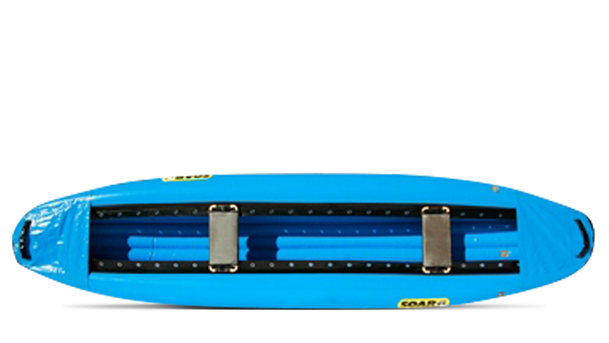