by  Stellar Kayaks and Surfskis 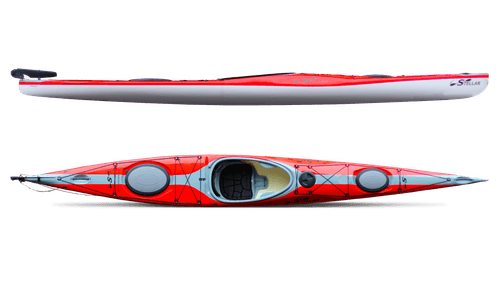 The Stellar 16'(S16) Touring Kayak was an instant classic, in launching the second generation(S16 G2), we built off the success of the initial design and its decade in the market. We've added a bit of waterline beam for some additional stability and the bow was made more plumb to increase the waterline length for better efficiency and tracking. The foredeck was redesigned to include a little more height to allow for paddlers with larger feet. We also made the cutaways deeper to allow for a tighter and more efficient stroke. The cockpit rim was lowered along with the seat position which we moved to the bow allowing for easier back deck rolling. Rounding out the updates, we added a 3rd hatch on the fore deck for your phone, VHF radio or snacks.

Read and submit reviews for the S16 G2.

Read reviews for the S16 G2 by Stellar Kayaks and Surfskis as submitted by your fellow paddlers. All of the reviews are created and written by paddlers like you, so be sure to submit your own review and be part of the community!

Absolutely stunning kayak! I've had my new Stellar S16 G2 a few weeks and adjusted the seat and steering to get the perfect trim over several ocean paddles in varying conditions. The level of finish and detailing is superb (I have owned and paddled many composite sea-kayaks for over 30 years, as well as designed a few for one of the biggest kayak companies), and the Stellar S16 G2 nails everything.

The adjustability of the seat (bucket and back-band can be positioned independently and it takes about five minutes) and can be as easily removed in the event you wanted to do some custom modifications. The Smart-Track rudder, with fixed foot braces, can likewise be fine-tuned for position and toe-pedal angle. It's not quite as solid as a fixed plate on a surf-ski but much more versatile and you can still put items in front of your feet, or stretch out your legs. It's also really easy to reposition while on the water for variation on longer days. The synthetic control lines (rather than stainless) are great too -you can do big adjustments just by re-tying the knots rather than wire-cutters and crimping tools. You could replace them in the field in about ten minutes as well. The fine adjustments for angle and balancing right/left are done with a little threaded tensioner at the front of the foot-tracks and don't require any tools.

The changes on the G2 ticked all the boxes for me - deeper cut-aways for high angle paddling, little storage hatch in front of your knees instead of behind you, excellent cockpit shape for knees-up or braced paddling, and beautiful carbon fibre handles instead of floppy rubber ones (I know, but they're just soooo nice). I expected to be a bit disappointed in the rubbermaid style hatch covers (compared to flush composite ones), but they have a much higher quality feel than I expected and of course they are super-easy to use and totally waterproof.

The kayak sits nicely between my CD Solstice GTX for big tours, and my Epic V10 ski for zipping around. I wouldn't run it up on a rocky beach fully loaded like I do with my GTX, but it feels much more comparable to the V10 as far a speediness goes, it is a similar weight for quick acceleration, and you can catch any smaller steeper waves really easily (haven't tried it in bigger waves yet and I don't live in an area with seriously big waves). The primary and secondary stability are both quite forgiving and it doesn't really have much of a "tippy" feeling - i.e. it will be fine for photographing wildlife in reasonable sea conditions. It feels longer than the 16 feet as far as paddling speed goes, but it is super maneuverable and responsive (and way easier to carry around than a 20 footer), though if they had released a G2 version of the S18 I would have been mighty tempted...

I'll update once I've had it out in some bad mixed up conditions and on a longer faster paddle that I know my average times for. 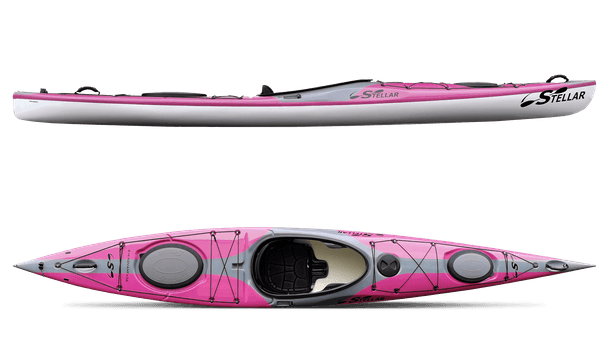 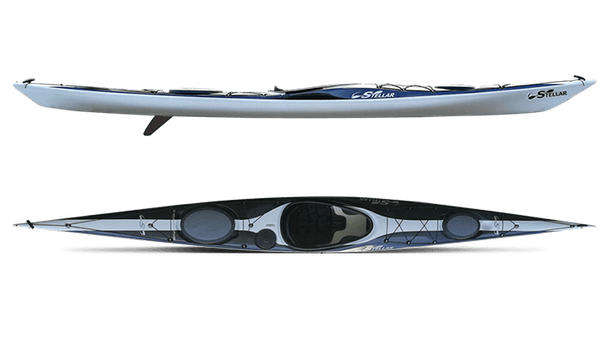 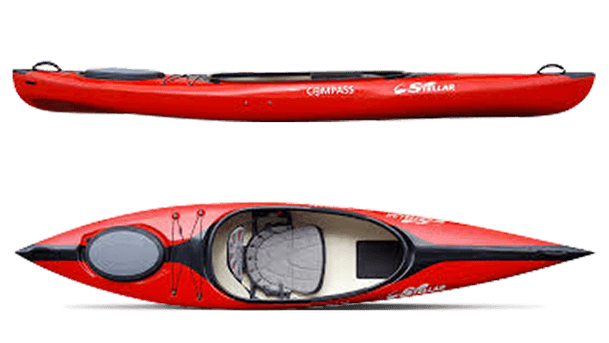