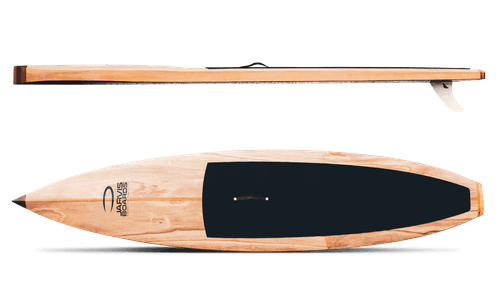 The Rio Grande paddle board features a displacement hull design making it a great very efficient paddleboard for fitness paddling, touring or racing. Despite its speed, it is very stable for new paddlers thanks to 200 plus liters of volume and 31 inches of width. All of this in a wood paddle board that is super light, weighing approximately 26 pounds. Like all of our boards, this board features our super durable wood construction and laser engraved leather carrying handle and is individually crafted locally in Austin, TX. If you plan to use your wood sup for fitness and touring and want to go fast then consider this your paddle board.

Read and submit reviews for the Rio Grande.

Read reviews for the Rio Grande by Jarvis Boards as submitted by your fellow paddlers. All of the reviews are created and written by paddlers like you, so be sure to submit your own review and be part of the community!

Jarvis Boards is a horrible…

Jarvis Boards is a horrible company. Their apparent owner, Tony, does subpar work.

First, it took forever to receive. Then when I finally received it my board half finished. It had to be returned. It took another week or so to send back. Tony advised that it would be returned in a week and also stated he would provide a full return at his discretion. It took 3 weeks to receive and I never received my return. He never got back to me.

I filed a dispute with the bank and that's when Tony reached out and said he was going to provide return but will not deny dispute. A month later he disputed and I was billed. Jarvis boards is a horrible business. I caution anyone to purchase their boards. They will do anything to quite their negative business practices.

I can't say enough about how great my Jarvis SUP feels in the water. Fast and stable with looks to kill. Definitely top of the line in the SUP world. Also, the customer service is outstanding. The fin came loose on my board when I was out on the lake and I let Tony at Jarvis Boards know. He sent me a replacement quickly and at no charge, which was unexpected and highly appreciated. I definitely recommend this product and company.

I'll be honest. What…

I'll be honest. What initially convinced me to by this board were the Instagram photos featuring a vizsla happily riding the board alongside her owner. My dog is offended by puddles, and so I chose this board over others with the conviction that *this* board would convince my vizsla to SUP. Naive, you say? Read on. But first, what I got in the process was EXCELLENT customer service, a prompt (and well-packaged) delivery, and a stunning paddleboard that's hands down the best looking one out there. It's manageable to carry and a dream in the water: stable enough for beginners, but capable of getting some good speed too. What of my puddle-averse dog, you ask? He waded in the river and jumped on the board, contently riding with me for hours. Dreams do come true when you buy this board.

I’m a new paddler so I wanted a board that I could grow with. This thing is perfect. It’s so much smoother through the water than the rental boards that I’ve been on. Can’t beat the looks either!!

Much more stable and much much faster than inflatables

Before hopping on a Jarvis Board, I had only paddled inflatable boards. The difference was immediate! For starters, no more pumping your board up for 20 minutes before getting on the water. Once on the water this board was much more stable and much much faster than the inflatables that I normally paddle.

This SUP is amazing!!!

Ordered a SUP online from Jarvis Boards. The board arrived a week or so later and was even more beautiful than the pictures show! It's lightweight, stable and more durable than I ever imagined. 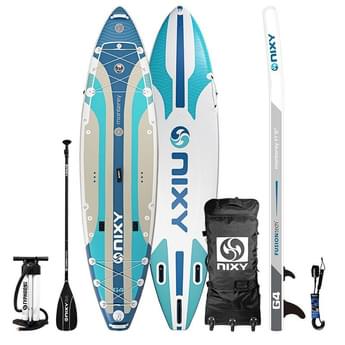 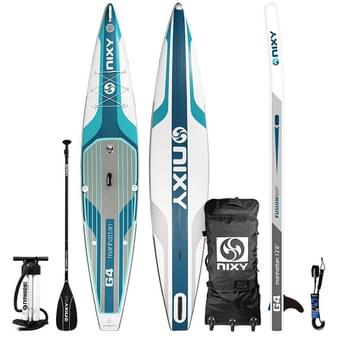 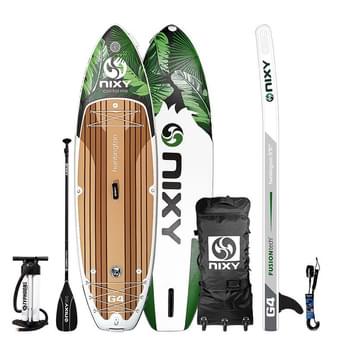 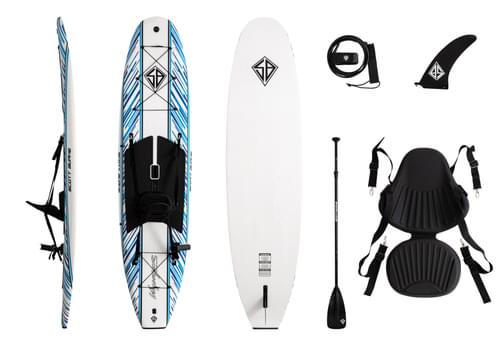