This unique twist on an open tandem debuted at the 2009 Adirondack Canoe Classic. Rock-solid stability as well as plenty of forward speed and efficiency are on display in this one. Some experienced paddlers have said the Ohneka is the fastest recreational tandem they’ve ever been in. With the right propulsion, it can keep up with the Shadow, cruising at over 6 miles per hour. Accelerated rocker in the last three feet of the bow allow the boat to turn on a dime – in its own length if you lean it a bit. It’ll also carve up narrow twisties like Brown’s Tract and Stony Creek with little turning effort, yet it doesn’t wander on big water and in wind and waves.

Read and submit reviews for the Ohneka.

Read reviews for the Ohneka by Placid Boatworks as submitted by your fellow paddlers. All of the reviews are created and written by paddlers like you, so be sure to submit your own review and be part of the community!

A quick addendum to the prior…

Submitted by: guest-paddler on 9/7/2010
A quick addendum to the prior review regarding impromptu adaptation of the boat for solo use. It was either figuring out something workable or missing out on few remaining good paddling days for the season.

The 17' tandem handled magnificently as a solo! I did a 16 mile out and back on the 8 mile stretch of the Susquehanna River from the Crumhorn drop-in (north of Portlandville) to the end of Goodyear Lake. The unpopulated portion at the beginning and end was teeming with Great Blue Heron and Giant Egret. First time I've seen the Egrets anywhere other than Montezuma refuge. Treat of the summer came at the unpopulated cove on Goodyear Lake behind and east of the dam. Found myself less than 50' away from a Bald Eagle dining on a fish. Eventually he or she flew right over my head - could hear the wing beats!

If circumstance forces the need to solo another time, I will definitely do it. Again, handling was easy. The only gauge I had on speed was relative to the occasional other paddler and the lone motorized fishing boat I saw all day. This boat really moves with a single paddler if you can achieve optimal trim with ballast in the front.

My wife and I have put a lot…

Submitted by: guest-paddler on 8/30/2010
My wife and I have put a lot of hours and miles on a 16' fiberglass canoe (70+ lbs.) and an 18' tandem polyethylene kayak (92 lbs.) over the past 15 years. Kayak for longer trips on bigger flatwater and canoe for meandering streams and pond hopping. We knew something had to give when we failed to jump on rare favorable paddling weather because of the hassle involved in horsing either boat out of barn or shed, loading, unloading, carrying down steep, stony bridge drop ins, etc. We enjoy being on the water too much to let this happen much longer.

The list got short quickly as we determined we were going carbon fiber to meet the weight and "want to get out there" criterion. There are a lot of really nice traditional canoes available in carbon fiber. Often they will set them up (at extra expense) for double paddling. The gunwales are still the same width and the "shear" is the same as in the traditional set up. That knocks out the functional double paddling criterion as you end up needing a lot of paddle length to clear the gunwales and reach water.

We moved on to the very short list of pack canoes designed with narrower gunwales, plenty of beam at waterline, less freeboard (shear) and some rocker for silkier handling. An exhaustive search yielded a 14', 15' and 17' from 3 different builders. Prices were high, but in-line with each other. Weight differences also negligible when compared with what we were moving away from. The 17' "Ohneka" from Placid Boatworks was an easy choice. Better performance and carrying capacity in the longer boat.

We made a two day trip to Lake Placid to try the boat out. Joe (the owner) observed trim while we were out in the demo and determined where the adjustable seats and footpegs would need to be for 108 lbs. in the bow and 178 lbs. in the stern. I've never been that far forward in the stern and it really made a difference. Even though the seats have a sliding mechanism for adjusting, they are still custom set for the middle of the range needed for the likely occupants.

Sold the canoe and kayak on Craigslist, got what we felt was fair, gave Joe the go ahead and picked the new boat up in a week and a half. Finally got it out for a serious spin 5 days later when the weather improved. It handled on land as expected. Final weight 43.5 lbs., will enjoy that aspect for many years to come. Once on the water for a sustained paddle we were really pleasantly surprised. Dropped into our seats without the ballet (canoe) or clumsy drop (into kayak cockpit). Steered briskly and easily through the channel leading to the lake. Once out in open water we were really moving in spite of heading into on-and-off puffy winds. In a nutshell; faster and more maneuverable than the canoe and at least as stable-feeling as the kayak. Little or no water on board coming off the paddles. We would have been happy with matching the best features of the trusty canoe and comfortable kayak. What we ended up with was better than matching those features.

Sorry about the review length and sounding too much like a salesman. This was the right boat for our situation and would highly recommend it to others whose preference is for 2 in a boat. 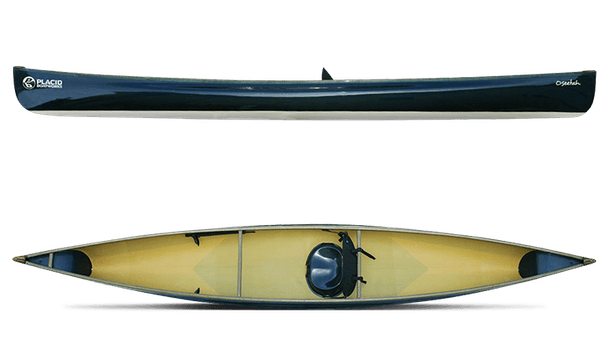 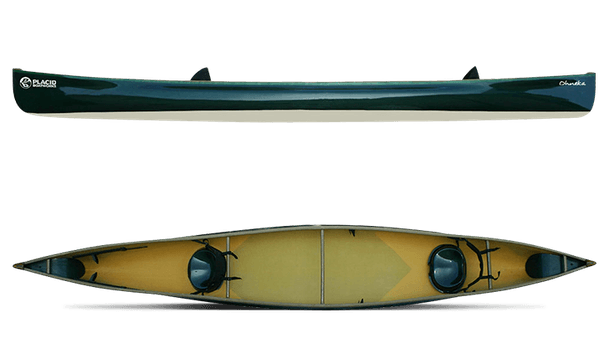 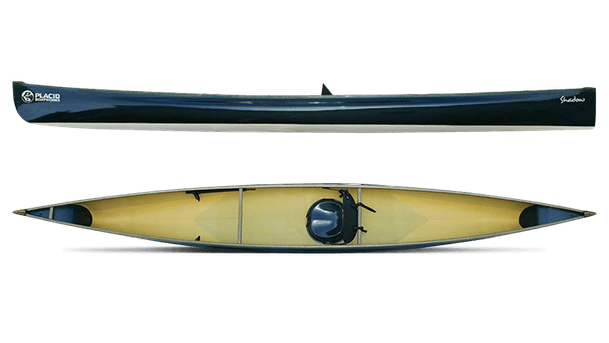 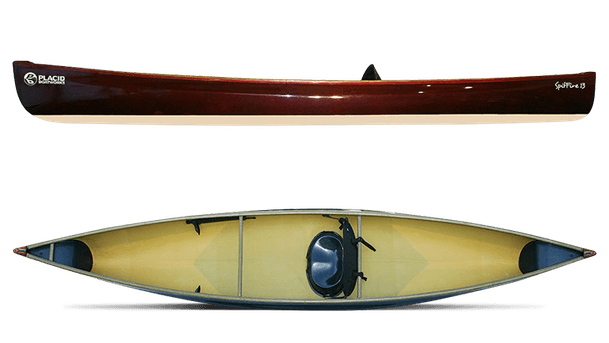