The Sea Breeze Paddle is a paddle brought to you by Lendal Paddles, North America. Read Sea Breeze Paddle reviews or submit your own review to share with the paddling community. Check out a few other paddle recommendations below or explore all paddles to find the perfect one for you!

Read and submit reviews for the Sea Breeze Paddle.

Read reviews for the Sea Breeze Paddle by Lendal Paddles, North America as submitted by your fellow paddlers. All of the reviews are created and written by paddlers like you, so be sure to submit your own review and be part of the community!

Submitted by: Marshall on 1/2/2014
Over Christmas 2013 I had the opportunity to put some 9 miles on the Sea Breeze on a broad river with current that became an impounded lake. (Blewette Falls Lake, NC) between this and a calm lake setting at a trade show and while not normally a low angle paddler I found it appealing from a number of aspects.

The Shaft is the same as used on the Cadence and Ocean Breeze so I've already gotten spoiled by the very ergo-indexed grip areas on the carbon shaft. As I had mentioned on the Cadence [product review], there is a pleasant amount of spring on the shaft similar to a wood shaft like in the Mitchell Black Magic or Saltwood Grasshopper.

The Blades are quite different from the high dihedral bevel tipped low angle paddles of Werner or the rounded tips of Aquabound. The somewhat Willow Pointed blade has a definite scalpel slice feel through the water when moving it for sculling, side slips or positioning it in rudder strokes. While the blades can be held in a higher angle position they are definitely engineered to feel more proper at a low angle stroke height. No flutter in any angle or amount of pull on the blade. As the pictures show, there is a very subtle dihedral along the center spine which with the balanced blade keeps the water on the face rather than bleeding it off the sides of the blade. This makes for a goodly amount of power per stroke giving a crisp purchase on the water rather than a mushy feel to the power phase of the stroke. 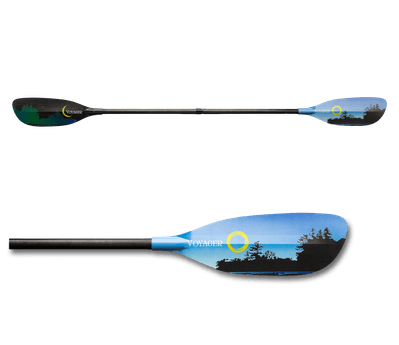 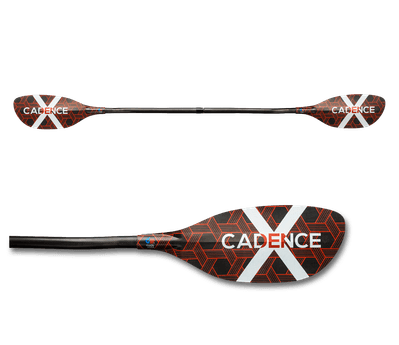 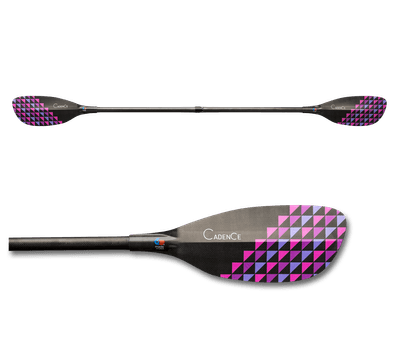 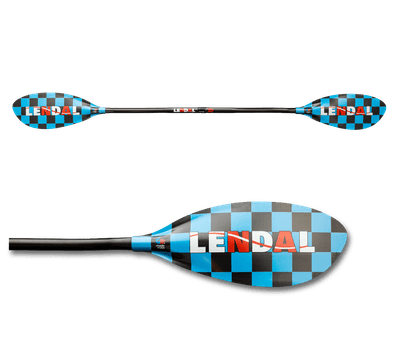