by Adventure Lion
Details
I've used the Adventure Lion 10L dry bag for almost two years and am still very pleased with the product. I've also got large dry bags by other manufacturers but wanted something smaller that could be easily strapped across my back or carried on a shoulder. The 10L is great for keeping a few clothing items and electronics dry without taking up much room. I've used this bag while canoeing and at the beach. It's even small enough to fit in a larger backpack that I use for hiking. I highly recommend this product.

by GCI
Details
I've been using the GCI Sitbacker Canoe Seat for about two years. The seat is easy to attach and provides great lower back support while cushioning the butt for a long day of paddling. I highly recommend the product. 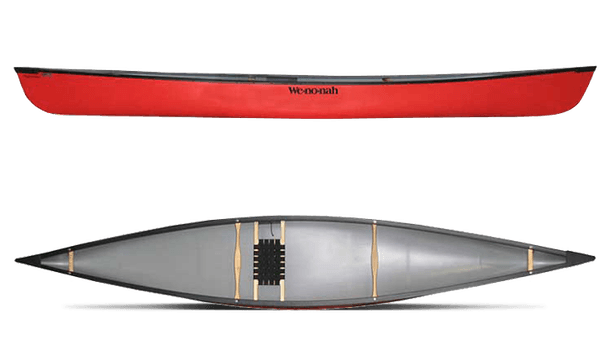 by Wenonah Canoe, Inc.
Details
I purchased a slightly used Royalex version of the We-no-nah Vagabond primarily for flat water and so far have been very pleased with it. This is the canoe I'll use to get into swamps this coming deer season, going about 7 miles round-trip each hunting day.

It has a shallow draft and is relatively fast when using a two-bladed paddle. The factory foot rest was useful in maintaining control and achieving faster speeds when using the kayak paddle. I find it a little more challenging to paddle straight with a single-bladed paddle but perhaps my technique needs some work. No matter which style of paddle used, the Vagabaond is much easier to paddle solo than is my old tandem canoe. Perhaps it's because I'm sitting lower in the Vagabond and don’t have as far to reach over the gunwale.

I'm 5'10", weighing 250 lbs, and had no problems with stability, even when using a 30lb trolling motor. Switching to a longer motor cable allowed me to place the battery as far forward as possible which helped with weight distribution. The motor was mounted a couple of feet behind the seat which made for slow turning while under way. However, max hull speed was easily obtained when moving in a straight line. I didn't have the GPS that day but my estimate was at least 4 mph.

My Vagabond weighs 43 lbs per the bathroom scales and thus is easy to load / unload from a SUV. I've used the Vagabond to fish from on local lakes where I had a couple hundred yards portage downhill to launch. Over one shoulder and overhead are both of the carry techniques used. The canoe was easy to tote for that short distance but I would add a temporary yoke if ever planning to do longer portages.