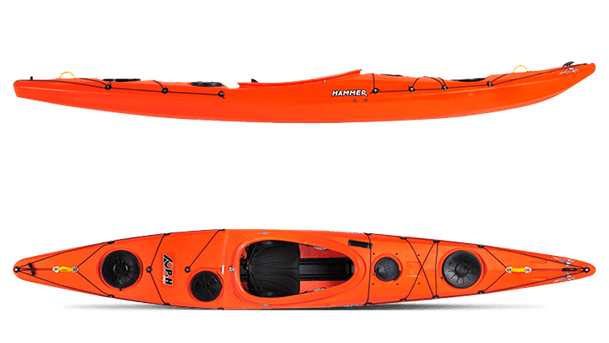 by P&H Sea Kayaks
Details
P&H's Hammer comes across as an effort to blend the best of the P&H Delphin and Pyranha Fusion and I think they did a wonderful job. This boat is not on the market yet, but I had a chance to take out the pre-production model.

I will start by saying that I own and have been using both these boats for the past couple of years and am an avid lover of both. The Delphin, in my opinion, is the best all-around sea kayak on the market. And I have been having lots of fun paddling the Fusion as my go to rock garden boat for the last couple years.

Last week I picked up the Hammer from California Canoe & Kayak, where it is living right now, if you want to see it live. And had the opportunity to paddle it over two days, logging over 10 hours in the three categories that I wanted to try this boat in:
• Surfing and ocean wave play
• Rock Gardening
• Tide rip play

So here is my take on what I thought about this boat...
The short version:

As far as the rating of 9 rather than 10, it lost one point because of weight.

See the long version of this review on my blog:
neptunesrangers.blogspot.com/2013/02/the-new-p-hammer.html 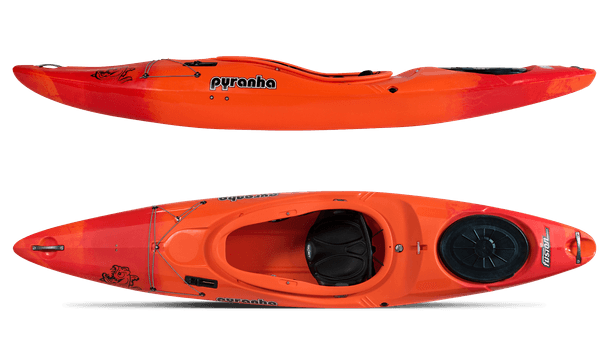 by Pyranha
Details
I bought the Fusion a couple of years ago for using in the ocean as a rock garden boat. The high volume is great for punching through ocean waves. The skeg is great for tracking on a long paddle or windy day. It has the speed to keep up with cruising sea kayaks. The plastic is hard and stands up to sharp rocks. And its super stable when getting thrown around in waves
Watch YouTube video of experience: www.youtube.com/watch?v=d3p4fRfrf_4