As an experienced female paddler and instructor who has taught thousands of women, I've observed that women have a unique approach to paddling. In my own words I would say that women, in general, feel more confident when they're surrounded and supported by a group of other women, especially when they're faced with situations that challenge them. Women tend to be more cautious on the water, enjoy going at a slower pace, especially when learning, and feed off of the support of their peers in a very positive way.

In contrast, it has also been my observation that men tend to be more physically aggressive in stressful situations and that they are much more likely to get pumped up with adrenaline and throw themselves into rough waters whether they feel like they're ready or not. Men don't seem to need much group support to muster the courage and confidence they need to tackle challenges.

The above opinions came purely from my own personal observations so I was intrigued when I came upon a study by a group of UCLA researchers a few years ago that gives scientific clout to some of them. Researchers, who explored the different responses to stress between men and women, brought to light that women experience a different stress response than men.

Instead of the traditional Fight or Flight response, the researchers found that women experience a response called Tend-and-Befriend. The study describes how women who are stressed or feel threatened exhibit behaviors that involve tending to and protecting their children, including befriending and forming strong bonds with other females or males that they trust. In the study the researchers cite that: "…under conditions of stress, the desire to affiliate with others…is one of the most robust gender differences in adult human behavior…and is the primary gender difference in adult human behavioral responses to stress." (Taylor, Klein, Lewis, Gruenewald, Gurung, Updegraft, 2000)

The researchers also found that while women need to bond when stressed, men prefer to have their space and are much more physically aggressive in stressful situations than women. I've actually had men describe the feeling they have while kayaking whitewater as similar to what they imagine it would feel like going into battle. Some have expressed their need to go fast and keep going.

If men and women are paddling together and the men want to go fast while the women want to go slow and feel supported it can lead to poor communication and misunderstanding which can diminish the fun for both groups. Unfortunately it can also do a lot of damage to the confidence of the women in the group, as women tend to internalize their experiences more than men.

For example, I can remember times in my kayaking career when I struggled being the only female kayaker in a group of highly skilled paddlers running difficult rivers. The men in the group seemed to be able to make quick decisions when it came to making the choice to run an intimidating rapid. I often felt inadequate because it took me longer to make the decision, I was less confident and I sought out opinions from others on their choices. I would get really nervous and when I looked around the men seemed very confident and calm (even if they were nervous on the inside). They rarely offered support or advice and assumed that I was dealing with the situation in the same way that they were.

I've heard other female paddlers describe similar situations and some who have even considered quitting paddling because their experiences were so discouraging. My intention is not to paint women as victims at the hands of male paddlers. Having said that, I do need to point out that traditionally paddling, especially whitewater, has been a male dominated sport. So, naturally, men have been setting the standards for leading, and teaching in the sport.

Luckily there are a lot more women paddling these days so there's a lot more awareness about the different approaches of men and women. Not to mention all of the wonderful women's paddling clinics, groups and festivals that are cropping up. These events are empowering women to feel great about their skills and are giving them the opportunity to hang out with and learn from other women.

Still, I continue to hear some men giving the following advice to women on the river: 'just follow me' and 'you'll be fine.' These words are considered by men to be supportive, and they may motivate men, but they can actually make women feel unsure of the situation. Personally, I enjoy paddling with both men and women and feel like there's a lot we can learn from each other whether we're paddling on rivers, oceans or lakes. Each discipline of kayaking provides it's own challenges that paddlers must work through.

Here are six tips on how to create good communication between men and women on the water so that everyone has a great time. And for women and men who enjoy paddling together already, these tips can maybe make your experience even better! Some are gender specific while others are common sense for everyone.

I realize that this article was written using generalizations. I know that some women don't relate to what I'm saying and that some men do. The important thing to take away from this is that there isn't one paradigm for how paddlers should deal with stress or fear. Everyone is different and the study that I have quoted throughout suggests that there are very obvious gender differences when it comes to stress response. The more we learn to communicate effectively with our paddling partners the more fun we'll have. And having fun is the whole point whether you're a Water Divas or a Water Warrior!

By Tim Sprinkle Whitewater rivers are, by their very nature, chaotic and confusing places. Mixing… 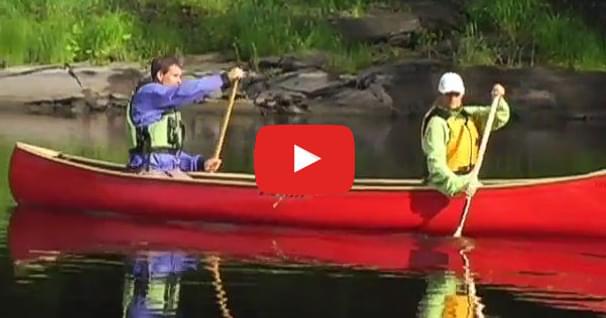 How to Paddle Backwards in a Canoe

Moving backwards in a solo canoe is one of the more challenging things to do. You can't easily see where… 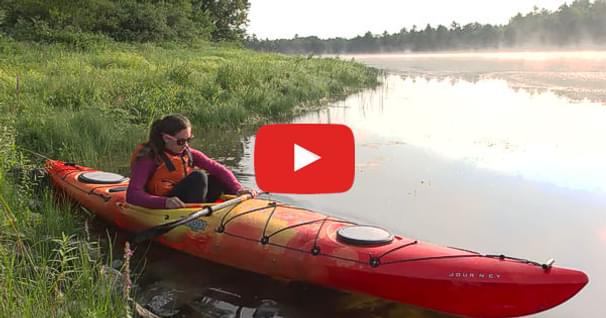 How to Get In and Out of a Kayak Smoothly

In this video, we're gonna look at the best ways to get into and out of your kayak because this is when… 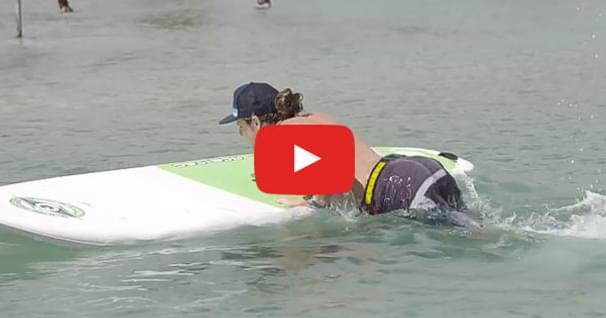 Getting Back On Your SUP