Well hello again! Ken Whiting here, host of Paddle Tales, and this week we're going to talk about kayak fishing on flowing rivers top tips. Flowing rivers with current, you can get yourself into some trouble pretty quick. And most kayak anglers are anglers first and paddlers second. In fact, they might call themselves paddlers third or fourth. But when you're paddling or fishing on flowing rivers, you do need to keep some things in mind because things can go wrong quick.

That's actually what I’m loading up for right now. We're heading to the Petawa River for a six day multi-day kayak fishing trip through an epic wilderness area. But as I was loading the kayak, I realized, “Okay we can talk about something I've been thinking about and preparing for with this trip is: how am I going to rig the kayak? What considerations do I need to have for fishing and paddling on a six day trip on a flowing river that's got whitewater?” It's got a lot of flat water and lakes, it's got a variety of terrain, so what do you need to know?

Now the second thing is most fishing kayaks these days, quality fishing kayaks, come with seats that accommodate a high position and a low position. The high position is awesome when you're in calm bodies of water. But your center of gravity is higher. You're a lot tippier when you're in that high position. The benefits are you get a better vantage point and you can see the underworld better. Especially if you're wearing a good pair of polarized sunglasses. So for flowing rivers, whenever there's any current, drop that seat, keep it in the low position and only move it into the high position when you know you're in calm protected waters. A lot more stable from this position.

In terms of gear and what to bring, I would highly recommend that you pack light. You need to be able to rig your kayak. As we say “rig to flip”. Meaning expect to flip and make sure that everything is either attached or stowed. So that if you do flip you're not going to lose anything. That means bringing fewer rods than you might normally bring. That means bringing less tackle. Be more methodical about choosing what tackle to bring and what to leave home.

Not only is it that you're more prone to losing gear but the extra weight doesn't help when you're dealing with whitewater or even just fast-moving water. It can really bog you down and slow down your response time and your maneuverability. So minimize the gear you bring and rig it with the assumption that you're going to flip. Now that's a lesson I've learned the hard way. Not kayak fishing but in with different types of multi-day paddling trips. A Grand Canyon trip, in particular, a group of us on the very first day were told to rig to flip. We didn't and we lost pretty much all our food. 21 days of food for 16 people. Obviously it put a little pause on the trip as we got restocked and I'll never forget that. We do a lot of filming with Chad Hoover. You know he's the kayak fishing master. On a couple river trips we've done, he's had some guests who didn't rig to flip and they lost all their tackle. It's a sad thing to watch. It's kind of funny until you realize they lost all their gear. But I don't want to see that happen to anybody else.

What To Do Around Rocks

So another thing to know about kayak fishing in flowing rivers is what to do around rocks. When you're in current, there’s rocks. Especially the ones just under the surface as well as the ones above the surface. You can easily get taken into them when you're kayak fishing. Often times your focus is on fishing and you drift into things. The natural reaction when you drift into a rock sideways as the current takes you into a rock is to lean away from that rock. Now you don't want to do that with any type of kayak. Not even just a fishing kayak. You actually want to lean into the kayak. Reason being is if this is a rock and you're drifting into the rock and you hit the rock, the current is still pushing you but your kayak is no longer moving. So if you lean away the current builds up on your edge and will flip you. It'll flip you remarkably quickly. Whereas if you lean downstream into the rock, the current gets to go under. You're giving it a path underneath the boat and it actually helps to keep your boat upright and above the water. So lean downstream. Lean into the rock that you've drifted into and then slowly push yourself around that rock and move on. It doesn't take much current when you drift up sideways into a rock to flip your kayak.

Current is the biggest hazard and so that's also a key consideration when anchoring. If you like to anchor your kayak, then what you don't want to do, for that exact same reason as the water piling up on the side, is you don't want to ever anchor your kayak in current from its side. Let's say the current's coming this way and you're floating along and you drop your anchor from the side. Your anchor grabs and now your kayak stops. The water's still coming so it's going to pile up on that edge and flip you. So if you're anchored up by your side, you have to maintain a downstream tilt in your kayak. But that's not easy to do just to maintain a downstream edge on your kayak. To be quite honest, your best bet is not to anchor in flowing water. I just wouldn't. It's too risky. But if you are dead set on anchoring, then anchor from the ends of your kayak. That way if you're angled from the stern of your kayak and the current's going this way, then when that anchor clicks in your boat will pendulum downstream and it'll be pointing in the same direction as the current. And there's no water to build up or at least not much. If the current's going fast enough it will pile up even on the front or back of your kayak if you're anchored. And that's why my general rule is don't anchor. If I really need to anchor and I’m on a river, well maybe I’m best off actually beaching. Get out of the kayak, drag the kayak on shore and fish from shore for a while if I want to stay in one place.

So there you have it. What I think are some of the most important tips for paddling and kayak fishing in flowing rivers. Flowing rivers are incredible places to catch fish because a lot of people don't go there. But there's a reason people also don't go there. That’s because there's a little bit more risk out there. So be conservative, don't bring much gear, avoid anchoring, enjoy your time on the water and catch big fish. 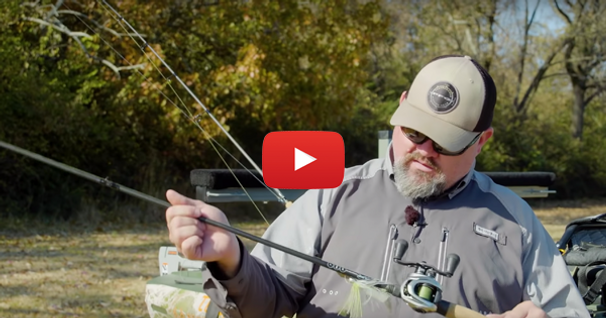 Are Expensive Fishing Rods Worth It? 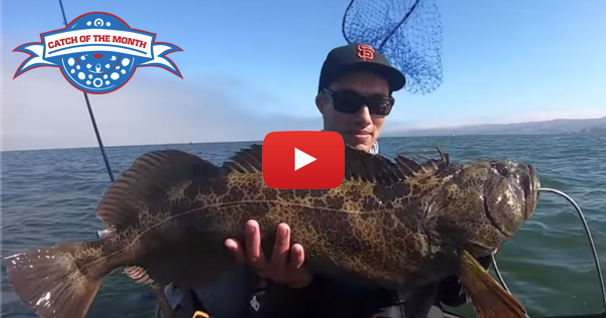 Watch as a kayak fisherman gets hit by a boat and then goes on to catch his PB, a 20+lb Lincod! From… While a tuna was getting reeled in by a kayak angler, a large shark took advantage of the vulnerable…