In this video, we're going to look at five kayaking tips that will help make you a better paddler, or at least save you from having to learn important lessons the hard way.

First off, it's critical that you understand your limits when you're paddling, because even though kayaking is a relatively safe activity when things do go wrong, situations can become very serious very fast. That being said, as a general rule if you venture into water that isn't protected from wind and waves, and/or if you travel further from shore than you can comfortably swim, you need to be confident in your ability to re-enter your kayak on the water. Of course this means practicing before you ever need to do it for real. To learn more about it, check out our video "How to Re-Enter a Touring Kayak from the Water". If you can't confidently re-enter your kayak from the water, then it only makes sense to stay close enough to shore so that you can just swim in.

The second kayaking tip is to use the power of torso rotation for all your strokes, which means engaging your whole upper body for your strokes and not just using the muscles in your arms. For example, when taking a forward stroke your reach forward shouldn't just involve your arms. If I'm reaching for a stroke on the left side of my kayak, I'm going to reach with my left shoulder, turning my body to the right. Now I'm going to plant my blade, and pull on it, and I'm pulling with my whole upper body.

The third tip, if you're paddling on the ocean, you need to understand tides and tidal currents and how they can impact your paddling. Tides are the movement of water up and down on a vertical plane. A high tide is when water is at it's highest, and low tide is when the water's at it's lowest. Now there's roughly six and a half hours between tides, and so in a day that tidal change happens about four times. Tides can have a major impact on paddling, because channels with plenty of water at high tide can become dry at low tide, leaving a paddler stranded far from where they started. Tidal currents can have an even greater impact on ocean paddlers. Tidal currents are caused by the massive amount of water that's forced around islands and up channels with the changing tide. In some areas, this can even cause large tidal rapids with huge waves and whirlpools. Fortunately, both tides and tidal currents can be predicted with good accuracy using a tide and current atlas, and an appropriate marine chart. With good planning, a paddler can travel during slack tide, which is when the tidal currents are calmest, or even use the tidal current to travel more quickly in one direction.

The fourth kayaking tip is about using the rudders or skegs that you find on most touring kayaks. You might find it hard to believe, but the main purpose of a rudder isn't to help turn your kayak A rudder and skeg's primary role is actually to keep your kayak going straight. In particular, a rudder will keep your kayak running straight in windy conditions, because a kayak naturally wants to turn into the wind, which is called 'weathercocking'. Now, a skeg does the same thing, but since you can't steer with a skeg, the depth that it's deployed will dictate the effect that it has. For example, when the skeg is fully retracted your kayak will turn into the wind while you're paddling. When the skeg is fully deployed, your kayak should actually turn downwind instead. The trick to using the skeg is to deploy it enough to hold a straight course while you're paddling.

The fifth and final tip is learning how to edge your kayak, because edging your kayak is a key skill towards taking your paddling to the next level. For example, it lets you turn more quickly, keep your kayak on course when it's windy, and the concept behind edging your kayak is the same concept that lets you stay upright when conditions get rough. When tilting your kayak, keep your hips loose, and your weight centred over the kayak. You'll then, shift your weight over to one butt cheek, and lift the opposite knee. You should feel your whole ribcage shifting over to the side of your kayak while you do this, and your stomach and side muscles will be working to keep your body upright, while your legs hold a steady tilt on the boat. So there you have it, the top five kayak touring tips. I hope this helps you paddle more efficiently and safely. 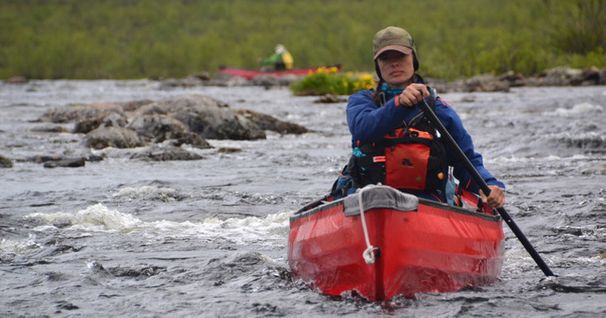 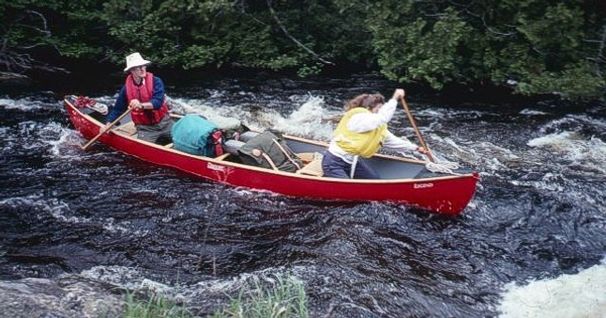 You are planning to canoe a Canadian river that has many challenging rapids. Weeks before the wheels…

Kayak outfitting has become more and more comfortable. So comfortable in fact, that it often promotes…