Some years ago, I was privileged to join a canoe trip that was sponsored by Bell Canoe (now, Northstar Canoes). Notable personalities included world class photographer, Bob Firth, celebrity canoe designer David Yost, and Robin Stanton who was then editor of Canoe & Kayak magazine. High tech gear - abundantly supplied by Marmot and PUR - ensured that everyone would be warm, dry and in command.

The conversation turned techy around five PM when dark clouds gathered on the horizon. Ted Bell looked on as I spread a plastic groundcloth inside my tent. He remarked that Marmot tent floors were waterproof so there was no need for this practice.

At this, I launched into a fiery dissertation on why every tent needs an interior groundsheet. When the flames cooled, I showed Ted a new product - a canary yellow dry bag designed to fit a large portage pack. Ted liked the bag, but he questioned the four mil plastic liner bag I had placed inside.

"You said that yellow bag was waterproof."  "It is," I answered. "Stuff happens on canoe trips; I'm a belt-and-suspender's man"!

Ted rolled his eyes and waited for the ensuing lecture, which came with a bang. I concluded with the classic splash that appears in the equipment chapter in my book, "Expedition Canoeing" (the just-released 30th Anniversary edition has been re-titled "Canoeing Wild Rivers"):

"If a zipper looks weak, it probably is; if there's a knob that can break, it will; if there's an unsecured part that can be lost, bet on it. Go on the assumption that if something can fail, it will …"

Well, you get the idea.

In his timeless 1919 edition of "Camping and Woodcraft", Horace Kephart wrote that he went to the wilderness to "smooth" the way, not to rough it. I figure he was a belt and suspenders man too.

Here are some belt-and-suspender's procedures that will discourage failure.

Don't tie the corners of your rain tarp to nearby trees. Instead, string a tight ridge line between two trees then tie the leading edge of the tarp to the line. This distributes wind stress across the hem, rather than among two points. From those black clouds on the Bell canoe trip came an ocean of rain and gumball-sized hail. My rain tarp held firm!

2. Always use a plastic groundcloth inside your tent.

Eventually, your tent floor will develop holes and allow groundwater to enter. Water that enters your tent while you sleep will be trapped under the ground cloth, and you'll stay dry. Make the groundsheet a foot larger than the floor all around so that it curls up the side-walls.

3. Protect your waterproof bags from abrasion.

When you stuff gear into waterproof bags, abrasion takes its toll on the waterproof coating. Eventually, holes develop. The solution is to use two bags-a tough inner liner (which need not be waterproof) to take the abuse of stuffing, and a watertight outer bag. I prefer the "sandwich" method to pack things that must be kept dry.

Don't put all your food or tents, etc. in one pack. Dividing your gear ensures you'll keep on going if a pack is lost to an animal or a capsize.

8. Two light packs are handier than one heavy one.

Four light packs are easier to manage (especially, after a capsize) than two bone-busters. Learn to use a tumpline so you can comfortably "double-pack".

In their classic text, The Complete Wilderness Paddler, Rugge and Davidson make light of a crew member who brings a plastic rain suit that's bound to fail. Elsewhere, they show how to rig a plastic rain tarp - yes, plastic (!), and tie a canoe on a Volkswagen beetle that doesn't have car-top carriers. Questionable practices like these encourage laughs but they have no place on a canoe trip where help is an airplane ride away.

A belt-and-suspenders approach is the best way to discourage danger. 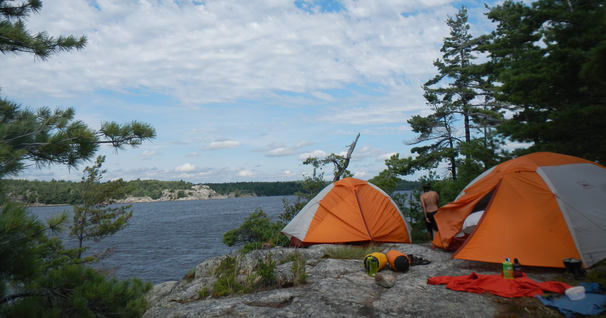 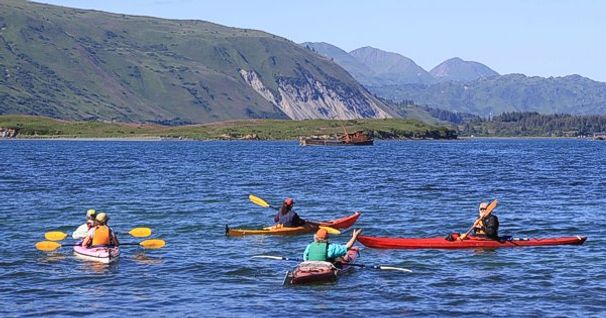