The Match Game; or, the Art of Picking Paddling Partners

Which is harder: finding a mate or picking a paddling partner? Maybe you think this is an easy question. Tamia doesn't. Both are important decisions, and in each case, your choice can have consequences that go far beyond the moment. Is Tamia setting up shop as a marriage counselor? No way! But she knows a thing or two about picking paddling partners, and this week she tells all.

Never go alone. This is one of paddling's ten commandments, though, like every one of the original Decalogue, it's often ignored. Still, it's good advice — and not just because it's a comfort to have someone with you when things go wrong. Man is a social animal, after all. Most things that are worth doing in life are more enjoyable when done in the company of one or more like‑minded souls. And there's the rub. Finding such kindred spirits is easier said than done. Boon companions from work or weekend barbecues can prove tedious bores in the backcountry, and the folks you know from your church or union hall — people with whom you see eye to eye on nearly everything of importance to you — may have very different ideas on the best place to camp for the night. There's also the vexed question of competence. It's a pleasure to show novices the strokes on Golden Pond, especially on smiling summer days. But it's no fun to face a long open‑water crossing in a rising gale when you're partnered with a paddler who thinks that a brace is something you wrap around an injured knee.

My conclusion? It pays to be picky. Choosing a paddling partner is at least as chancy as agreeing a date for an evening out. Chancier, actually, since most first dates end after just a few hours, but even weekend trips mean you'll be in each other's pockets for the better part of two days.

That being the case, what should you look for in a partner? I suppose every paddler has her own answer to this question, but I'd guess that we could all agree that four things are paramount, beginning with good judgment. This is the most important quality in a paddling partner, and in my experience it's the rarest. Some superbly skilled boaters are also compulsive risk‑takers, courting death every time they wet a blade. That may not matter much when they're paddling with a strong group, on water where help can be summoned in minutes, but a devil‑may‑care attitude on a wild river can be a killer, and there's no guarantee that the risk‑taker will be the only one to pay the price for her folly. A familiar maxim among fliers — there are old pilots and there are bold pilots, but there are no old, bold pilots — is more than just a clever turn of phrase. It embodies an essential truth.

The other side of the coin is also true. Many novice boaters have excellent judgment. They know their limits, and they defer to the veterans in the party in matters outside their experience. They also keep their eyes (and minds) open, seizing every opportunity to learn new things and practice new skills. Were I to pick a partner for an extended backcountry trip, and if I had to choose between such a novice and a risk‑taking hotshot, I'd have an easy choice. I think you can guess whom I'd pick.

And what comes next, after good judgment? Good humor: the ability to laugh at life's many small discomforts and frustrations. No backcountry trip is without plenty of both. Blackflies bite. The wind is always in your face, and it grows stronger as you tire. The portage trail lies 10 feet below your feet, while you teeter tentatively on an unstable heap of logging slash with an 80‑pound canoe balanced on your back. Smoke from the campfire follows you around no matter where you sit, and sparks burn holes in your hat. Tant pis, as the French say. Whatever the misery of the moment, a ready laugh always clears the air, and now that I think about it, good humor is also closely allied to the third essential quality in a paddling partner: grit. Grit embraces both physical and moral courage, along with simple endurance. The backcountry is no place for whiners and wimps. Does this mean that only hard men and athletes need apply? Certainly not. I learned the finer points of handling a kayak in moving water from a man who was in his ninth decade. I doubt he could do ten pushups. But he knew how to husband his strength for the times when it was most needed, and not once did he have to quit the river before the end of a trip — trips that often left me sore and exhausted. Which goes to show that good judgment plays a role in endurance, too. Know thyself. Gnōthi seauton. The Greeks cut those words into the stones at the Temple of Apollo in Delphi. Clever chaps, the Greeks.

That's three essentials accounted for. What's the fourth? An equable mind and even temper. Panic can kill. "If in danger or in doubt, shout and scream and run about." We all know people like that, but few of us would choose to paddle with them. Rage can also be deadly. Eric Sevareid and Walter Port, finding themselves alone in a canoe on the Hayes River with winter setting in, attacked each other in a blind fury of frustration. If they hadn't already been close to collapse, one of them would have finished the other off. Luckily, such incidents are very, very rare. Still, differences of outlook and opinion are inevitable in any social grouping, and groups of paddlers are no exception. But whatever the provocation, it's important that traveling companions bottle up their anger until they're off the water. If they can't do this, it's best to leave them (and their rage) behind when you travel to the put‑in.

So much for first principles. But how do they work out in practice? Each of us will have her own approach to the match game, but here's how I go about picking paddling partners: To begin with, I look for companions among people I've already paddled with. Making new friends is wonderful. It's one of the joys of club outings. On the other hand, if you're going to be spending days or weeks in someone's company, with little or no respite, it should be someone you know well. And the best way to get to know anyone is to spend time with him beforehand, on the water and off. Begin with day trips, and then progress by easy stages though weekenders and beyond. This gives you a chance to find out if your interests, temperaments, and outlooks are compatible. Hard chargers who like to put as many miles under their keels as possible in any 24‑hour period will resent having to wait around for a painter's canvas to dry, while serious twitchers won't be happy if they're denied a chance to add a new species to their life list, even though this means lengthening the lunch break by an hour or two. On extended outings, compatibility is everything.

Does sex matter? I'll leave that one up to you, but there's no reason for women to shrink from partnering with men they've no interest in bedding. (And vice versa, of course.) But it's important — make that essential — to be sure you're both of a mind on this point. That's another reason to spend a little time getting to know one another before you head out.

And then there's age. What about age? I don't think this matters much at all. Like I said, I learned to handle a kayak under the watchful eye of a man who was nearly half a century older than I was, and though I'm now closer to 80 than I am to 30 myself, this hasn't changed my opinion. I find the company of many 20‑somethings far more congenial than that of some of my contemporaries. Outlook, interest, and enthusiasm are the most important things. Age is just a number. That said, only a Pollyanna would argue that the years don't take a toll on paddlers' ability to go the distance, and this is a legitimate concern for anyone who's planning an extended backcountry trip. But while a correlation between age and stamina certainly exists, it's not especially strong. An active 70‑year‑old will likely prove a more reliable partner than a 17‑year‑old kid who spends most of his waking hours playing World of Warcraft. And the old guy will probably be better company than game boy, too. Paddling partners are like good wines. If they're not mishandled, they usually improve with age.

Finding a paddling partner isn't as easy as filling an empty chair around the table at a dinner party. It's more like getting engaged. I've told you what things I think are most important, but that's not the whole story. Whether they're close kin or casual acquaintances, paddlers who travel together are family, and most families have ground rules. Call these the paddlers' code of conduct, if you will. And that's my topic for next week. See you then!

Questions? Comments? Got something to add? Then e‑mail Tamia.

Copyright © 2017 by Verloren Hoop. The moral rights of the author have been asserted. 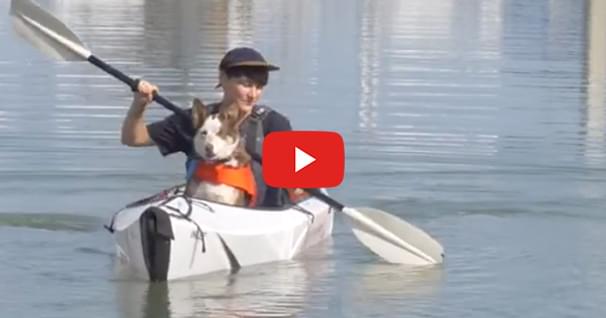 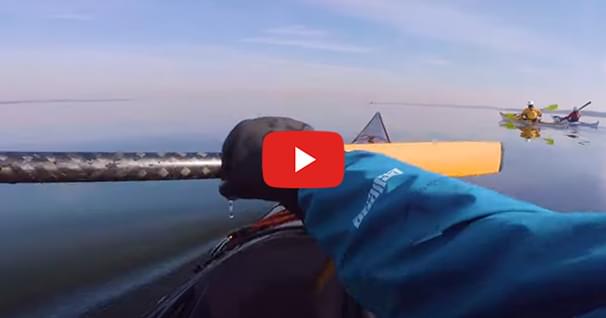 Upgrading To A High-End Paddle 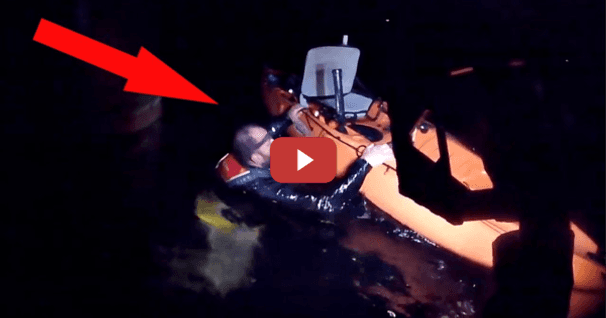 When a night-fishing mission goes awry, two kayak anglers learn the importance of staying calm and… 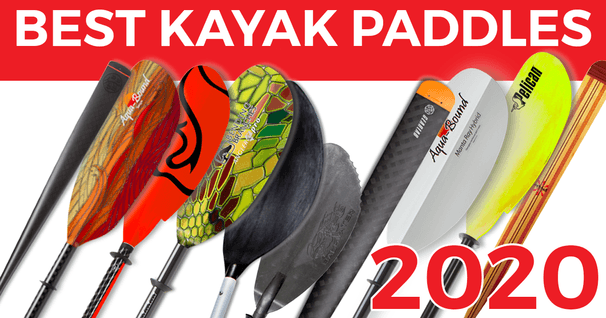 When shopping for a new kayak paddle, it's astounding how many options there are these days. The best…