Kyla, my 10-year-old, took position in the stern on our last canoe trip. Her friend, who tagged along, took the bow. I sat in the middle, circled by packs, fishing rods, squirt guns and our hyperactive eight-month-old dog, Angel. The girls insisted I sit there until they paddled across the entire lake. The wind was against us, my knees stiffened up half way across, but we made it to the next portage and the girls were smiling ear to ear. 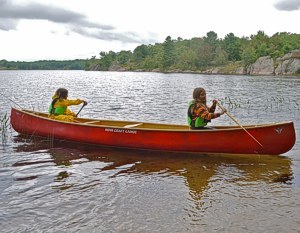 We've gone on a few more trips since then. Kyla takes stern and practices her J-stroke and Canadian stroke. It takes the patience of Job letting her take over the stern... It's definitely worth it though. To see my daughter, at the age of ten, slice her paddle through the water and steer the canoe in the direction we're intending on going, has to be one of the most proudest moments for any canoe dad.

Here's a break down of the two strokes we've been practicing on (read more below); and if you haven't already, make sure to check out the short video (above) of our canoe outing to the Skootamatta River in Tweed, ON which we demonstrate how to paddle the J-Stroke and Canadian Stroke:

To paddle a canoe in a straight line, there are a number of techniques. You can power forward and then change sides every time the boat begins to veer slightly away from your paddling side. But unless you have a bent-shaft paddle, this technique is considered the most degrading technique in the paddling community and will get you laughed off the water in no time.

Then, there's the process of twisting the paddle blade toward the canoe after completing each forward stroke, treating the paddle somewhat like a ship's rudder. But this has been labeled the Stern Pry, rudder or stroke, or the "Goon Stroke," and for good reason; every time you twist inward you put on the brakes. Next is the J-stroke, which is the ultimate steering stroke. You twist the paddle outwards (opposite of the goony) to form the letter "J," which forces the canoe back on course while still keeping your forward motion. 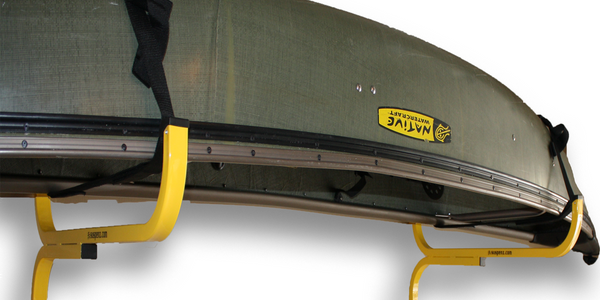 The definitive steering stroke for canoe trippers, however, is the "Canadian Stroke." The Americans actually came up with the name (originally it was called the Knifing J-Stroke). Canadians just didn't bother changing it, because, according to the experts, a well-executed Canadian Stroke is the pinnacle of perfection in motion, a skill that only comes after extensive canoe tripping.

It starts off the same as the J-Stroke, but rather than pulling the blade abruptly out of the water after the J is complete, the paddle is "knifed" forward under the surface of the water until about halfway through the recovery. This saves both time and energy, since you have to place the paddle forward for the next stroke anyway. The power-face of the paddle faces the sky and the main trick is to get the proper angle while the blade is being pulled forward through the water. Too much and the paddle will burst out of the water; too little and it will dive deep below the surface like a submarine. The pressure given to the paddle while being pulled up through the water and the length of the time it's kept below the surface is what determines how much the canoe veers back the other way.

In simpler terms, the Canadian Stroke is just an extended J-Stroke, and in fact the original name, the Knifing J, is a better label for it. My daughter prefers the "Canadian" title, however. And so does this proud Canadian canoe father. 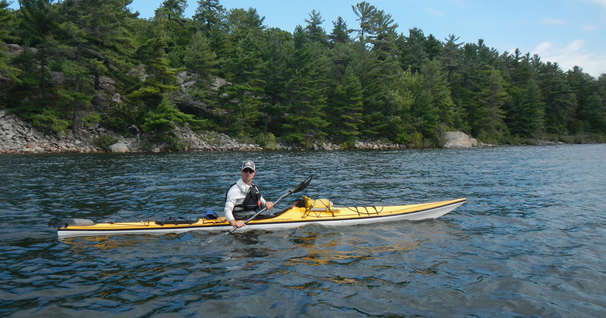 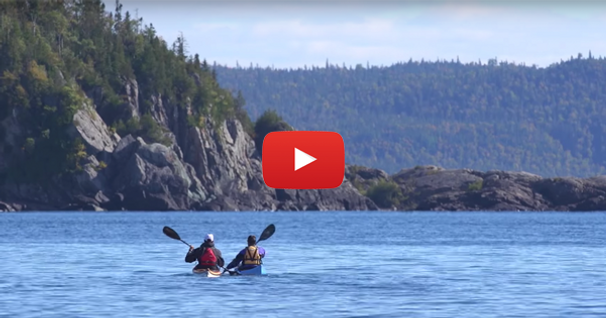 I grew up in an area of Canada that is often referred to as canoe country. The landscape is dotted with…