Canoe design is really important and you need to understand a little bit about it when you choose a boat. There are boat designs that are very long, very slim, and very fast designed for racing and for long distance touring. There are boats that are short, wider, more maneuverable for rivers and streams.

Basically, design depends on your function. You decide what you want, and you find a boat to fit it. So let's turn these two canoes over and see what they look like underneath, and I can show you how that works.

This is a typical example of a long, skinny, fast touring canoe. This is a Wenonah Minnesota II, 18.5 feet long, 34 inches wide. What makes this boat so ideal for long distance tripping is this very, very fine entry line here. This parts the water very, very cleanly, and you also notice that this part here doesn't get fat very quickly. It stays slim for a long time. Now that lack of fullness here makes the boat sit down deeper in the water and makes it harder to turn, but it makes it very fast and very efficient over long distances.

You'll notice the Minn II canoe doesn't have a keel on it. Well that's because it's a modern design. Most modern canoes don't have keels on them because they're frankly not necessary. Most boats that had keels on them were flat-bottomed boats that were put together half and half, kind of like an aluminum boat. As long as they're putting a seam down the middle of the boat, they put a keel on it to make that boat track. Without that center keel, aluminum boats or any flat-bottomed boat for that matter will tend to skid rather than go straight.

This design in particular has what's called a shallow arch. The shallow arch is the curvature along the bottom of the hull. The rounder the arch, the less stability there is in the boat initially, but the faster it is. So most designs look for a compromise between a flat bottom and a perfectly round bottom. Shallow arch is a good compromise for a couple of reasons. Number one, that arch makes it stiffer. So when you push down on it, it's really stiff. If you have a flat-bottom boat, it's going to be a little bit more flexible and therefore less efficient.

The other advantage of a shallow arch hull is it has very good secondary stability. What do I mean by that? Well, a flat hull has good initial stability. The way I look at a flat hull is like a kitchen chair with four feet on the ground. You lean the thing and all of a sudden you're over. With a shallow arch hull, it's more like a rocking chair. When you first get in the boat, it's going to feel a little bit wobbly initially, but as you lean the boat, the secondary stability kicks in like a rocking chair.

The Wenonah Aurora canoe is about four inches wider than the Minnesota II. It also has an arch that's a little bit flatter than the Minn II. This one's just a little bit more stable. So the long, slim, highly arched boats are really fast. The shorter, wider, shallow arched boats are a little bit slower. It's a tradeoff between speed and stability. For people who want stability, they get a boat like this. If people want speed, they buy something like that. Just depends on your use.

Rocker is the way you measure the curvature of the hull from the bow to the stern; how much the boat looks like a banana versus a straight line. The Minnesota II is a long, skinny tripping boat that has almost no rocker. If you take a string and pull it tight, there's maybe a half an inch to an inch of space between the stem and the string, just enough to make it lift a little bit at the stems. It actually makes it a fast, efficient, straight-tracking boat.

Let's measure the rocker of this Aurora. It is a shorter boat (2.5 feet shorter than the Minnesota II) and a little bit wider. But look at the rocker difference - it has almost a hand span of rocker in it. With all this rocker, theAurora canoe is going to be a lot more maneuverable, especially if you're paddling on small streams and rivers, you want to really get around those obstacles.

There are three different ways you can shape the sides of a canoe:

• You can have flair

• You can have it straight

• You can have it tumblehome

Flair is when it points out away from the center of the boat. That deflects waves when you run into them. Straight pretty much straight up and down. A tumblehome curves back in towards the boat. Why would you want to do that? Usually you'd want more flair. Well, you can't reach the water if you've got flair all the way down the side of the boat (and it's kind of ugly). So on this boat they've tucked the gunnels in, in the center, to let the stern paddler reach the water a little bit easier.

The Aurora is very different than the Minnesota II in terms of its entry line - it's much more blunt. It also has a lot of volume - the volume helps lift the boat up and over waves rather than punching through them. It's not as quick, but it's dryer. A lot more flair also helps spread the water and get it out of the way. So for chop and waves, a little bit of moving water, the Aurora works better than the Minnesota II. For long distances where it's flat and you're just punching through chop, the Minnesota II works better.

The Minnesota II has a very narrow entry line. As it comes up here, it's very, very narrow to cut through the water. Also not a lot of volume - makes it a really, really quick boat. 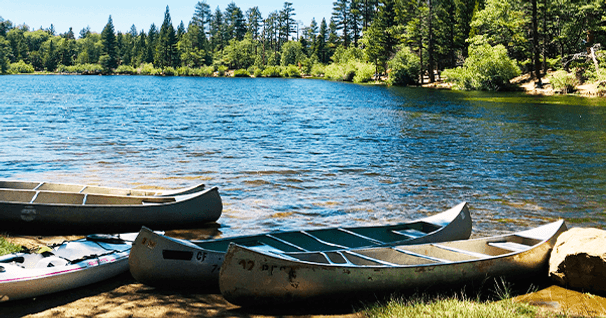 Choosing the Right Canoe for You

Remember when you bought your first car? Or maybe it was a bike. You may have chosen it for its color,… 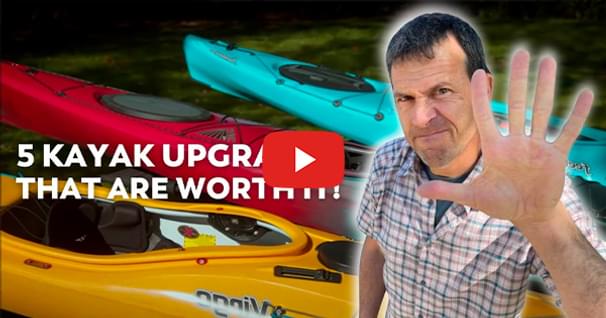 In this video, Ken Whiting explains the top 5 reasons to choose an upgraded kayak. Some of these… 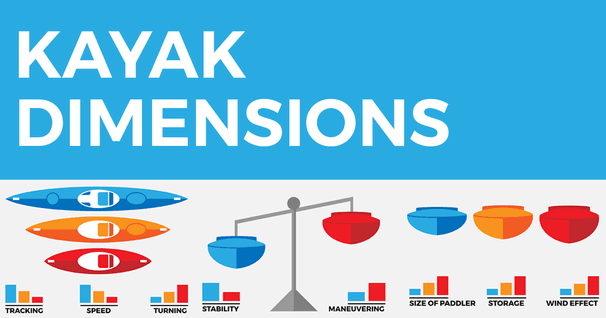