We live on a shrinking planet. More people want to be on the water, which ultimately ends up with more people abusing our natural resources, by reducing the number of fish that we have to fish for and destroying the places they call home. But, we as paddle anglers are capable of making some changes in the way we approach the sport that can certainly make a difference both right now, and further on down the road.

As I started making the outline for this article I ran out of room on my little note pad. It was all too clear - there is a LOT we can do to make things better for our finned friends. In an attempt to convey as much information as possible, I'm not going to elaborate much on each item. You're smart people - do a little research on your own. I'm also making the assumption that if you've read this much of the article that you're truly interested in the topic and are willing to help make a positive change in the areas where you fish, and also in the way you fish. Thank you.

Protecting our resource (the fish) is something that you can be involved in whether you're on the water, at home, or even at your computer at work. I'll start with a few things you can do before you get on the water.

Now that you've got yourself in the mindset to "preserve" the resource and not "remove" it, take that to the water with you.

This fishing thing is a lot of responsibility, isn't it ? We've only begun to scratch the surface. Once you're off the water you can still make some very positive impact. If you've ever watched the news and said "someone should do something", ever wonder who that "someone" is ? It's you. If you truly have a desire to protect this resource and take a stand on conservation and preservation, it will take several things. It will take your time, your money, your thought, and above all, it will take your participation. For me, here in west central Florida, there are countless organizations and programs that could benefit from any contribution I can spare. We're all busy, traveling at the speed of life. But if we don't act now in an intelligent collective manner, it won't be long before there's nothing left to protect.

In this article, I hope I informed you a little, and made you think a little. But more than anything, I hope I prompted you to DO a little - be part of the solution and not part of the problem. At the end of the day, these little things you do will give you more satisfaction that just catching a fish.

I'll close this article with one of my favorite quotes of all time … hopefully it will soon be one of yours.

"Many go fishing all their lives without knowing that it is not fish they are after." - Henry David Thoreau 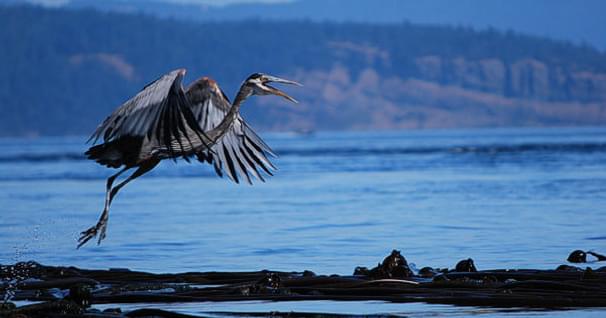