There are lots of board and fin combinations out there, and those have a dramatic effect on your board and how it's going to track. In this episode, we're going to talk about three techniques that are going to help you keep your board going straight.

The first technique is to make sure that your paddle is vertical when you're taking forward strokes. Even still, you're going to have to switch sides from time to time to make sure you're going in a straight line. The downside to switching sides is that it makes you lose the rhythm of your strokes because you're having to take the time to change to the other side of the board.

So another way that you can keep your board going straight is to do what's called a cross forward stroke. This is where we reach across the board and basically keep our paddle vertical and do a forward stroke on the opposite side of the board. This stroke will feel a little awkward at first, and you're not going to get much power from it. But it does help to keep your board going straight and keeps your paddle rhythm going.

The cross forward stroke is also a great warm-up exercise for your shoulders. To get the most power out of your strokes, remember to involve as much as your core muscles in the stroke as possible.

When the blade reaches our foot, we're going to twist our wrist to rotate the paddle blade so that is parallel to the board and recover the stroke.

The third and actually the most effective technique for keeping our board going straight without having to switch sides is called a bow draw. Before we start talking about the draw, we want to define the range of motion for a draw stroke and the different types of draws.

If I hold my paddle vertically at my side with the blade just out of the water, you'll notice that right here is just off my hip. We call this a hip draw. You'll also notice that the blade is parallel to the board. That means it's a neutral draw. This is a neutral hip draw.

If I then slide that to the nose, it's called a neutral nose draw. If I slide it to the tail, it's a neutral tail draw.

So there you have it. That's the basic range for a draw stroke. Any draw stroke you do is going to be hip, nose, tail, neutral, closed face and open face.

For the purpose of keeping your board going straight, you're going to be using the closed face nose draw, which again is a draw stroke planted toward the nose of the board with your wrist curled slightly forward to close the power face to the oncoming water.

You're going to use this closed face bow draw in combination with the regular forward stroke to counter your board's natural tendency to turn away from forward strokes. Here's how it works.

At the beginning of the stroke I'm going to rotate the blade and pull the blade toward the board. You'll notice when I do this that my nose turns. This is just a bow draw. When I combine that with my forward stroke, I carry my momentum, and I can actually turn to the inside of the turn on the side that I'm paddling on.

A great way to practice the closed face bow draw technique is to paddle your board in a long wide circle using only strokes on the inside of the turn. Try to keep your board nice and flat while you're doing this too. If you're doing it correctly, you should be able to keep going in circles while maintaining your forward momentum.

A couple of key tips for the bow draw. If you keep the leading edge of the blade closer to the board throughout that draw part of the stroke, it's going to allow you to carry your momentum. As soon as you open up that blade like this and pull toward your board, it's effectively putting on the brakes. So that's not going to be nearly as effective if you're trying to carry your speed and get somewhere. 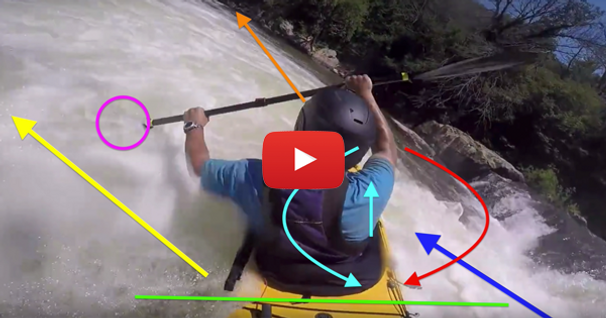 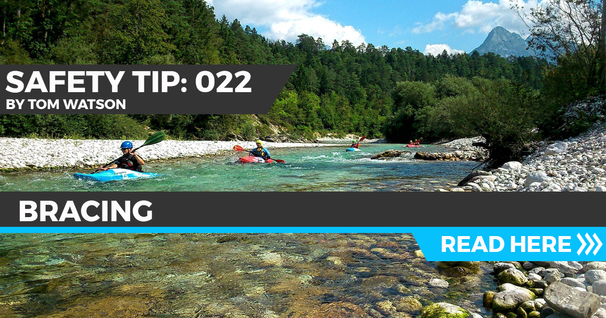 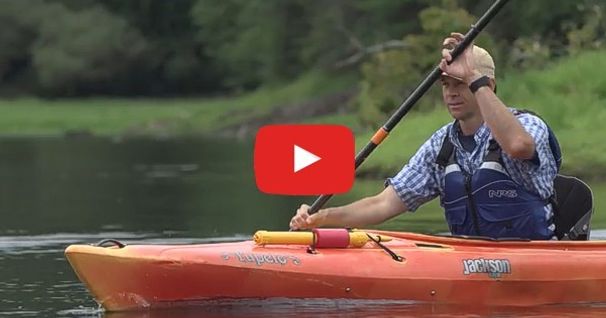