Paddling in the 80s

A recent article in Rapid Media’s on-line magazine listed seven reasons why now is a better time to be paddling than the 1980s. Respectfully, I disagree—and except for bent-shaft, carbon-fiber paddles and my three carbon-Kevlar solo canoes—which I dearly love—I think that we had it better then, than now.  Here are 12 reasons why:

1. Canoes were immensely popular in the 80s, especially Royalex canoes.  Royalex is now officially dead and manufacturers are scrambling to replace it with a material that works as well.

2. Canoe routes in northern Canada were lightly traveled in the 1980’s. You could paddle almost anywhere “up north” and never see a soul. Rivers aren’t exactly crowded today, but it’s likely you’ll meet other parties.

3. There were no satellite phones, personal satellite communicators or GPS units in those days—and therefore no way to quit if you encountered trouble. So you became a proficient paddler and camper and you relied on practiced skills to save the day. Now, there’s an attitude that if problems develop, help is just a phone call or key punch away.

4. There was no "crown land camping" fee  (about 11 dollars per person per night) in Ontario. It was freedom of the hills without restrictions.

5. Bush pilots were glad to carry canoes on the pontoons of their float planes. Now, many won’t.  Canoeists must now charter larger more expensive airplanes or use folding canoes.

6. The tents--at least most American tents--were faster to pitch and arguably more stormproof than the ubiquitous domes which crowd modern campgrounds. Rain flies covered every seam and zipper and there were no plastic windows to fail.  Zippers were larger and less likely to fail.  Really now, when was the last time your sleeping bag zipper jammed? This never happened in the 80’s!

7. Stoves that burned white gasoline were less troublesome, more compact and rugged than the tinker toy-U put 'em together ones of today. If you include the weight of the separate aluminum tank, fuel line and accessories, they’re not much lighter either.  Every “put-together” stove I’ve owned has eventually failed--and always in the same place--at the connector. In all my years of tripping I've never had an Optimus 111B, Phoebus 625, SVEA 123 or Primus 71 fail, catch fire or explode.

Many of the old stoves had geared cleaning needles. The ones today have a magnet that raises a cleaning needle up through the jet. The magnet does not have enough power to clear a heavily carboned jet. Hammer the stove hard and the needle may weld itself to the jet. It’s happened to me twice!  Ask me about any "tinker toy" stove and I'll tell you stories!

8. The old tubular style Life jackets (PFD’s) were cooler and more comfortable than the solid panel ones of today. They moved with your body like the folds of an accordion. They were lighter and more breathable. Today’s vests are hot and heavy and largely designed for class IV kayakers.  And that’s not me!

9. The venerable #3 Duluth pack reigned supreme in the 1980’s. There was always room for “one more thing”. They were as comfortable to carry as modern packs (and comparably, much less expensive), if you used a tumpline. Frankly, I wouldn’t own any pack that didn’t have one.  Thousands of Voyageurs and Himalayan porters can’t be wrong!

10. If you own an old Silva or Suunto Orienteering compass, you probably treasure it. Why? Because those beautiful aluminum dials turned much more smoothly than the plastic ones of today.  And they looked elegant too.

12. Eighties paddlers appreciated the difference between wind gear and rain gear.  Porous nylon, polyester and cotton parkas were commonplace. Now, every shell jacket is Gore-tex, coated nylon or has a Durable Water Repellent (DWR)  finish. None of them breathe well enough for active use. 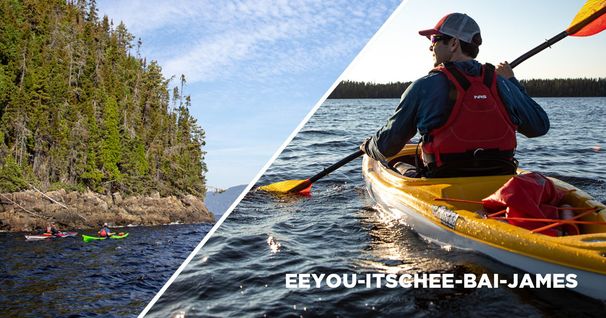 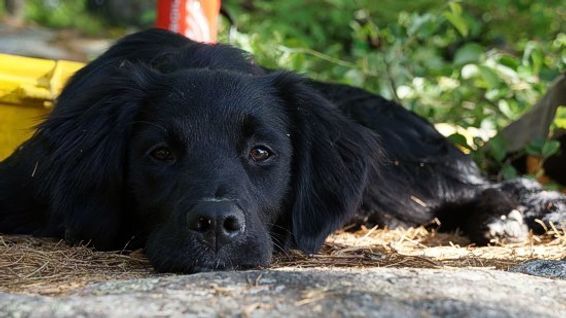 Paddling with your best friend - your dog

I'm on my third dog now. Angel is a "Gollie" - a mix between a border collie and a golden retriever.…