I will always remember when my friend Patrick, a seasoned paddler who thrives on organizing wonderful day-trip expeditions in his native Massachusetts but who hates to plan in advance, decided to finally add multi-day kayak camping trips to his bundle of fulfilling life experiences. His only problem was he never realized that it takes more than a grill and a huge campfire fed with fire starter to cook good outdoor meals: careful planning and minimal kitchen skills are a requirement as well, not to mention the proper utensils.

Burned steak and raw asparagus, anyone?

As a result, the first night of his very first solitary outing on an island south of Cape Cod, he found himself starving after the precious steak he brought along stuck to the grill and badly burnt because of two classic rookie mistakes: he had forgotten to oil the grill and to let it heat first; and he didn't wait long enough for his fire to turn into very hot coals. Instead, he flopped his steak on the grill just as the flames were starting. He also ate his asparagus raw because he forgot to bring something to properly cook them on the same grill (ie: aluminum foil, skillet or skewers). The next day was not the best either, at least from a culinary point of view: the robust bacon and eggs breakfast he had fancied for the first two mornings of his trip never materialized. First, the bacon had turned a greyish unappealing color with a very bad odor because my absent-minded friend forgot to put his precious cargo between two ice packs in order to maintain it at a safe temperature (it works for no more than 24-36 hours if the meat is already frozen when placed in a cooler). On top of that, because the six eggs he brought were not secured in a non-collapsible plastic box, five were either cracked or broken.

You could say something went terribly wrong for Patrick during the first 24-hours of his extended kayak trip. Fortunately for him, he had brought along many protein bars and roasted almonds, which were used as a meal replacement and prevented him from going back home the second day of his five day solo kayak expedition. What a failure it would have looked like in front of his friends! Instead, he returned after three, swearing he would never ever go on his own again…

A can opener… or two!

To minimize the consequences of his shortcomings and to prove me that horrible food experiences are pretty much mainstream in the paddling community, Patrick (not his real name, of course!) told me other tales of kayak cooking gone very bad: one day, during another week-long kayak trip in the Everglades, one of his colleagues (who wasn't much of a cook to begin with) had to rush back home after 24 hours because he had forgotten his most important piece of equipment: a good quality can-opener. So no baked beans, no minestrone canned soup, no pasta in tomato sauce and no ham sandwiches could be devoured by him or his party of four ravenous paddlers after a long day on the water… Instead, they had GORP, peanut butter and jelly sandwiches on stale bread, a bit of boxed mac and cheese and ramen noodles with some powdered eggs for proteins. Could have been worse… the trip could have been cancelled!

Lack of planning is one key factor in meals gone wrong on a camping trip: but not choosing the right ingredients or being too ambitious are other frequent errors among outdoor cooks. During a trip along the Vancouver Island Coast we laughed like crazy when we watched my brother-in-law trying to fix a decent guacamole out of 8 avocadoes he insisted on bringing along on the trip: the first five had turned mushy and a less than appealing brownish color due to poor manipulation, while the 3 remaining ones were as hard and unripe as if just picked from the tree. Then Marcel took two large bags of corn chips out of his front bulkhead only to find them crushed into tiny bits because he had placed heavy stuff over when he packed his kayak; like sour cream and grated cheese that did not survive the day misplaced in the aforementioned bulkhead because they were in constant contact with the hot and humid air above.

It was the poor man's turn to fix our group of eight a filling dinner, as we took turns when it was time to cook meals. "Well, I thought it would be okay to leave it in the yak as long as the container was not opened!" claimed the in-law when he saw the sour cream turned sour beyond expectation. But my husband saved the day, thanks to two cans of refried beans he had brought along, just in case. Despite his wife's advice to leave his beloved Mexican fresh guacamole, sour cream, cheese and corn chips recipe home, Marcel didn't listen. It was of no consequence that time, except that we ate the canned refried beans with not much garnish that night… at least, the glass jar of hot salsa he also put in his bulkhead was not broken. Of course, a plastic container would have been more appropriate for this kind of trip…

Something similar happened during a long kayak-camping weekend with my sister and some friends when she insisted on preparing a homemade cheese fondue over the camp fire, buying expensive ingredients and French baguette but omitting to add some fresh veggies, such as broccoli, cauliflower, carrots, mushrooms or zucchini that are essential during a kayak trip if one wants to turn the cheese fondue into something that looks and feels more like a complete meal than an appetizer. When my sister added the white wine and the kirsch liquor to the Swiss cheese, it turned grainy and separated instead of melting. The fire was just too hot. Again, it was of no consequence because I had decided on a "plan b" and had brought in my kayak a few foil pouches of ready-to eat fondue (just in case!), which, in my opinion, is almost as good as the real thing; not to mention the veggies, a bare necessity as a means of getting fresh food with a high water content after a day of arduous paddling in the wind and the waves. Next morning, my sister was not too happy with her crushed bananas either, which she had decided to store in the bottom of her brand new blue dry bag, despite our advice against it: another rookie mistake that could have been prevented if she had listened to the more experienced paddlers in the party!

Pie in the sky…

Baking is another sector of the outdoor kitchen that I feel is best left alone unless you are very skilled. I've tried at least 10 times to make various versions of cakes with a dutch oven surrounded by coals; they would invariably turn overcooked in several areas and barely cooked in others. It is very difficult to get the right temperature all around the batter once you pour the mixture in whatever cake mold or pot you try your luck with. So, as a result, you get a somewhat sticky pudding rather than a decent piece of cake, not to mention the fact that leftovers don't travel well because they are too crumbly… I also experienced huge problems trying to tame fresh pizza dough that, apparently, would rather stick very neatly to my fingers than care to rise due to high humidity in the air. Twice I've also tried my luck with muffins cooked on the grill, covered with a pan, because I've read a story about a canoeist who would make lovely cupcakes (without the butter cream!) that way. Mine looked, tasted and felt like hockey pucks!

Bread in itself is another tricky staple to carry on any trip on the water because you end up with a little grey fur-like substance (called molds) real quick, especially with whole wheat in a plastic bag! So to avoid this frustrating experience, I once came up with a glorious idea: on the second morning of a five-day kayak trip along the Saint-Lawrence River, I would make luscious bread pudding; those were my early days in the kayak-camping field, shall I say. To achieve good results with this apparently easy and clever dessert made of leftovers, I decided I would use dried eggs. So I mixed it with water, poured it over the bread with some maple syrup and let it sit for half an hour before trying to cook it in a pan for more than 45 minutes. It was the worst piece of food I've ever made and tasted in my entire life! The overcooked powdered eggs got clumpy and very smelly (like rotten eggs, more or less). Horrible, pure and simple… That night, I took comfort in the fact that the lingering natural gas smell would keep bears and raccoons away from our camp… So, no, I'm not a big fan of dried eggs… Nor am I a big fan of textured soy protein (I could tell you a few horror stories about vegan soy ragout gone dry and burned in the pan).

As for bread, except for the first two days or so, I'd rather bring bagels, English muffins, even crackers in metal boxes on board. Or I would make corn fritters cooked in a bit of oil and serve them with cheese in the morning. Much easier and so delicious!

As I mentioned previously, when camp meals go wrong it's usually due to a lack of planning or too much ambition. Keep things simple, make detailed lists of your meals and ingredients, as well as of the utensils you need. Bring doubles of the most important ones, such as can openers, lighters, and the like. And always plan to bring along at least 30% more food than what you plan to eat… It's a life saver in so many situations: if food has gone bad, spoiled, lost or stolen by lovely critters such as bears, ravens, raccoons or skunks, or because bad weather or a sick fellow paddler requires that you stay put a little longer.

Another thing to do is to ensure that the people in your group who are preparing the meals, choosing the menu and buying the groceries know what they're doing and are aware of the unusual and often very challenging conditions in which they will be cooking…

Enjoy your next trip by keeping powdered eggs, guacamole, bananas and flour at home! 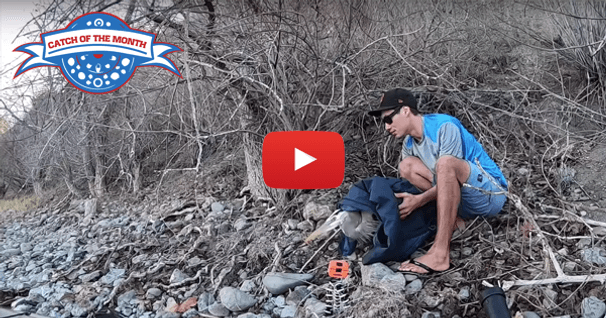 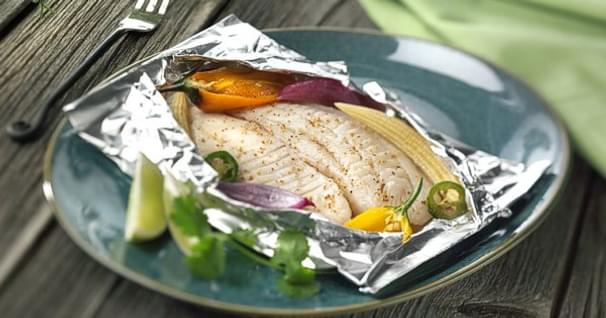 If there is one piece of camping gear that I would never leave behind, it is aluminum foil. That is…

You've been paddling all morning on a particularly hot and sticky day. Finally, you break for a well…