Canadians love tumplines. Americans generally consider them torture devices, largely because they've never tried them or haven't adjusted them right. I love tumplines and I wouldn’t own a pack without one. The tump snugs the pack tight against your back and keeps it there - a plus on the level and more so when ascending hills (it doesn’t work on downhill slopes - the opposite of a hip belt). It takes the weight off your shoulders and transfers it to the strong muscles of your neck. 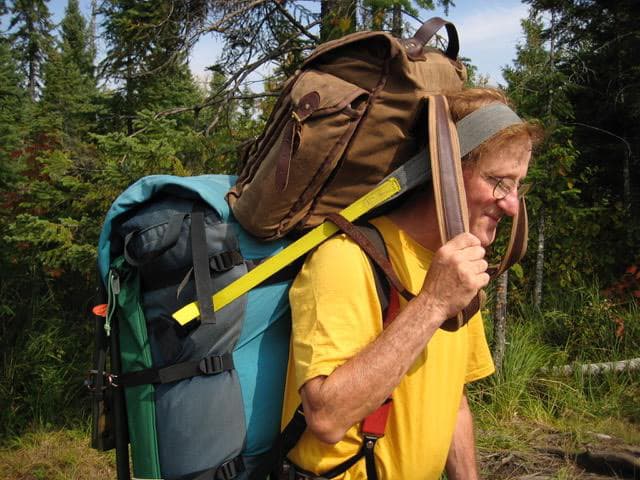 Stacking stuff on your back provides a clear view of the trail ahead.

Contrary to popular belief, it won't stress your neck or hurt at all--that is, if it's adjusted right! You can’t just put on a tumpline and go. It must be adjusted exactly right for YOU. Every “body” is different and what works for one won’t work for all. Increasing or decreasing the length of the tump strap by as little as half-an-inch can make a BIG difference in comfort. And so does where you place the strap - it goes about two inches above your forehead, not against it. It should not jerk your head back

The “pull” is straight down from the top of your head through your neck. The best way to achieve the correct posture as you walk, is to focus on a spot that's about 10 feet in front of you. If you feel the tump pulling your head back, the strap is either too tight or you're eyes are focused too far away.

When I was guiding trips in northern Canada, I always took time at the first portage to show everyone how to fit a tumpline. This paid rich dividends over the long haul. I observed that nine out of ten people who tried the tumpline - and learned to use it right - refused to carry a pack without one. But some people are like the eighth graders I used to teach: if they don’t get it instantly, it’s not worth learning!

On a similar note, I should add that people in underdeveloped countries have, for thousands of years, carried heavy loads on their heads or in packs supported by tumplines. The Sherpa’s rely on tumplines exclusively - and these guys portage heavy gear up mountains for a living. Back in the 1960's, a major pack company gave several high volume mountaineering packs to some Himalayan porters. The porters cut off the shoulder straps and installed tumplines. They were very familiar with shoulder straps and hip belts, but they refused to use them. Need I say more?

The best way to rest your muscles on a long, mean portage is to switch between tumpline, hip belt and shoulder straps. No rules says your pack can't have all three.

A TUMPLINE FOR YOUR CANOE
What works on packs, works on canoes too. The tumpline described here can be adjusted to reduce the weight on your shoulders from zero to 100 percent.  A 50 percent weight reduction is a comfortable way to go. Unlike rigid leather straps, my trampoline-style tumpline, like the one shown below, won’t strangle you if you step into a hole. It stays on the boat but it can be removed with one hand in seconds. 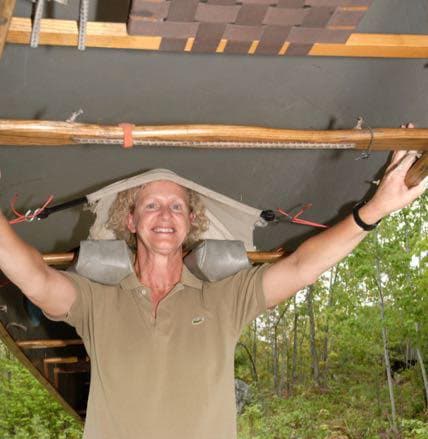 Trampoline style tumpline - adjust to take about half the weight off your head
(Note that the tumpline is attached BELOW the yoke.)

Here’s how to make one:
You’ll need a rectangular piece of canvas, two rubber truck straps, four steel S-hooks and some parachute cord. Snake the straps through wide sleeves sewn in the head piece, and snap them to loops of parachute cord strung through holes in the gunnels. Head-piece dimensions aren’t critical: mine measures 12” x 18”.

Shortening the loops of chute cord tightens the rubber straps and transfers weight from your shoulders to your head; lengthening the cords does the opposite. I adjust the rig to carry about half of the weight on my head.

When you tire of the tumpline while portaging, just reach overhead and unhook it--and bear all the weight on your "Minnesota" yoke. You’ll have to set down the canoe to hook up the tumpline again.

In recent years, tumplines have come under fire, largely by Americans who don’t know how to use them and won’t take time to learn. However, “head carries” are the rule in third world countries, though shoulder straps and hip belts were here before Rome. Efficiency is the mother of tradition, as any tump-toting Sherpa will attest. Try a tumpline on your pack and canoe and see if you don’t agree that things go easier when you use your head. 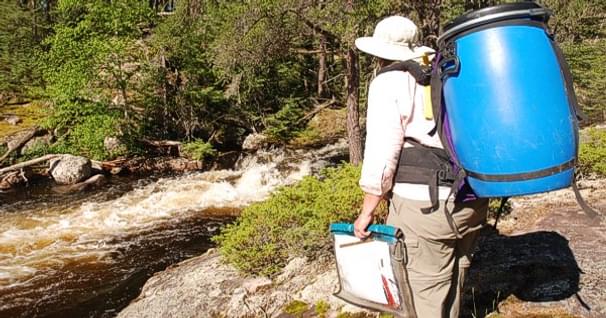 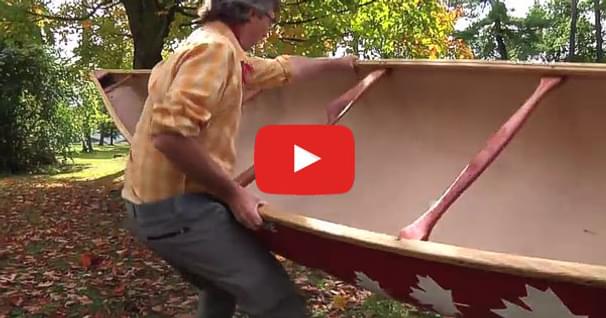 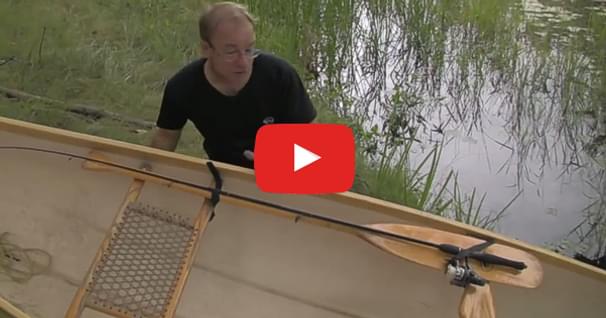 Here's a few tips to make that portage a little bit easier. It's always awkward when you have to carry…