I absolutely love the scene in Bill Mason's Waterwalker film where he lines his canoe down a nasty bit of rapids, as if he's walking a dog on a leash. Mason gets more than a bit wet in the process, and finds himself in the water more then on dry land. It's not a text-book run; and that's why I like that scene so much. It's true to life.

Lining a canoe in rapids is definitely easier then portaging, and it's generally safer then running a section of rapids that you're not entirely comfortable with. However, it's a skill set that needs some balance and a little bit of flair. It's an art form, which is why lining requires lots of practice; lots of trial and error. But when you do it right, it's like dancing the perfect jig.

First thing is to choose between lining with one rope or two. Lining with one is simpler. Having two ropes, one attached to the stern and the other the bow, takes more rehearsing. However, it also gives you more control of the boat. Don't go cheap on the rope. That woven nylon rope generally sold at hardware stores is a bad idea. It coils up, snags and stretches. Use a stiffer type, like braided polypropylene that floats. It should also be at least 3/4 in. diameter to give you something solid to grip on to. The length on both ends should be 25 feet (8 meters). Some paddlers prefer more but it can quickly become a sloppy mess.

Where & How to Tie

It's common to see paddlers simply tie each piece of rope to the bow and stern base plate. This limits your control over the canoe, however. The rope is much more efficient lower to the water. You could drill holes through the upper ends of the bow and stern and place the rope through there. But I find the bridle knot (perfected by the legendary canoeist, Bill Mason) to be the best bet. Take a length of your rope and double back one end approximately 6 feet (two meters). Then knot both ends together in the center. Now place the two short ends of rope under the bow, so the knot is positioned under the canoe, right on the centerline, and tie the ends to the outer portions of the canoe seat. Repeat the same procedure with the other length of tracking line at the stern. With the main length of rope positioned directly under the canoe you place the point of pull on the centerline; this prevents the canoe from tipping when you're pulling it across the current.

It's possible to line solo or with a partner. Going it alone means you'll have to adjust both ropes, and at times this is just as challenging as rubbing your belly and patting your head at the same time. Having one person take the bow and the other stern, however, requires intense communication skills and shouldn't be attempted by spouses in the midst of a marriage crisis. If you choose to line solo you must adjust the two lengths of rope and regulate the angle of the canoe relative to the current. The force of the water will push against the canoe, skirting it back and forth and allowing you to place it in the desired position.

Having the stern pointed upstream and the packs weighing down the bow will give you more maneuverability and lessens the chance of the canoe digging into the water and swamping. Also, try to avoid eddies where the canoe is forced upstream with the current; it may swing broadside when forced back into the mainstream and yank you into the drink. Also make sure not to get tangled in the rope. You can drown in an instant this way, which is why all canoeists should always have a sharp belt knife on them or a sheathed blade attached to your PFD.

The last tip is to never count on using brute strength to get you down, or up, the set of rapids. The technique takes finesse and patience, and countless bloopers where you learn from your mistakes. The advantages are far worth the hassles, however. If you learn to line a canoe then you limit the times you have to portage it - and no one likes to portage. 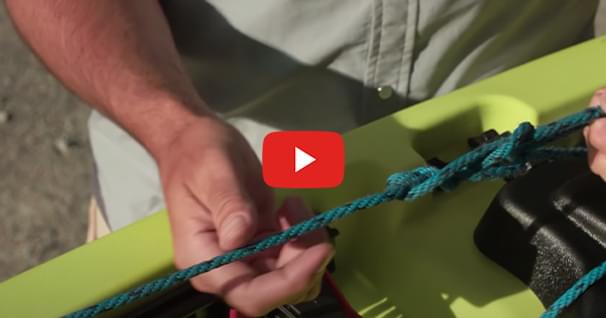 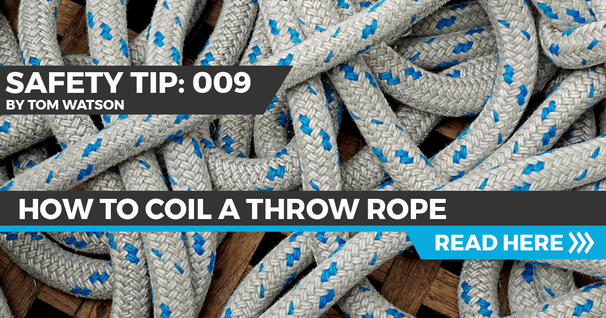 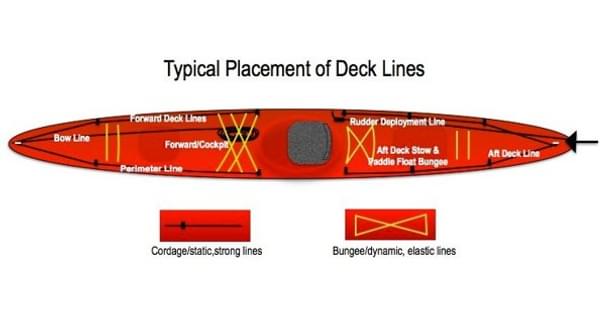 By the most basic definition, any form of rope or cordage on a vessel is referred to as a "line".… 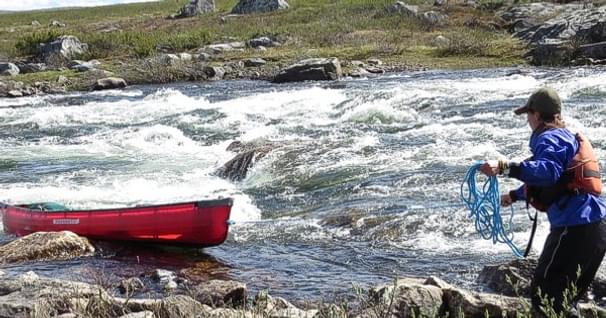 Lining a Canoe with a Single Rope