We're gonna take quick look at launching in surf. First thing we're gonna talk about is the ideal beach to launch at. The ideal beach for launching is very much like this, it's got a nice gradual slope into the water, and that slope continues to be gradual fairly far out. The reason that's good is it means the waves are gonna break gradually as they come in. If the slope of the beach is too steep, the waves will roll in, pitch up in the last second and dump hard. That makes it really tough to get out, keep your gear organized. Once you're through those first few waves, you're in the clear, but those last few... there's the last seconds when those waves crush they can really hammer you hard.

So once you've chosen your spot, waves come in, in sets, and the lull between those sets is really when you wanna take off, unless you're dealing with really tiny surf so it doesn't matter, actually very much like this, you could pretty much go in it any time. You wanna wait until a set has rolled through and waters comes down a bit. Soon as it has grab the bow of your boat and drag it out as quick as you can into about knee deep water to the point where the boat is gonna float on its own, and it's not when that wave recedes, you're not gonna get stuck high and dry on the sand. Because if you hop on your boat and get stuck high and dry, I guarantee you the next wave will come in smoke you, and it's gonna dump you.

So, walk the boat out as quick as possibly, everything you do in launching and landing should be very precisive, very quick. That knee deep water, wait for a wave to pass you by until there's nice, calm spot on the other side of that wave, and then hop in as quick as you can, and just start paddling.

Now, when we talk about punching, breaking through waves, not too much to know there except you have to be perpendicular to the wave, especially when it's breaking. If it is breaking, you're gonna have to really punch through it, then take a last powerful stroke as you hit it. That stroke it does two things, it helps pull you through the wave but it also stabilizes you. If you don't have a blade in the water then when that wave hits you, you can flip left, you can flip right, you don't know which way you're gonna flip. If you take that stroke, it's acting as much as a power stroke through as a brace, it's for you to support yourself on.

The other thing I like to do too if the wave's big enough is, as I take that stroke I'll tuck my head in behind the top arm. And that just cushions the blow of that breaking wave against my ear and against my face, and it's amazing how much power a breaking wave can have when it hits you. So plant a powerful stroke as you punch the wave and tuck your head behind your top arm. You should be able to break through most good size waves.

Ken is a World Champion Kayaker, an obsessed kayak angler, and the author/producer of an award winning series of instructional kayaking books and videos. He was recognized by "Paddler Magazine" as one of their 'Paddlers of the Century'. For more information, visit www.helipress.com. 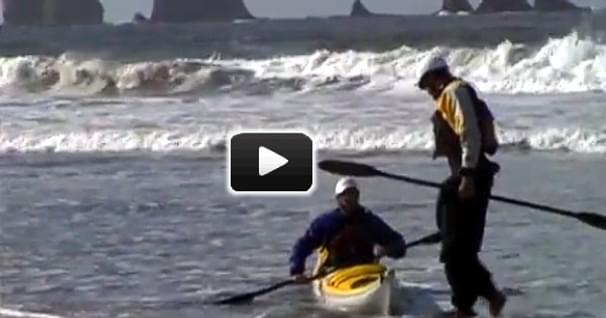 Video Transcript Making a controlled landing in a surf zone is one of the most difficult things to do.…

Summertime is here and the masses head for the water. Some of those masses are us kayakers. By electing… 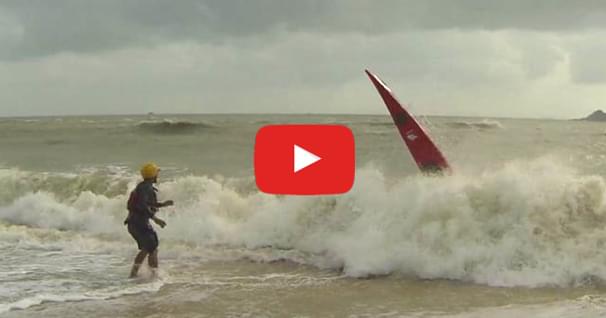