In this video I cover some lessons I learned from messing up and mistiming a surf launch and a surf landing.

First off I want to thank everybody that chimed in answering in a video I posted to see what kind of videos you'd like to keep seeing. I got a lot of great input and a lot of different topics that people want to see.

I received several requests of people asking for specific lessons I learned in things that went wrong. Scenarios where something went wrong and then what I took away from it.

I thought I'd start with something that happened to me recently. Now, before we made our way up to Mendocino I got the chance to join a couple of coaches that were going to be go on a day paddle in San Francisco. It was awesome. I got to learn a ton, I took my camera equipment, but it was my first time in the area and I messed up both my surf launch and my surf landing.

This video is not an overview of how to launch or how to land, this is simply a couple of lessons that I learned by making mistakes while launching and landing in surf.

Let's see the video: so I was sitting there, watching to see if I could time it and find a good window to launch. Bill was just outside where the waves were breaking and he was giving me signals with his paddle to let me know if I should hold, if I should wait, and if I should go. The main mistake I made was the place I set up to wait to launch was actually still letting the water move me around. As the water started to recede, I had the signal to wait for this wave to come, but the water decided for me and started sucking me right into it.

You'll see here I just stopped back paddling, there wasn't enough water for me to back paddle on. At this point there was nothing I could do, I was just getting sucked in, so all I had to left to do was get into position, wait for the right moment, get into that wave and power through it.

The right thing to do would have been to hold position, wait for that wave to crash and then launch right after in that nice calm period. But the big mistake I made I was not paying attention, I didn't realize that I wasn't in control of timing, and then the water decided for me.

When you're landing in surf you do a similar thing. You watch for those sets, you watch for those windows of opportunity where you're going to have somewhat of a lull and that'll be easier to get on the beach during those windows where it's a little bit calmer. You wait for a wave to go right by you and then you try to chase that wave, right behind it the whole time, all the way to the shore. That way when the wave breaks you have a nice lull to use as your landing moment.

Sadly I don't have footage of the landing but here's what happened. I had the group giving me signals from the shore and when we thought we had a good window I picked a wave to follow and I was right behind it all the way to the very end. What happened was the same undertow that had gotten me during the launch started pulling me back and not letting me get to shore. And guess what it did… it pulled me right back, next wave crashed on top of me, turned me over. It was okay, I was right on the beach, I pulled out, I got out and I walked out.

The only thing that was hurt was my ego, because it was just a silly way to end the day. I could have easily landed correctly. I didn't time it correctly, also I don't think pushed hard enough to understand that if I didn't get there at the right time that undertow was going to pull me right back and have another way of crash on top of me. And then the last thing was when the wave crashed on top of me, I could have easily done a sand roll instead of just pulling out and getting out of there. But I think at that point I was just tired, I was thinking about the camera equipment being upside down and in the water, so I just got out and pulled a kayak right out.

So the lessons I learned: if you're paddling a new location that you don't really know well and conditions are bigger than what you're used to, make sure you ask as many questions as you can with the group. Make sure you're paddling with a strong group that can take care of you. I did those things, I just didn't ask enough questions and I didn't pay enough attention so that I could really incorporate what was happening. I was focusing on other things. I was thinking about the camera equipment…

Another lesson I learned was anytime I'm in a situation like that again, I'm going to spend more time watching and learning. Really trying to understand and to spot sets, and then spot windows. Where I usually paddle we don't have to worry as much because usually sets are much smaller, swell is much smaller, so it's not as big a deal.

So if you have any stories or tips that you'd like to add so that we can all learn together, please comment below. Let us know what happened to you and what you will be doing next time differently.

Keep an eye out I have a couple of gear reviews coming up and I have a couple of trip videos that I'm finishing up – those might take a little bit longer. I hope that was helpful, subscribe if you'd like, I'm always trying to put these videos out. As always, I’m Luke Rovner for Kayak Hipster, thank you for watching and see you next time. 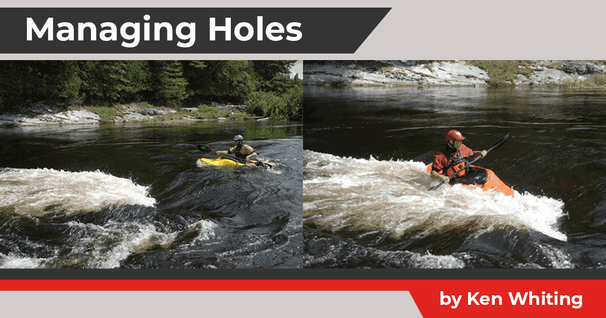 Holes provide your most formidable challenge when running a rapid. More often than not, the line you… 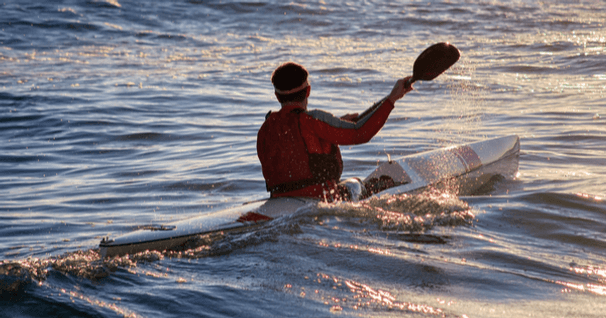 Unfortunately, too often, I hear of paddlers with sore shoulders or those recovering from shoulder…