After a long day on their ride, you'll find them gathered together. Wind blown hair, sunned faces, sore butts. They exchange stories, some factual, some not so. They talk of parts and accessories, of faraway (yet secret) places. And some even share pictures. This breed of individual is just the average person through the week. But, on the weekend, they dress differently, enjoy their sport, and seek out others like themselves. 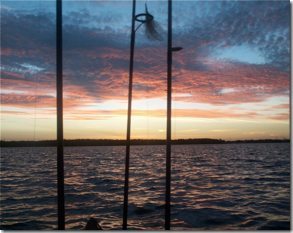 No, I'm not talking about bike week at Daytona or Sturgis. I'm talking about the festivities you'll normally find surrounding a kayak fishing tournament. As this sport grows, naturally some feel the need to compete, get trophies and prize money, as well as earning some bragging rights. But, just like a "poker run", it's more about the camaraderie than the competition. In this article, I'll attempt to fill you in on how these tournaments work, and encourage you to give them a try.

I can say from experience that they are a lot of fun. I'm not the competitive sort, so I have no delusions of winning in one of these tournaments. But, like everyone, I want to do well. And its fun (for a day at least) to take kayak fishing a little more seriously. It's easy to get caught up in it. It's also a shallow excuse to go "pre-fish" and also to go buy more gear. And, who can't use another t-shirt ?

HERE'S HOW IT WORKS:

There are many different types of tournaments going on now, and each has its own special rules and conditions. Here is a very generic method I've seen used, and it works well. The participant pays an entry fee. In some cases, participants can pay more (per person) to also compete at a team level. Normally this is merely for a trophy and bragging rights. The main prizes and awards still go to individuals. Typically there will be a "Captain's Meeting" on Friday night. This is where the participants get together and discuss the rules, and have some fun. In the larger events there is normally a goodie bag given out, often with a commemorative t-shirt. Kind of like Halloween - you dress funny, hang out with your friends, and end up with a bag full of goodies. The tournament itself will be held the next day (Saturday) and will have a predetermined start time and weigh-in time. However, no fish are weighed, they're photographed (while resting on a measuring stick) with disposable cameras, and then released. That film is developed to determine a winner. Normally there will be awards given to the top 3 entries of several species, and another for "slams" (best of 3-4 different combined species).

Yes, as with any other sport, you'll have some degree of this too. The kayak fishing community is known to frequent the various message boards, and one thing usually leads to another. It's always in good fun. These folks will talk up a big story, but will also be the first to help each other out if they get in a bind out on the water, or on the road to/from the tournament.

The "Extreme Edge" tournament series, the "DOA" series, and many others, have tournaments all over the country. Some individuals and teams (sponsored or not) go to all the events from TX to NY. However, the tournaments are designed to attract the local crowd where the event is being held.

What a comical phrase this is. This is nothing more than a lame excuse to go fish more. Still, most try and do this if they can when, especially when they're fishing unfamiliar waters.

THE CAPTAINS MEETING / THE RULES:

Normally, the rules are very clear, and will be posted on a website, or handed out at the "Captains Meeting". However, if anything doesn't make sense, this is the time to get it straight. If you're really serious about this, take the rules serious and know them long before you hit the water. Discussing the fine letter of the law after a day of being out on the water is not the best time to do it. However, a quick look at these guys and you can be the judge of how serious it is.

THE DAY OF FISHING:

How does that expression go ? "Early to bed, early to rise, fish like **** and make up lies". Normally the contest will start at "first safe light". And that actual time is normally determined during the "Captain's Meeting". True, it may be early, and you may be getting all your gear loaded in the glow of your head lights, but there's something magical about being on the water as the sun comes up.

WHO'S IS BIGGER or MEASURING YOUR CATCH:

The fish is normally measured on a device provided by the tournament, photographed with a disposable camera provided by the tournament. And the fish must be photographed in your kayak. So, once you catch your fish, you have to get it in the boat and then snap a picture that CLEARLY shows the fish on the measuring stick. I practice this too, since it's a part of the tournament process as well. I've heard stories of winning fish getting away because they flopped off the measuring stick, etc. Yep, that's fishing ... 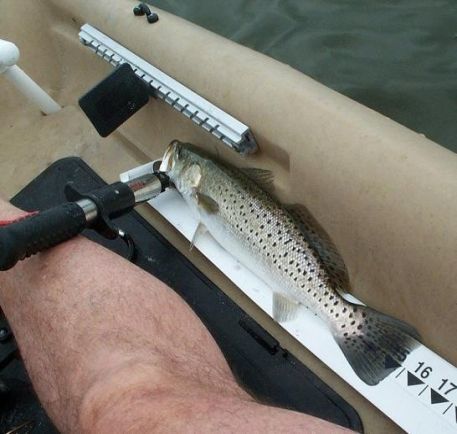 Almost all of these tournaments target 3 species, with prizes given for best individual fish, as well as the longest combined length of 1 of each species (also known as a "slam"). In my part of Florida, that "slam" is trout, snook, and redfish. If you happen to know a great snook spot, you may opt to fish there most of the day to try just for that monster. However, if you know a place where all 3 hang out catching one decent fish of each size could put you in the "slam" money. Catching 2 however, will probably get you nothing. Like poker, it's a gamble, but it's still fun trying.

Of course there's always that possibility, but it's very unlikely. Kayak anglers are a special breed - they conserve, they help their buddies out, they stick together. But I'm the sort of person that feels if someone can live with achieving something by cheating, then I can live without it. I'm not going to worry about it - it's just fishing.

The weigh in time is normally stressed in the published rules and again at the "Captains Meeting". Normally, the contestants will have the measurements of their fish written down, and that is submitted with their camera. The judges check the paper to see if anyone is declaring that they have a fish that could be in the running. If not, the pictures aren't developed immediately. However, if a potential winner is turned in on paper, then the camera is developed and the pictures are reviewed. If someone states they have a large fish and the picture clearly proves them wrong, then they are beaten with an 8wt fly rod - it's in the rules. Cameras fail and pictures are sometimes too blurry to call. Sometimes bad luck comes in to play as much as good luck. This is where the sportsman in us shines through. It's still just fishing folks.

A couple of the big kayak fishing tournament players in my area are:

However, if you search on "kayak fishing tournament" and also enter your state, chances are good something will pop up. If not, then you need a road trip. The only reason I don't fish more of these tournaments is not having enough time. My wife fishes these as well. Every one of these tournaments I've been involved with has been a lot of fun, well worth the entry fees. I've spent a lot more money attempting to win the lottery, didn't even get to pre-fish, and certainly didn't get a cool t-shirt. 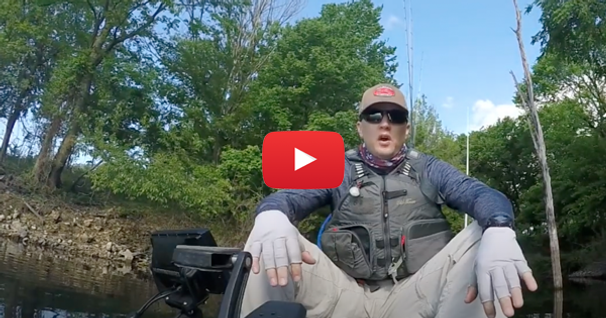 Here are the five things you need to do if you're just getting started in kayak fishing. All right, so… 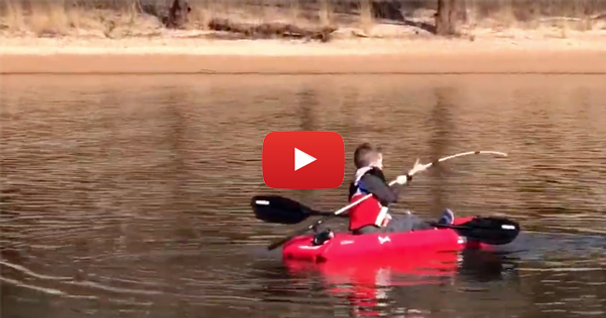 At first glance, you wonder if the 7-year-old angler is reeling in the catfish or if it's the other way… 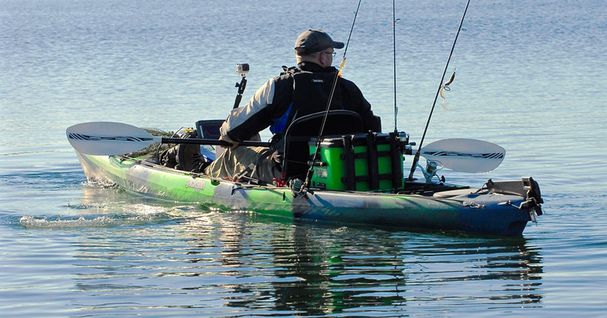 One of the biggest questions that I'm asked is, "Should I be paddling or should I be pedaling?" And…