Landing your kayak through a surf zone can be fun or terrifying. Fun if you know how to do it and terrifying if you don't. The thought of being picked up by a wave and being tossed around out of control is the usual source of apprehension. From my experience the operative word is control. Nobody likes being out of control.

There are many different strategies you can use to land through surf. The most common one is called the in-out landing. The basic concept is trying to get to shore by following the back of a wave. Your goal is to stay perpendicular to the waves and counteract the wave's force so you don't end up surfing toward shore thus keeping control.

As you learn how to do this you will see that timing, a supportive back stroke and a reliable forward stroke are the three of four key ingredients for success. The last ingredient being the necessary self-confidence/commitment to do it.

Keep in mind that you cannot paddle faster than waves in a surf zone. They will catch up to you. Therefore, you will eventually get hit by one or more of these waves as you try to land. The key is to pick the location so you have a better chance for control.

One of the basic rules in a surf zone is to avoid the area where the wave will break right on you. A great deal of energy is released where the wave breaks. It is best to avoid this spot. You want to get through that breaking area as quickly as possible.

Here are the step by step considerations for a successful surf landing using the in-out method.

As you approach the surf zone you are watching the area where the waves are breaking. You want to get as close to that spot as possible without getting caught by a wave. When you are out in the swells your kayak will only go up and down as the swells go under your kayak.

You want to paddle toward shore always keeping an eye out behind you for the next approaching wave. When the swell catches up to you do some backstrokes and let it go under you.

After the swell passes you by try to follow it in. However keep an eye out for the next building wave. Of course you have raised your rudder or skeg before you started your landing process. You don't want them getting broken off when your kayak touches the bottom near shore.

The closer you get to the break zone the taller and steeper the swell becomes. Soon it will be a breaking wave. This is where that good supportive back stroke comes in handy to help you back over the swell and not get surfed down the face of it.

The ideal location is to be where the wave is almost ready to break but you can still back over it. Here the paddler just gets over the wave even though it is breaking to the left of him.

As soon as the wave is in front of the kayak the paddler charges toward shore. Since this is the beginning of the breaking area the paddler will be through it before the next wave comes in.

As the kayaker paddles toward shore he/she is watching the next wave come toward them. Since the kayaker is past the breaking point they will now have to deal with the whitewater waves which are a result of the wave breaking. These will soon catch up with our kayaker.

The paddler still races toward shore knowing one of the whitewater waves will catch up to the kayak. The stronger your forward stroke the more distance you can cover before the next wave catches you.

As this next whitewater wave gets near our kayaker he/she begins their supportive back stroke so they can counteract the force of the wave so they do not get surfed toward shore. They want to back through the wave.

Remember to keep your kayak perpendicular to the wave so it provides the least amount of resistance to the force of the water.

Again, as the wave passes the bow of your kayak you want to chase it towards shore. Always keeping an eye out behind you for the next wave, knowing you may have to repeat the back up process a number of times before you reach shore. This in-out game goes on until your kayak touches bottom.

I have to say I find this area the most dangerous in the entire surf zone. Your kayak can touch bottom and you can end up spinning around. It is also possible to be turned sideways and get partially rolled over due to water moving up and down the beach. This is where damage to equipment and bodies usually takes place if it occurs.

Landing with some speed helps with your control. Your goal is to come straight in.

As your kayak touches bottom it is important that you dig in to hold your position. You do not want to get floated back out to a possible wave breaking on shore. Since most waves will be 8-12 seconds apart you only have that long to get out of your kayak before the next wave comes up on shore.

As the water rushes out it gives an illusion that you are still moving but you are grounded. That is why I tell my students to look up on the beach and not down on the water to see if your kayak is moving.

Practicing getting out quickly is a nice dry land drill. I have put friction tape on behind the back of my coaming (where I put my hands) to give me a better grip so I can exit quickly without my hands slipping off of the wet kayak. I usually toss my paddle way up on shore so I have hands free. Some of my friends like to put it under the deck shock cords. It is a personal choice.

Once out of your kayak grab the bow and head up the beach far above the high water line. That is when you can pat yourself on the back for a successful landing.

Remember to wear your PFD and helmet when launching and landing through surf. Also, keep those elbows pointing down during any high braces. See "Side Surfing Control" in case you end up sideways.

Practice with small waves on sandy beaches without rocks. Don't forget TNT. It is wise to have a partner on the beach (when you practice) that can come out and help you if you need it. They can be more useful if they know how to swim with a paddle. Once you get a feel for this landing method you can have your partner (on the beach) try to land you with paddle signals which usually follows the in-out theory.

I would be lying if I said you will not be capsizing in your learning process. That is why TNT and knowing how to swim and towing your kayak is so important. I suggest you plan on getting wet and dress properly for a long immersion if you had to swim the entire surf zone. If you keep at it the rewards are worth it. It is such a powerful feeling when you can launch and land through a surf zone and feel in control. It actually becomes fun. Then the next step is playing in the surf zone.

I also recommend you practice with a plastic boat when you are first learning. If you have to use a fiberglass or kevlar kayak make sure it belongs to your soon to be ex-best friend. ;-) One of the greatest things about kayaking is that pretty much anybody can hop in and do it. But you need… 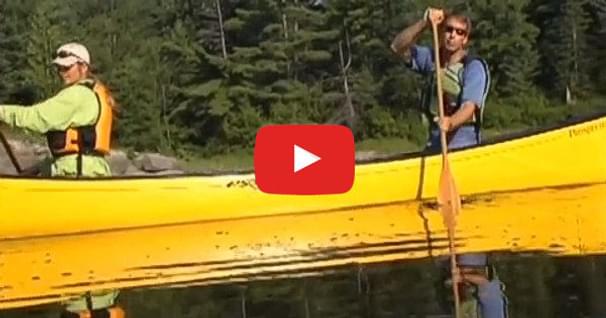 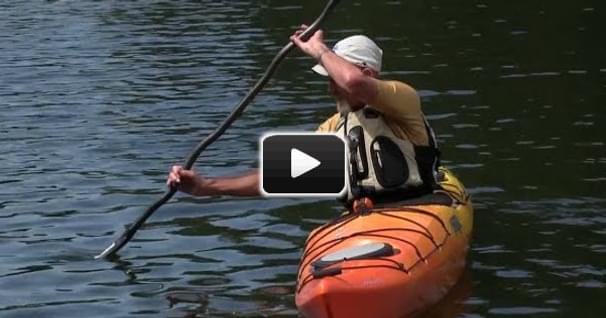 Sometimes you're going to want to go sideways in your kayak, and one way of doing that is a Draw Stroke… 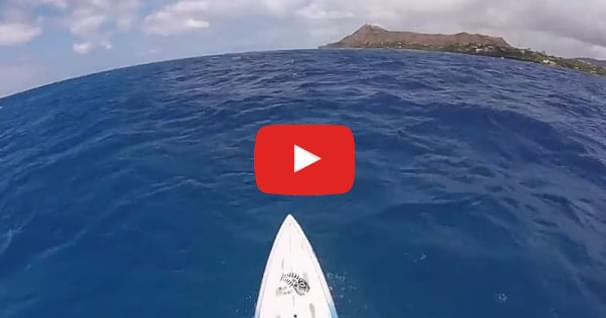 Hi, I'm Robert Stehlik with Blue Planet Surf. And I'm going to talk about the five most common mistakes…