Ferrying is the act of moving from one side of the river to the other with minimal downstream drift and like the eddy turn, it is a fundamental river running skill. It is accomplished by paddling your kayak on an angle somewhere between directly upstream and perpendicular to the main current in the direction that you want to move. Although every situation will require a slightly different approach, we're going to look at a ferrying technique that can be adapted to fit any situation.

To start, you need to come up with an action plan, which is again determined by your end goal and by the power and character of the currents you're dealing with. To keep things simple, we'll consider ferrying from one eddy to another across fairly mild and wide current that has no significant obstacles to contend with. Your goal is to reach the eddy on the other side of the river. The success of your ferry will rely heavily on your set up position and angle. You'll also need to break through the eddy line in control, maintain an effective ferry angle, hold a steady downstream tilt on your boat as you ferry and successfully break through the eddy line into your destination eddy. We'll now look a bit more closely at how you'll accomplish these things. 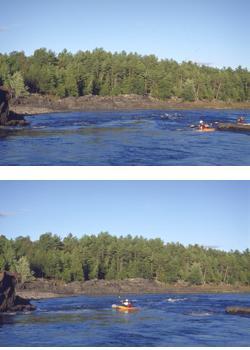 The most important part of your ferry is your entry into the main current. The key to ferrying is converting the upstream momentum you establish on your approach into lateral momentum as you cross the eddy line. This means that the less upstream angle you can get away with using, the better off your ferry will be. If you have too much upstream angle, you'll fight the main current more than is necessary. For the scenario we're considering, your set up and approach will be very similar to an eddy turn, although you might decide to approach with a little more upstream angle.

Continuing just as you would with a peel-out, tilt your kayak on its downstream edge, and use a power stroke to pull yourself completely across the eddy line. This power stroke will also be responsible for establishing your ferry angle by preventing the main current from turning your boat downstream. This means that the power stroke you use for the ferry may not be quite as vertical as the power stroke you used for the eddy turn, because in the ferry you need this stroke to provide some turning power. Be careful that your power stroke doesn't provide too much turning power, as this would angle your kayak too far upstream or even back toward the eddy.

Now that you're in the main current with a good angle on your kayak, you're well on your way. At this point, your job is to maintain your ferry angle and your forward speed while holding a steady downstream tilt on your kayak that prevents your upstream edge from catching. The scenario we are considering involves a wide section of river, so you need to keep paddling your way across the current while balancing your boat on edge. As you do this, keep glancing at your target. Keeping track of your destination will let you know of any adjustments you need to make to your ferry angle along the way. If you find yourself moving upstream of the destination eddy, this means you have too much upstream angle and you must ease it off a little. If you're drifting downstream of the eddy, this means you need to use a more aggressive upstream angle that fights the current more (turn the kayak more upstream). 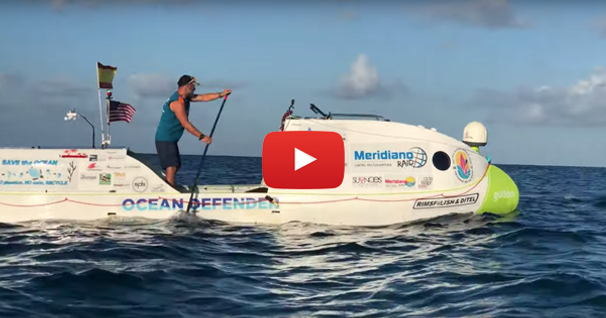 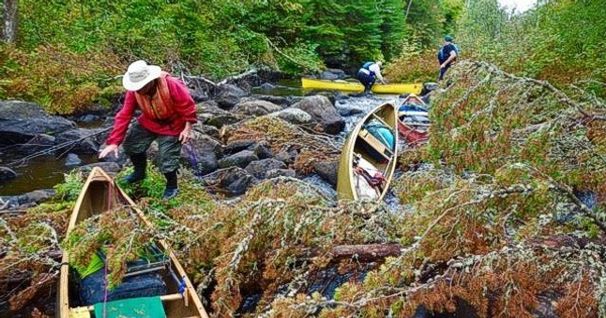 Funny, how one's perspective on things changes with age. Trips that are easy when you're young become…

Lateral momentum refers to the speed we generate perpendicular to the main current. For most river… 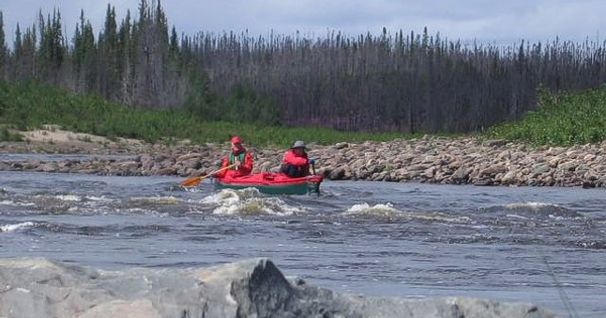