The world of food and nutrition is constantly evolving and changing. This week, food columnist Anne-Louise Desjardins explores a new trend that has been part of the daily regimen of millions of people throughout the world and is now slowly but surely reaching North America: adding insects to our daily regimen. Dare to try?

When I was a kid, I remember my great aunt telling tales of her experience nibbling on deep fried grasshoppers during happy hour on an expedition she had taken to Central Africa with a group of missionaries. She said it was delicious and tasted like crispy peanuts. My inner vegetarian (already very strong at the time) was totally disgusted at the idea of eating insects. But at the time I could not consider eating shrimps, oysters or anything resembling a living creature either!

Food for thought for athletes

Well, 40 years later or so, I must say that my still strong inner vegetarian is a little less reluctant about the prospect of snacking on insects. Rest assured: I’m not going to offer new sexy recipes to help you incorporate those protein-packed critters to your menu; I’m not ready to try them myself, even when presented with the opportunity. But I’ve noticed in the last year a burgeoning interest among athletes (especially triathletes) for the stuff that certain insects are made of. There is certainly a new food trend emerging in North America.

Already eaten by 80 % of the world’s population

In Montreal, for instance, one of the most popular family exhibitions this summer is held at the Insectarium, with the “Croque-insectes” activity – (Insect tasting), which lets visitors get accustomed to this new food, and which explains, among other things, that many people around the world have been adding this form of animal proteins to their daily regimen for a very long time. Entomophagy (or eating insects) is said to be popular throughout the world: around 3000 ethnic groups in several parts of the world, including Central and South America, but also in Australia, New Zealand, Africa and Asia are consuming 1000 different types of insects in different forms. This is the kind of knowledge one gets by attending this fascinating exposition. I must say that I was amazed by this reality. Insects are, indeed, a strong food source for about 80 % of the world’s population. In fact, the FAO (Food and Agriculture Organization of the United Nations) has registered 1900 types of insects that are appropriate for human consumption. I didn’t know that…

During the exhibition in Montreal, visitors can order a large range of foods made with insects: cricket burgers or falafels, tacos with silkworms, crispy squares with whole crickets, maple and soy entomo-mix, soft ice cream dipped with termite chocolate. All those recipes were prepared by professional chefs and are supposed to taste amazingly good!

Last spring, I was co-hosting a food show in Quebec City where 25 of the best chefs of the city showcased some fancy appetizers for a charity event. One of those great cooks was offering grissini (crispy Italian bread sticks) generously sprinkled with cricket powder to a group of business people, and boy, was his booth popular! I must admit that I politely but firmly refused to taste them; shame on me! I know that it should not be perceived differently then eating small shrimp, for instance; I’m just not ready yet, but I know that many people are! Just bear in mind that not so long ago, people were disgusted by lobsters and farmers were throwing them in their fields as a form of natural fertilizer. Today, it is among the fanciest foods on the market!

Perfect protein source for many sports

Recently, I also watched with a bit of fascination a trio of young triathletes introducing another group of business people to their new product on a popular start-up TV show: an energy bar also made with cricket powder, which is gaining amazing popularity among endurance sport aficionados (cyclists, long-distance swimmers, runners, triathletes, etc.). The fact is that the business mentors were so interested in the promising future of this out of the norm food that they decided to invest in this young and very promising company named Naak. So far, they already have a group of reknowned athletes who support them, by posting videos of their love for the bars and how they help them perform better. These bars were developed in partnership with a nutritionist and a Montreal chef. Each is loaded with 10g of proteins and only 210 calories. The flavors include choco-orange and choco-banana and one of the founders told me that more flavours are presently being tested.

Food for paddlers too!

So, I wondered, what about paddlers? They will probably become part of the trend soon enough, since the young Naak company has plans to expand its offering of energy bars everywhere in North America soon. They are being distributed throughout Quebec and Ontario and are also available online. Even if I’m not among the outdoors fans who plan to add this anytime soon to her dry bag for my kayaking expeditions, I must admit that this choice of eating insects may be a very clever one... one that has already been recommended by the UN (United Nations) in the 2013 report Eating Insects: Future prospects for food and security stating that insects should be incorporated to human alimentation.

The rational behind this is simple: insects are a renewable resource, which contributes very little – if at all – carbon footprint, they are cheap and easy to produce, they are loaded with probably the best quality proteins (which is important for long distance and endurance sports such as sea kayaking) and they can be prepared in several different ways. Not to mention the fact that they can easily be camouflaged in many recipes, such as muffins, bars, cookies, fruit crisps, veggie burgers, cream soups, dressings, and the like.

Now, how easy is it to find cricket powder (or other forms of insects) on the market? It’s pretty easy, actually. You can find it via Amazon, but why not go directly to the source and order directly from a few producers? Created in 2010, Entomo Farms is located in Ontario and sells this form of concentrated proteins in the form of roasted crickets or flour which contains 70 % proteins to anyone who wishes to try it. They also offer advice on how to best incorporate this newcomer to regular meals; for instance, they recommend that you start by replacing 10 % of regular flour with cricket powder for a protein punch. Another company based in Florida, All Things Bugs, commercializes cricket flour under the trademark Griopro®.

According to Entomo Farms and the creators of the Naak bars, crickets, for instance, contain 1,6 X more calcium than milk, twice the proteins, 20 times more B-12 vitamin than beef and 2 times more iron than spinach; they are also rich in potassium, omega-3 and 6 fatty acids and are loaded with 6 g of fibers for 100 g of crickets, whereas beef (or any other meat) has none. From an environmental point of view, they are also very interesting, especially when compared to meat. For instance, they produce 100 times less greenhouse gas emissions than beef for the same ratio of proteins, require almost no water (while 2200 litres of water is needed to obtain 100 g of beef), they release no methane in the atmosphere and they require 12 times less feed to obtain the same quantity of protein than beef. Not bad, right?

So, ready to become enthomophageus? 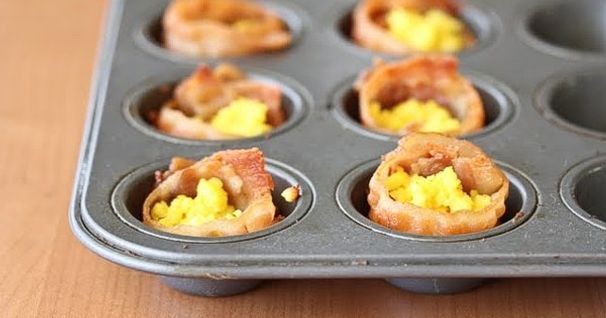 More and more athletes like to eat small meals 5 to 6 times a day for optimal performance. For paddlers,…

The beginning of a new decade sounds like a good time to reflect about our little planet... While we…

Baking in the Bush

Baking such things as bread, brownies or bannock on a trip does a lot for me personally. The act is…