Some years ago, I had the privilege of taking a FreeStyle canoeing class from Karen Knight and the late Tom Mackenzie--two of the world's top instructors. There were about 50 in attendance, mostly young women in small solo canoes. Many were new to the sport; some had paddled only a few months; yet, they were much better at FreeStyle moves than me. My problem was that I just couldn't shake the burned-in whitewater procedures I'd honed from decades of canoeing rapids in loaded canoes. The to-the-gunnel canoe leans, choked paddle braces and s.l.o.w paddle moves with wide-bladed paddles, defied methods that had worked for me for decades. Still, I vowed to keep an open mind. I marveled at how these relatively new paddlers could dance so beautifully on the water while comparably, I was a klutz.

One day, we gathered to canoe a local river. The water had a gentle current and enough obstacles to keep things mildly interesting. Problems surfaced immediately: canoes broached in the riffles, grazed rocks and snagged in vegetation on the outside bends. I watched in confusion, wondering how this could be? After all, there was nothing here that required more than casual canoeing know-how. Yet, my new friends, who were so accomplished on dead-flat water, were crashing and burning all around me. There seemed to be no carryover between their paddle-on-the-pond ballet art and this gently moving river.

A year later, I made a week long canoe trip in the Adirondacks with some friends, one of which was a nationally known FreeStyle guru. All went well until we encountered white caps on one of the lakes. I thought they were no big deal, but our friend was seriously scared, so we put ashore to wait them out.

Later, I had a similar experience with a friend who is an expert Class III-IV whitewater boater. We were paddling loaded solo cruising canoes (Bell Yellowstone Solo's) on French Lake in the Boundary Waters, a big wind at our tail. I braced and comfortably rode my horse across the lake with no concern at all. But my whitewater friend was uneasy and feared to go on.

Hmmm...I wondered? Why was my accomplished whitewater friend intimidated by these 18-inch high waves which I viewed as just a fun ride? 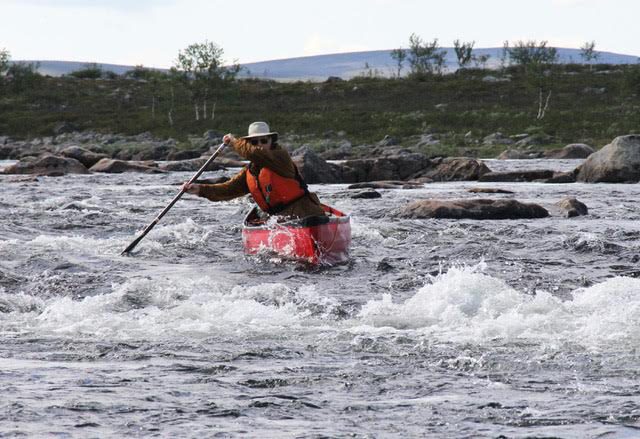 The most probable answer is that what works best in a given canoeing discipline (i.e. whitewater, quiet water, FreeStyle, racing, tripping)--and in a given canoe--doesn't always work best in other disciplines and different style canoes.

Some examples: Accomplished whitewater paddlers use a snappy "thumbs-up J" stroke to keep their skittish solo canoes on course.  This stroke is powerful and it quickly converts to a low brace (essential in pushy water), but it's not fluid and it wastes energy. Canoes wigwag slightly when they're paddled. Practiced solo paddlers opt for the more efficient "thumb-down" pitch/solo-C combo which keeps a dead-straight course. They unlovingly refer to the Thumbs-up J as the "goon stroke" (seconded by the late Bill Mason).

Another example: If you use a bent-shaft paddle in your canoe (which just about everyone does these days) you must necessarily use the power side (rather than the angled back-side) of the blade to execute a "low brace". Reversing the blade to brace is awkward and time-consuming--it could be disastrous in rapids. Then there's the philosophy of "back ferry" versus "forward ferry" technique. Whitewater sport boats spin (easily) and forward ferry around obstacles; stiffer-handling tripping canoes generally "backferry" around them.

As you can see, what work best in one style of canoe may be awkward--even dangerous--in another style canoe. This was made clear to me on a recent Buffalo River trip where everyone but me was a hotshot rapids rider. Indeed, one man had successfully canoed the Grand Canyon in a whitewater solo canoe! Naturally, I was intimidated by his expertise.

But there were no specialized whitewater boats on this trip. Instead, we all paddled similar solo cruising canoes that by design, are marginal in rapids.  Very high water on the Buffalo brought big waves and lots of obstacles to avoid. My friends did fine but surprisingly, their moves were often less elegant than mine.

Probably because I have spent thousands of hours paddling small solo cruising canoes, and I've learned exactly what they can and cannot do. But my friends were relatively new to them. They were (quickly) discovering that these little boats handled much differently in moving water than the hot sporty boats they always paddled--a revelation similar to what one might experience if their daily driver was a Mazda Miata and suddenly they switched to a less capable sedan.

The point is, If you stick to just one type of canoe and one style of paddling and close your mind to different boats and paddling techniques you will be at risk for unfamiliar stuff that comes your way. Then, a repertoire of skills gleaned from other disciplines can save the day. 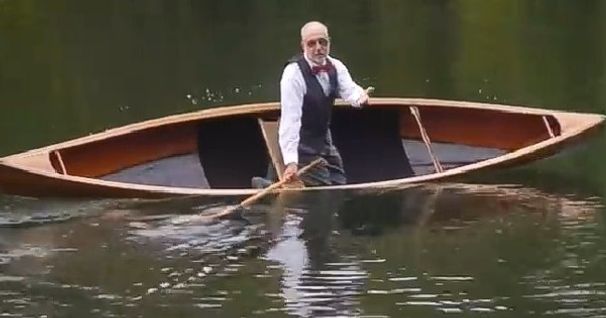 For years, I've envied accomplished FreeStyle paddlers and have tried to copy their moves. But doing… 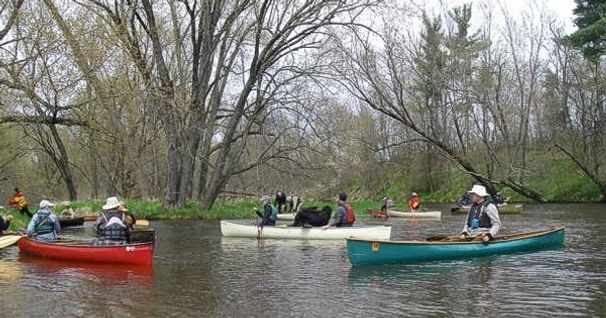 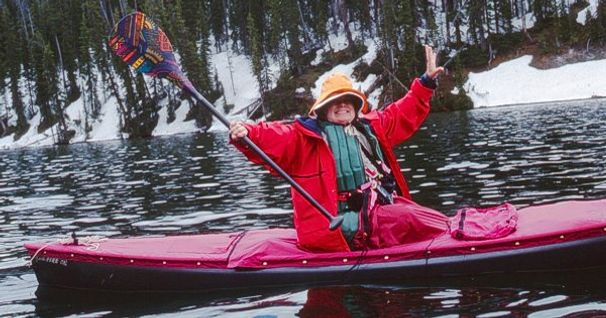 Tips for Buying that First Canoe

For most people, a "first" canoe is like a "first" car - functional and reliable, but often stodgy and…