Many years ago, I capsized in a rapid on Ontario's Steel River. The canoe slammed a boulder and incurred considerable damage (see photo). Seconds before the disaster, I called "right-go right" to my novice bow partner! A cross-draw would have pulled the bow around and saved the day. Instead, she "drew" left and pulled us right into the rock!

The woman blamed herself for the mishap, but I insisted it was my fault. Why? Because I had taught her to respond to the commands of "draw" and "cross-draw", not "right and left". In the heat of battle, beginners often confuse signals, especially right and left. I should have known better.

Another example: There's a 20 meter falls along the North Knife River (Manitoba) that requires extreme caution. We put ashore well above the drop and prepared to line the boats to a rock shelf near the lip, where we would portage. It was an easy line. As a safety precaution I gave specific orders to "Use the stern line only".

The first three canoes had no problems, but the fourth capsized as it entered the current. The man let go the rope and the canoe headed for the falls. Fortunately, my wife, Susie, leaped over a parked canoe and grabbed the floating line.

What went wrong? This canoe had been snugged to shore, bow facing upstream, whereas the bows of the others all faced downstream. An attempt was made to turn the boat so that the stern (and stern line) would be upstream. As the bow spun out, it caught a rock and the canoe swamped. My fault again: I should have said: "Use only the line on the upstream end of the canoe."

Poor communication may have a humorous side, as this account from my book, EXPEDITION CANOEING, reveals:

"Two experienced canoeists were lining their 18-foot Grumman around a rapid on the Kanaaupscow River in Quebec when, without a word, each simultaneously let go of his line momentarily. The canoe, now free, slipped quietly away and out of sight down the rapid. The disgruntled canoeists walked the shoreline of the river and carefully searched the rapid for signs of the canoe. Nothing!  Did the craft dive for the deep currents and become wedged between rocks? The pair had sat down at the edge of the pool below the drop to contemplate their misfortune when the canoe, bone-dry and undamaged, mysteriously floated to shore within a few feet of where they were sitting. Joyously, the men climbed aboard and smugly waited for their friends upstream to finish the half-mile-long arduous task of lining the rapid."

These cases show what can happen when fuzzy thinking or adrenalin clouds clear communication. This said, why, has it taken me nearly a life time of canoeing wild rivers to appreciate the value of following my own advice? 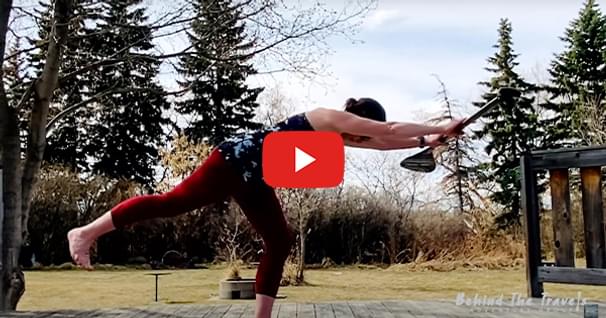 Lisa Stocking takes you through a 5 minute paddle exercise routine. This routine is great for all kinds… 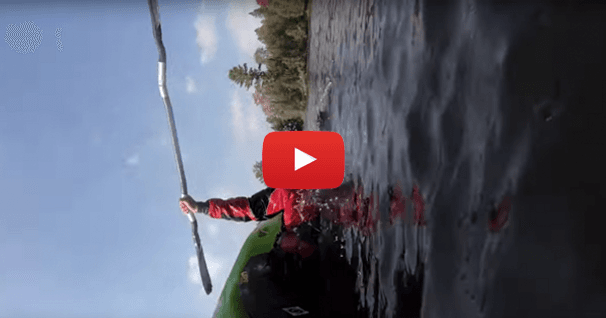