For many years, canoes were the most accepted form of self-propelled water craft from which to fish. Then, a wave started in California that prompted the eruption of the sit-on-top fishing kayak frenzy. That frenzy rages on, but now there are some other options for us to consider. Call them "canaks"... call them "kayoes"... call them hybrids... call them anything but traditional. These new boats are definitely worth taking a look at. And, they definitely make you stand back, look at your current ride, and start finding things that could be improved.

This year, there are a lot of new products for us to make room for. In this installment, I'll focus on 3 lines of boats.

NATIVE WATERCRAFT starts the list. They're the new kids... the folks that stood back and opted to fill a void rather than pile on to the heap. Consider that void plugged.

They offer 3 models - The Ultimate, the Magic, and the Compass. For this article, I'll omit the Compass because it really does appear to be mostly canoe and not as much a hybrid. It's still a bad little canoe though, loaded with features not found on most canoes. But, let's dive in to the other two - the "Ultimate" and the "Magic".

The ULTIMATE is the hybrid for the canoe_head. It has an open cockpit design but the hull is definitely kayak inspired. It comes in 12', 14' tandem, and 16' tandem models. It boasts numerous patented or trademarked features:

All of the Ultimate model's are available in composite (Elite). They're lighter (43 lbs vs. 55 lbs for the 12' model), and that'll cost you a bit. But the finish is absolutely gorgeous.

Here's a glimpse of the 12' Ultimate in traditional rotomolded poly.

The MAGIC is the hybrid for the kayak-head. It's offered in 10', 12' models, along with a 14' tandem - rotomolded poly only. The more I look at this boat and wade through the features, the more impressed I become. I'm a kayak guy, so it really speaks to me. It includes many the patented features of the Ultimate, but throws in some other subtle treasures. Notice the lacking front hatch. For me, I rarely use one. And when I do, I can't easily access anything in it unless I get out of the boat. The Magic gives you more storage space you can actually get at. It includes typical kayak drain scuppers, with plugs on tethers. It offers a hatch behind the seat that will allow you to slide your rods into the hull for safe transport. Finally, a rudder can be added to any of these 3 models.

MAD RIVER CANOE has a new kid to talk about. The Mad River folks are the veterans. They've been making top notch canoes since 1971. So what happens when a canoe company enters the sit-on-top kayak market ? "Synergy" happens. Synergy is defined as "The interaction of two or more agents or forces so that their combined effect is greater than the sum of their individual effects." Defined, that's an established canoe company putting their spin on a sit-on top kayak. They made the joining of forces appear seamless.

Rightfully named, SYNERGY is result. It is offered in 12' and 14' base models, which have molded rear rod holders, adjustable backrest and padded seat, and mesh gear covers for the front and rear decks. The angler models feature a rod holder on the console. The 14' model can be optionally equipped with a rudder. As I check out this boat further, I see that it would easily lend itself to allowing the angler to sit "side saddle". To me, that's huge. So imagine yourself, sitting sideways, and being able to reach gear (or beverages) stowed away in the front and rear decks. 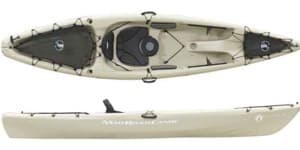 THE SPACE RACE One common thread that I see in all of these boats is the race to maximize the use of available space. The canoe has long been the water mule because of all the gear that could transported in that cavernous open hull. These 3 boats attempt to provide us with the best of both worlds, and I for one, am seeing their vision. I am now presented with a space issue myself … where can I put "paddle-craft for fishing" #6?

For more info on the Native Watercraft stable, check out:
http://nativewatercraft.net

For more info on the Mad River collection, go to: http://www.madrivercanoe.com/new/2007/

CLARIFICATION ABOUT A PREVIOUS ARTICLE: A while back, wrote an article about the "One Lure Challenge" created and administered by a buddy here in Florida, Erick Bell. In that article I concluded:

"If you're ever in Florida when one of these events are scheduled, please participate."

That part is true … the final segment of the Florida OLC series will happen on April 28th. I bought my lures Saturday, I'm ready to go. If you're in the neighborhood and would like to donate your entry money to me when I win it, here's a link for more info:

"The same concept can be applied on your home waters too - why not start an OLC series of your own? But, if you decide to kick-off one of these tournament series, I do ask that you send Erick a donation for his laptop fund."

That statement was wrong.

Erick has poured heart and soul into this very successful series, so absolutely do NOT start one of these series on your own. Should you have an idea for such an event, please contact Erick via either of the links I provided.

My apologies to Erick Bell and any of you if I pointed you in a wrong direction. 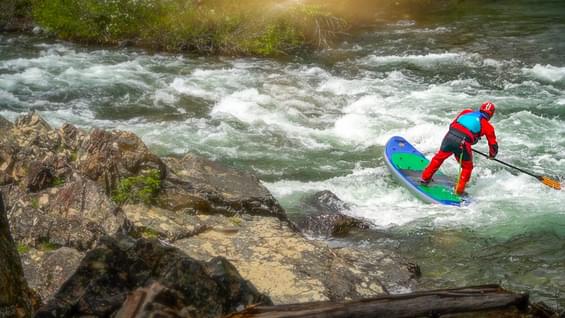 *This article is sponsored by Sawyer Paddles and Oars

After the raw dimensions of length, width and depth, canoe performance is determined by hull shape.… 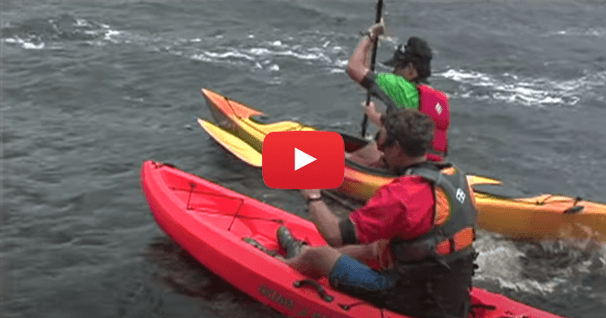