One of the great things about kayaking is that on the very simple level you can just slip on a life jacket, grab a paddle and start paddling around without any prior experience. But of course, learning proper technique will let you paddle more effectively, comfortably and safely. In this video, we're gonna look at three techniques in particular that all kayakers should know and practice.

The first technique we're gonna look at is how to re-enter a kayak from the water. Regardless of what type of boat you're paddling, it's gonna be a lot easier to reenter a kayak with a friend there to help hold and stabilize it. You'll then hold onto the side of the kayak and let your legs float to the surface behind you. As your friend holds the boat tight, you'll give a powerful kick with your legs and push with your arms to haul your chest up onto the kayak. Keeping your center of gravity as low as possible, you'll twist around and settle into the seat.

Something to know is that Sit-On-Top kayaks are much easier to re-enter from the water, because water drains off them, so they don't get swamped. For Sit-Inside kayaks, unless you've taken a sea kayaking course and are using a kayak with at least one bulkhead, which is a wall inside the kayak that separates the kayak into unique compartments, so the whole thing won't swamp, then you're best off staying close to shore where if you do flip you could just tow your boat ashore and empty out there.

The second technique that all kayakers should know is the Draw Stroke. Draw strokes are used to move your kayak sideways and they're incredibly useful maneuvering strokes for pulling yourself up alongside something. The basic draw involves reaching out to the side, planting your blade and then pulling your boat and body sideways towards it. To make the stroke the most effective rotate your head and body to face the active blade. You'll then plant the blade fully in the water and reach across with your top hand to get your paddle shaft as vertical as possible. Your lower hand then pulls in towards your hip, while the upper hand stays relatively stationary, acting more like a pivot. Just before your blade hits the side of your kayak, you need to finish the stroke by slicing the blade out of the water towards the stern. This is the basic draw stroke technique, but there are more advanced and powerful draw strokes you can learn, like the sculling draw. But that's a story for a different time.

The third technique that all kayakers should know is the Sweep Stroke. The Sweep Stroke is the best way to turn your kayak when sitting still and a good way to make course corrections when you're in motion. The forward sweep starts at your toes, blade fully immersed, with your hands and paddle held low to the water. Unlike the Forward Stroke, which gets pulled alongside the kayak, the idea behind the sweep stroke is to sweep a wide arcing path with your blade as far out to the side of the kayak as you can. Something to note is that I'm not gonna change my hand position on the paddle while I'm taking the sweep stroke. But what it will mean is that as you take the stroke, one hand is gonna be out over the water, while the other hand is low in front of your stomach. Continue sweeping the blade out and around until it approaches the stern of your boat, where you'll slice it out of the water and move to your next stroke. To get the most power for the sweep stroke, sit upright in your kayak and watch your active blade throughout its arc, because this forces your upper body to rotate during the stroke which gets all your core muscles involved.

Well, there you have it, three techniques that all kayakers should know. Needless to say, there are lots more paddling techniques that let you paddle more efficiently, comfortably and safely. 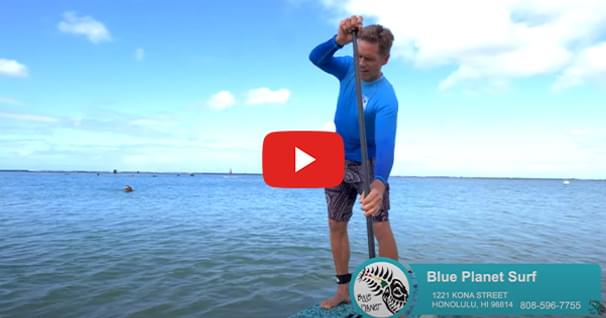 How to Engage Your Core Muscles While Stand Up Paddling 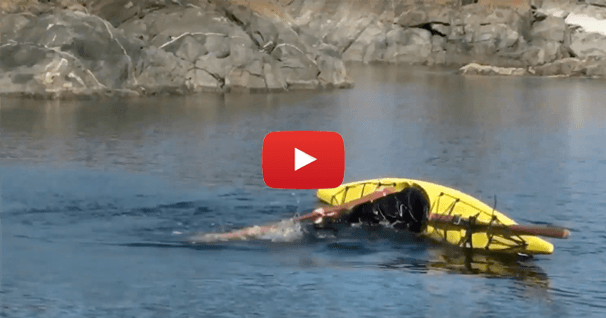 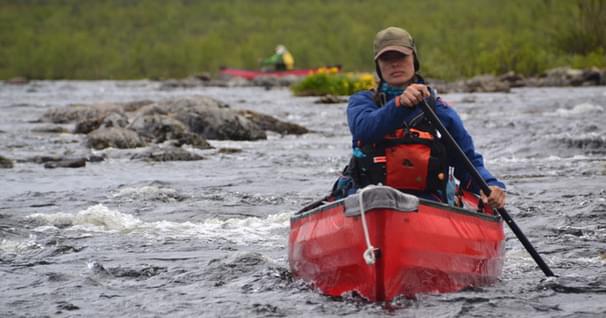