Updated for 2020, this true touring kayak was lengthened to accommodate more room for you and your gear. The inflatable V hull (with removable skeg) is more stable and comfortable than ever and offers greater load capacity. Get away from it all for some quality time on the water. It’s perfect for a day of light touring or even an extended lake camping adventure.

Read and submit reviews for the Sawtooth.

Where to Buy the Sawtooth

Read reviews for the Sawtooth by AIRE as submitted by your fellow paddlers. All of the reviews are created and written by paddlers like you, so be sure to submit your own review and be part of the community!

I've owned half a dozen…

Submitted by: rtnospam on 7/17/2013
I've owned half a dozen inflatable kayaks and 3 hard shell kayaks over the years. The Sawtooth I is up there as one of my favorites. It's easy to inflate with a foot pump (~10 minutes); I like that I don't have to inflate the seats and can just use the comfortable Aire Cheetah Chairs (I bought an extra one). Two people can use the Sawtooth I despite the "I". It has dozens of loops on the floor to tied down seats or gear.

The speed feels close to the Innova Sunny, I can't tell which is faster. I sold my Innova Sunny so I could buy the Sawtooth I. I wish they sold the Sawtooth in red or blue instead of yellow. I was worried the yellow would attract bugs, but have not had problems with that at all. So far it has stayed relatively clean; I applied some protectant before using it the first time.

I took two points off the rating due to the retention of water. Aire kayaks are quite durable due to their skinned approach (outside layer and an inside bladder). However, water finds its way into the boat and it takes a long time to drain it out. After I fold it up I put the bundle on its side to drain for a few minutes before putting it in my car on a tarp. Then at home I unfold it and take a towel to it again.

On rivers it handles well. In deeper water I always put the skeg on, and am pleased with how the Sawtooth tracks. It's a comfortable craft for paddling into the middle of the lake on a sunny day, leaning back, and relaxing. Love it!

I bought one of these boats…

Submitted by: guest-paddler on 6/6/2011
I bought one of these boats for my wife originally so that she could enjoy kayaking without having to worry about a large heavy boat. Also we could stow it easily on our yacht. It has worked out to be a real treat- much more than I expected and that's from somebody who has been a kayaker for more years than I want to count - it paddles well with good run - more run than you would expect for an inflatable. Very comfortable too in our subtropical climate.

I was so impressed I bought a second one so that we could both enjoy them together. I can't comment on how long the material will last but from what I can see these boats are well made of durable material. You just have to remember to get a 12 volt high volume low pressure pump though (I only bought a cheapie too) because otherwise you'll be there all day pumping up the three bladders (in my case 6!!!).

To be fair I enjoy the Sawtooth more than my hard TK1 because of its versatility. I just wish I had the inflatable when I was last in Vanuatu - I would have seen a lot more of the place that way. What I really enjoy is the fact that I can lay back and just relax like I am on an inflatable airbed. Try that in a hard skinned boat whether it is a "sit in" or "sit on". The molding or the small hole that you sit in makes that impossible. I used to have to go ashore to lay down if my back got sore from paddling. Now I can enjoy laying back and experiencing the mesmerizing sensation of the water on the boat. Very nice... and relaxing. Good for a sun tan too if you need one.

posting this review because…

Submitted by: paddler233833 on 10/4/2010
posting this review because there isn't a whole lot of reviews of this inflatable out there. This is my first kayak period, I decided on an inflatable for ease of transport etc. & the Sawtooth is one the fastest inflatables available. I bought an American made prototype from the boat people last fall & after a nice summer I am very impressed.

Set up is a breeze as with most inflatables, using a bravo 6 pump I can inflate this boat in approx 10 min. I didn't care for the factory cheetah chairs so I bought a gts sport seat which simply clips into place in seconds. There is no footrest w/ the kayak so I use an Aire thwart seat as a foot brace. there are a lot of tie downs to accommodate such accessories (32 I think).

On the water this kayak is STABLE & tracks true w/ the removable skeg. On the stability it really shines, I have had this boat on Lake Erie in some serious chop & never once felt insecure about tipping over. I've had decent sized waves & boat wakes hit this boat from all sides & it simply handles them all perfectly. Self rescue is a snap, just grab a side tube kick your feet,pull up & you're on, it's that easy (I'm 5'7" 185).

This is a fairly fast kayak (again for an inflatable), at first I was disappointed with the speed, but I was using a super heavy paddle & had no idea what good paddling technique involved. After much research, money on paddles (Eddyline windswift for longer trips & Mitchell escape for sprints) & a lot of practice I found I was going farther than I ever thought possible when I first started.

Touring the western basin of Lake Erie, I was paddling for distances of 6 to eight miles in 2 to 3 hrs. this kayak probably maxes out at 4 mph at all out effort but a normal cruising speed is around 2.5 to 3 mph depending on the wind & surf. speaking of wind this boat isn't all that affected by it, the single side tube are low so you don't blow around too much.

Again it tracks straight, there is no wag in the front end as you paddle. It is also fairly responsive & turns well considering it's length & beam. The only cons I can find is this boat is it's sort of heavy (approx 42 lbs), compared to an Innova Sunny it's only real competition it's about 12 pounds heavier. this is a bladder boat also so it will take on water between bladders & the pvc skin after a long tour especially in rough water. Folding it up after use I pick the boat up, squeeze & water drips out for a minute or 2. bladders also gives this boat a longer drying time & you better clean it in hot weather or you will get a nasty smelling boat if it sits too long folded (yea it happened to me)

The bailing holes to me are more of a downside than a plus. again I have the American made prototype & the bail holes on this boat are a bit larger than the Chinese version but I find I'm sitting in a puddle of water, sometimes big sometimes small. during the hot months I don't care but now as the weather is getting colder I do. I am trying a wide array of duct tapes to cover the holes (none seem to want to stick to this damn pvc!) & have met some success.

This is a very well designed boat, if you are in the market for a easy to use performance inflatable kayak this is it. kudos to the guys from Aire, it's been a good summer. 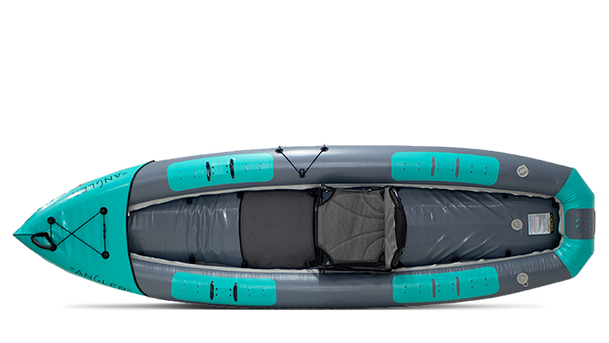 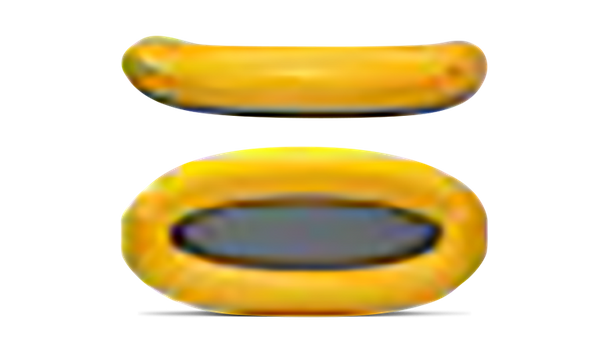 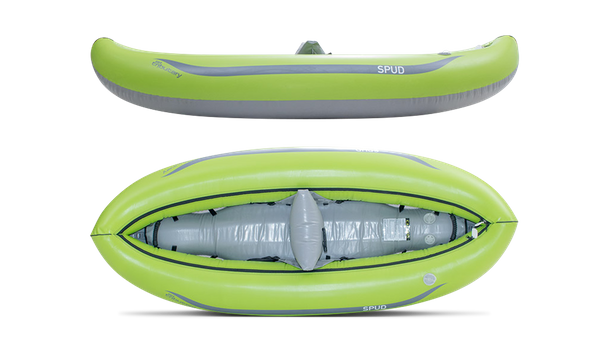 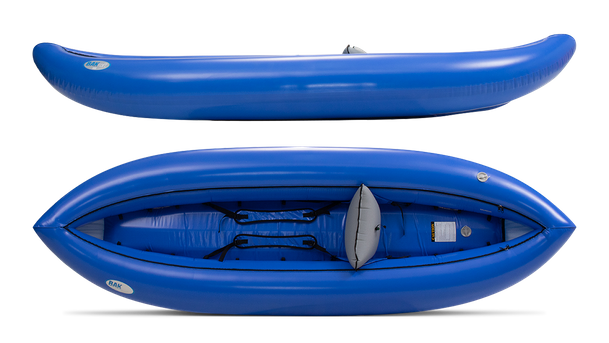