Read and submit reviews for the Probe 12.

Read reviews for the Probe 12 by Mohawk Canoes as submitted by your fellow paddlers. All of the reviews are created and written by paddlers like you, so be sure to submit your own review and be part of the community!

The Probe 12 is a very sturdy…

Submitted by: paddler235710 on 7/5/2014
The Probe 12 is a very sturdy boat. It holds up well over time on the river. Even paddling low-level water, and getting stuck on or in between rocks is no problem in this boat. It is perfect for the beginning oc-1 paddler.

I've paddled the Probe 12 solo on plenty of whitewater. While no oc-1 boat is perfectly comfortable, I can testify to the saddle on this boat being considerably more comfortable than other counterparts. Additionally, the thigh straps on this piece make bracing, and surfing considerably easier.

Overall, a great buy. It will hold for many years of rough use. As always, shred the gnar- and happy paddling.

Submitted by: ohioboater on 10/23/2006
I have owned a Probe 12 for several years, using it as my primary whitewater boat for mid-Atlantic and SE class 3 runs. I get out probably 20-30 days per year. For comparison, I have spent at least some saddle time in the following other solo boats: Outrage, Impulse, Ovation, Encore, Caption (tandem set up as a solo).

The Probe 12 is quite stable. This can be a mixed blessing - when you're learning, it makes for fewer swims. When you get good, it makes technical moves and play more difficult, since the boat doesn't register subtle changes in lean angle or paddle pressure very well. Its stability also may contribute to needing perfect technique to roll consistently in the sorts of conditions likely to make you flip in the first place. Or maybe I'm just not very good at rolling a canoe…

The Probe doesn't have as much rocker as many newer solo boats. In class 2, that won't really be too noticeable, but in bigger stuff you have to plan ahead and use wave peaks and small eddies/holes to assist with making quick turns. For surfing and ferries, you need to be very careful of your angles and assertive with your correction strokes, otherwise you'll find yourself getting blown downstream pretty quickly. The boat isn't super dry and will take on a fair amount of water if you spear a wave or hole head on. On the other hand, it's decently fast. I've done attainment moves in my Probe that I couldn't do in either an Ovation or an Outrage.

Overall, I wouldn't call the Probe 12 a great design, but it's not terrible either. I find it a decent compromise - enough performance that I can enjoy it in class 3 but not so twitchy that I have to be on my "A Game" 100% of the time. When my Probe 12 wears out, I'll probably replace it with something else, but until then it gets the job done just fine.

Pound for pound and dollar…

Submitted by: guest-paddler on 10/4/1999
Pound for pound and dollar for dollar the best recreational ww open boat out there. Despite tendency to end damage from rocks on steep creeks and bony III-IV, it is still a great buy. This boat has done every major run in Appalachians including Upper Yough, Moose, Section IV, Watauga, etc. Excellent creeker. Good in big water. Tends to be edgy with bigger driver (over 220#). Very quick in turns and peel outs. Great wave surfer, good in holes. Somewhat wet but still paddles well when full - suggest full side foam paneling to reduce slosh. Rolls with ease (see previous). Lots of initial stability so you need not be on it constantly. Lots of final stability so you can make some mistakes. Fairly quick out of the hole. Good top end speed with strong paddler. Power moves are effortless. This boat will go where only kayaks dare to tread. Highly recommended for advanced intermediate to expert. Also suggested for beginner up to 200# and smaller paddlers. There are a few open boats that are better recreational ww canoes, but only for $300+ more.
Probe 12
by Mohawk Canoes
Submit Your Review 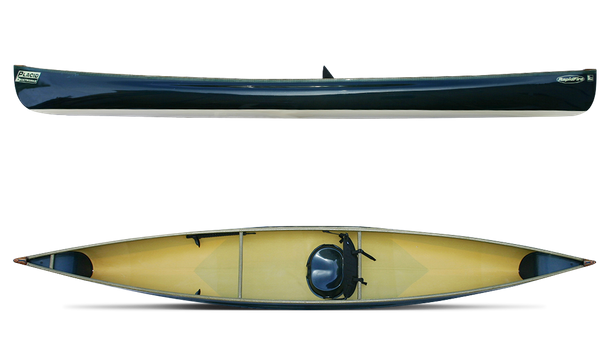 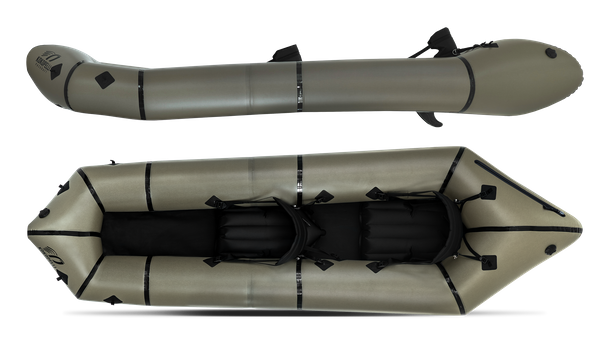